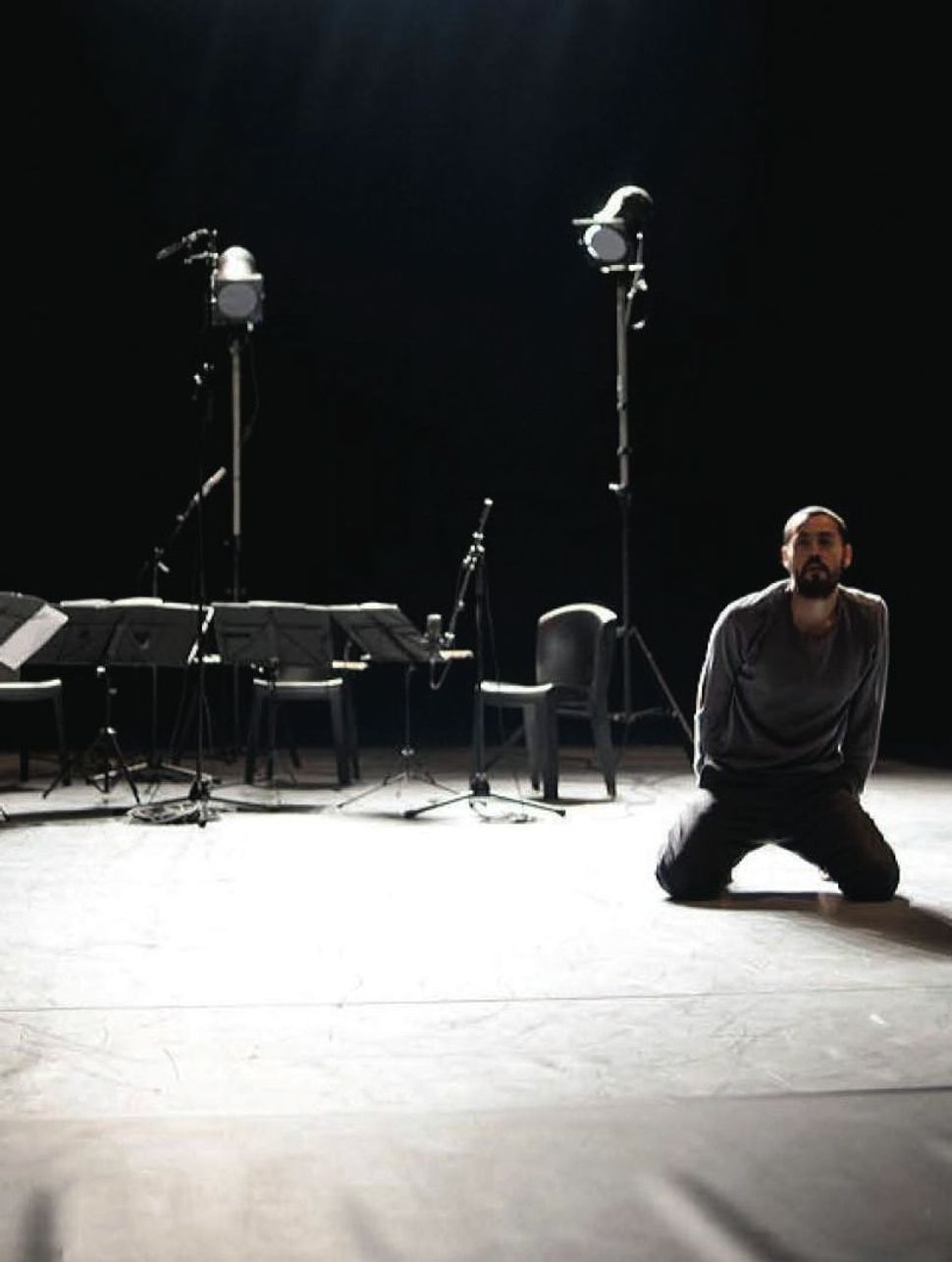 “There is a certain feeling of ‘in-between’ that you inherit as an immigrant. My life as an artist has expanded this feeling,” said Arkadi Zaides in an interview with The Arty Semite. “Living all over the world, performing and choreographing, it is hard to say what constitutes my home. My home is everywhere.”

Zaides has always felt like an outsider, both artistically and personally. Born in Belarus, the choreographer moved to Israel with his family at age 11. Even after living for decades as an Israeli citizen, he has difficulty defining the concept of home.

Zaides examines his feeling of oscillation on a somatic level in his new piece “Response to Dig Deep” which has its North American premiere at New York Live Arts October 10.

“I chose the music because it was so physical. The strings bring out such intense emotion — they literally vibrate, crunch, and move. I mirrored the oscillation with my body and thought thematically about being suspended between two points,” Zaides said.

“Reponse to Dig Deep” was originally commissioned by the Aire de Jeu project at Les Subsistances, a center for choreographic innovation in Lyon, France. Wolfe, the famed co-founder of the musical organization Bang on a Can, contributed her compositions and collaborated with four international choreographers. Zaides first presented the work in France in January 2013.

“‘Dig Deep’ is dense and wild with overlapping, fragmented melodies. Most choreographers dance to the music, but Arakadi read more deeply into it as if his movement was a moment in the music’s afterglow,” said Wolfe. “The whole experience changes your perspective on where music and choreography blur. In his production you look at the musicians more physically as if their gestures and movements are also part of the dance.”

Zaides’s choreography often focuses on socio-political issues in Israel. “Quiet,” a ground-breaking quartet featuring four men — two Israeli Jews and two Israeli Arabs — investigates the aggression and confusion of the Arab-Israeli conflict. “Land Research” is a five part examination of the body’s relationship to land and the ideas of borders and barriers. Personal and introspective, “Response to Dig Deep,” is a departure for Zaides. An alumnus of the Batsheva Dance Company, Zaides is pushing himself away from director Ohad Naharin’s visceral style and moving toward conceptual, abstracted compositions. He is currently conducting choreographic research as part of a master’s degree at Holland’s national theater academy, De Theaterschool, in Amsterdam.

“I taught Gaga [Ohad Naharin’s movement language] for nine years and recently stopped. It was too much an extension of Ohad and his ideas,” said Zaides. “I am still connected to the dance world in Israel, but I am also able to view it from the outside. I am influenced by reading, philosophy, bio-politics. I am ready for a new sphere of discussion.”

Watch an interview with Arkadi Zaides: