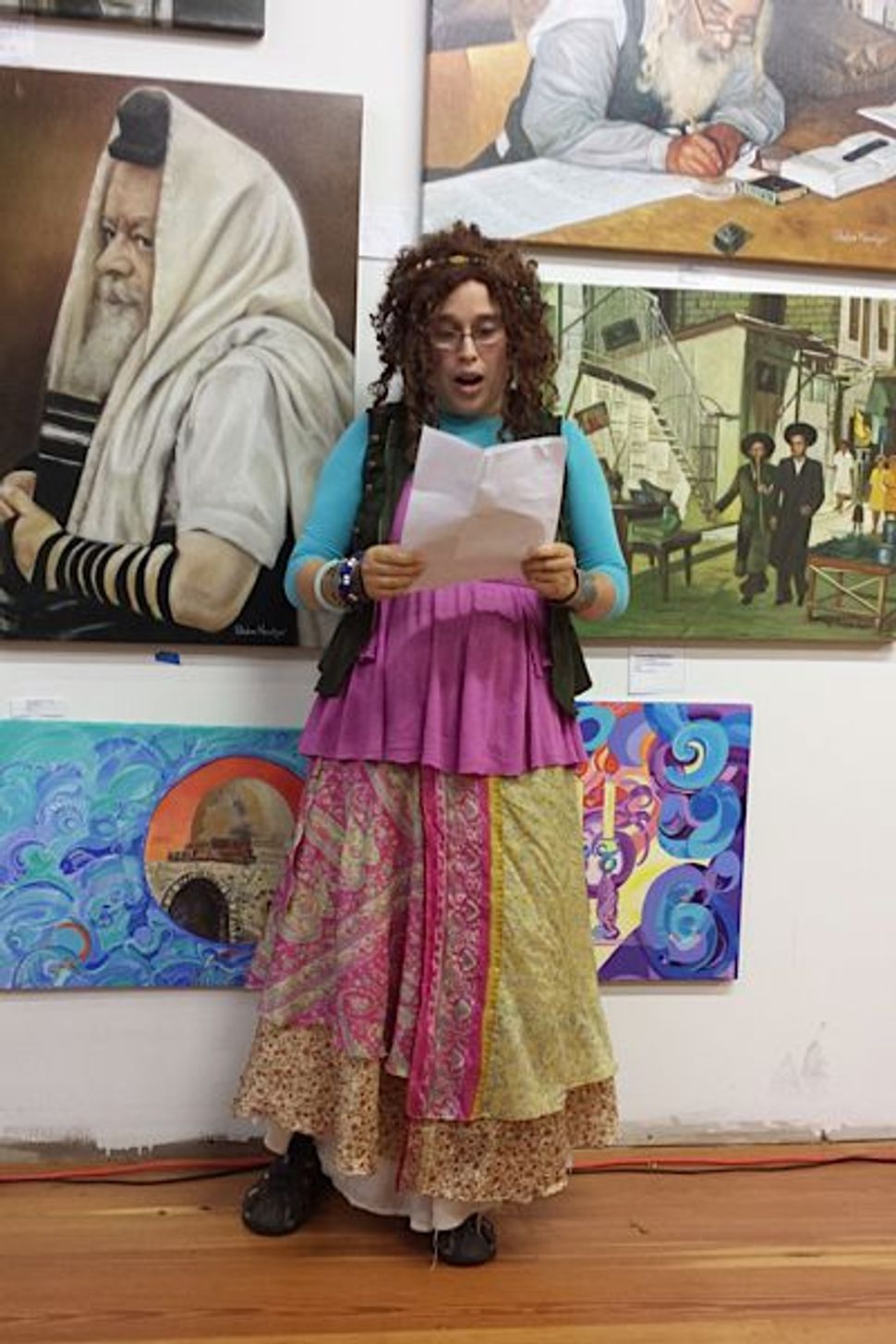 When people think of Hasidim, the image that comes to mind is often in black and white. An art show currently exhibiting local Hasidic artists’ work at a storefront space on Kingston Avenue, the main thoroughfare of Chabad-Lubavitch Hasidim in Crown Heights, Brooklyn, is challenging that notion.

The third annual Sukkot art show, titled “Pure Joy,” opened September 21 and runs through October 13. The roughly 25 men and women whose works are on display at the pop-up gallery, along with those who are performing there for open-mics, improv comedy nights, films, concerts, literary events and a TEDx style evening called Chabad X ( “sharing what they are passionate about in Judaism”) are expressing their creativity in ways that are both colorful and Hasidic. An open mic night September 3 included both male and female performers, though a partition separated the audience by gender.

The project is led by The Creative Soul, a group co-founded by pop-artist Rabbi Yitzchok Moully, who organizes the annual art show in addition to other events and meetings for Hasidic artists. This year’s offerings of prints, paintings, photography, sketches and digital media works have all been selling moderately, according to Moully, whose own pop art is on display.

Two years ago, the group’s premiere art show was featured on an Oprah special about Hasidim. Since the group’s inception, which coincided with all-night music and dancing on the streets of Crown Heights during the holiday week of Sukkot, the gallery has served as a venue for additional celebration. The walls of the gallery feature mostly Jewish and Hasidic themes on canvas — the Chabad rebbes, Israel, the holidays, biblical stories and kabbalistic renditions.

The past few weeks witnessed a burst of performances and creativity in the community while exploring the identity of Jewish art. Along with initiatives such as Jewish Art Now, ATARA – The Association for Torah & the Arts, 24/6: A Jewish Theater Company and Facebook groups focused on Hasidic creativity, The Creative Soul has helped create a group of men and women who are embracing creative expression and experimental art in a Hasidic community that is slowly accepting more contemporary art.

Elad Nehorai, who coordinated the open mic and read posts from his Pop Chassid blog, told the audience that this year’s event reflects the art show in that “it’s a little more thoughtful and deep, it’s not an explosion like last year, there’s a maturity.”