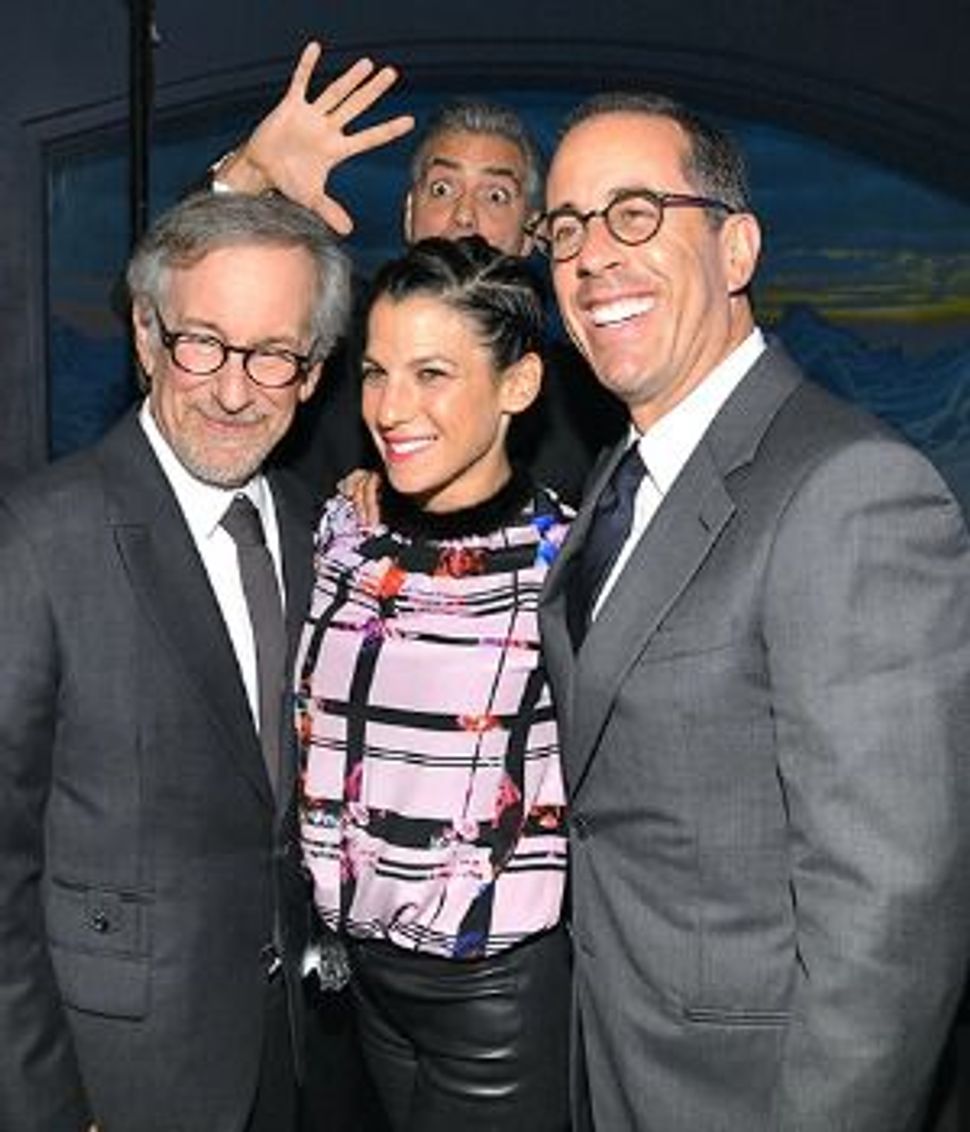 What’s better than being in a picture with George Clooney?

Probably this picture of George Clooney photobombing what would have been a lovely portrait of Jewish Hollywood.

Steven Spielberg, Jerry Seinfeld and wife Jessica were posing at the USC Shoah Foundation Institute’s 2013 Ambassadors for Humanity gala when someone unexpected tried to jump in. George Clooney had just accepted the Ambassador for Humanity Award for his humanitarian efforts in Haiti and Africa and apparently felt the need to be included.

Aw, George — all you have to do is ask (or marry a nice Jewish girl…)!

As appropriate, Deadline held a caption contest to properly capture the essence of the moment.

And the winner is: “It’s every Jewish person’s nightmare: A huge ham lurking behind you.”

The honorable mentions are definitely worth checking out.

Do you have any caption ideas? Let us know in the comments.