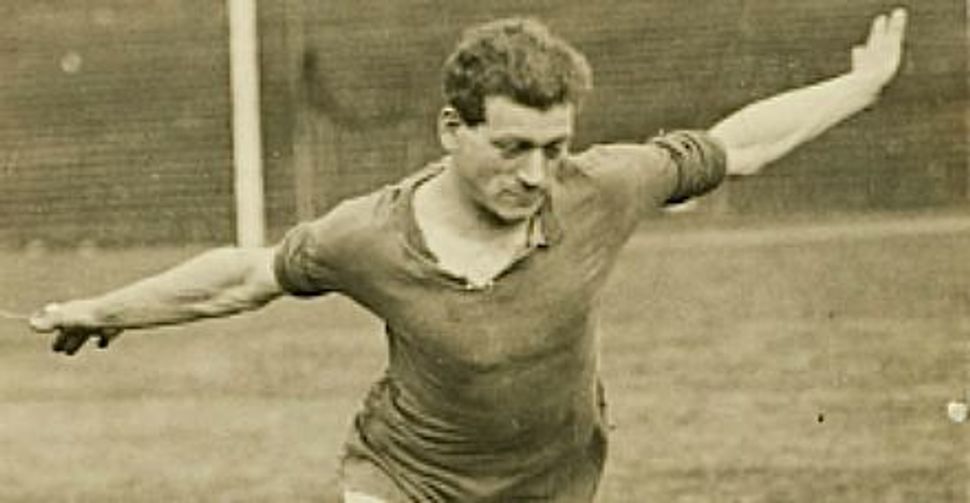 English soccer is having a Jewish moment. 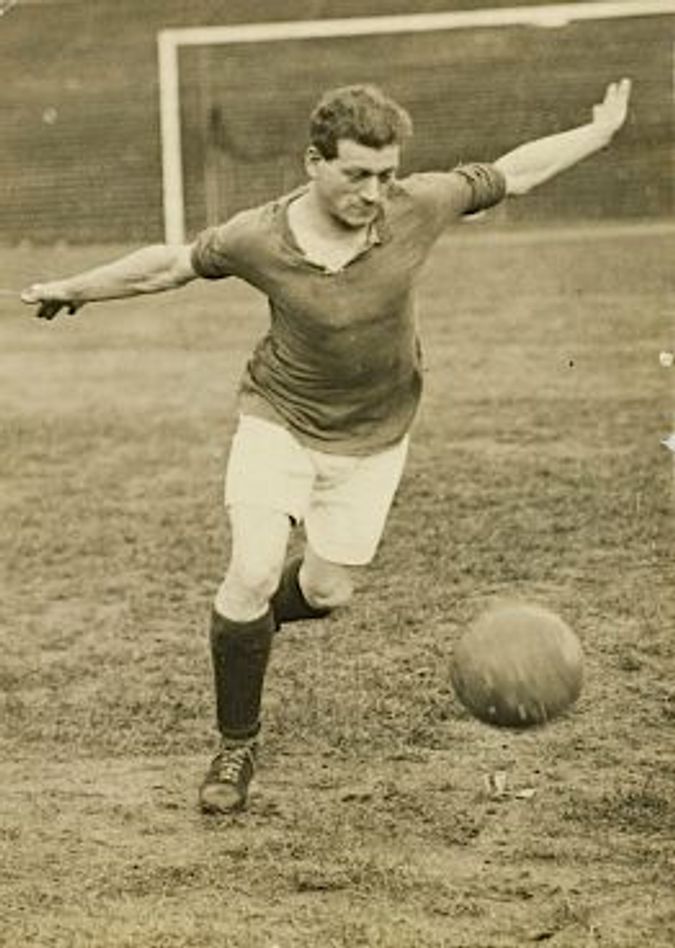 The conclusion of David Bernstein’s term as chairman of the Football Association (FA) in July in tandem with the publication in paperback in August of Anthony Clavane’s “Does Your Rabbi Know You’re Here?” brought the matter of the contribution of Jews to the beautiful game to the fore. At the same time, the reigniting of the debate over the use of the Y-word by Tottenham Hotspur supporters, as well as England midfielder Jack Wilshere’s recent comments concerning what exactly constitutes an Englishman, has focused attention on the place of Jews within soccer, and of the outsider in what has traditionally been a white, working-class sport.

Soccer’s Jewish moment looks set to continue and to grow with the opening October 10 of the Jewish Museum London’s new exhibition, “Four Four Jew: Football, Fans and Faith,” running until February 23. Forming part of the FA’s 150th anniversary celebrations, “Four Four Jew” examines the ways in which soccer became intertwined with and inseparable from English expressions and interpretations of Judaism and Jewishness. Soccer became both a pathway of assimilation into English society and a way of promoting and asserting Jewish identity.

The latter — which typically is ignored at the expense of the clearer, stronger integrationist narrative – can be seen in the formation of specifically Jewish soccer clubs. First came Britain’s Maccabi Association, formed in 1934, which aimed to strengthen Jewish identity through sport and infuse Jewish values into soccer. In 1946, Wingate Football Club was founded in Hendon in north London by those who wished to create an identifiably Jewish club to counter the fascist and anti-Semitic sentiments that were fomenting in English society in the years immediately following the war.

“Four Four Jew” has on display, in connection with this subject, a copy of “A Plan for the Inculcation of Judaism in Jewish Clubs,” a pamphlet produced in the 1940s to “encourage clubs to strengthen their Jewish identity.” Far less seriously, in the section of the exhibit on soccer and religion, are the words of an informal “prayer” devised by Rabbi Dr. Raphael Zarum for the 1998 World Cup. “As it says: ‘From out of Zion shall go forth the ball and the word of who scored from Jerusalem.’”

And yet, as “Four Four Jew” also demonstrates, for others soccer and faith are incompatible, and soccer on Shabbat and frivolous games during the week are in fact a threat to Jewish identity. Passages of religious instruction in the exhibit state that it is forbidden to play games, shake toys which emit a sound like a rattle, or to take a down a ball which lodges in a tree on Shabbat and Yom Tov, “either with one’s hand of with the aid of a stick, nor may the tree be shaken to make the ball drop out.”

What “Four Four Jew” most clearly wishes to say, nevertheless, is that soccer allowed English Jews to become part of the whole. One item in the exhibit which shows this most clearly are the notes printed in Arsenal programmes distributed on matchdays. One from 1965 informs the reader of the movement of a game to a later kick-off time “in order to assist our many Jewish supporters who will be observing Rosh Hashanah.” Another reads:

Now that Everton have been eliminated from the FA Cup the League match against this club, scheduled for the 8th April, will take place next Tuesday as advertised. We very much regret that this date falls in the middle of the Jewish Passover which will mean that many of our Jewish supporters will be unable to attend. We are sure that our Jewish friends are aware that we always do our best to avoid playing matches during any of the Jewish holidays.

There are other fascinating pieces on display as well. David Pleat — who previously had been reluctant to speak to Anthony Clavane for his book, not wishing to make much of his heritage — lent the exhibit his gold medal from the Maccabiah Games of 1961. And items which might seem frivolous — soccer-themed bar mitzvah cards and kippot knitted with the crests of Newcastle United and West Ham United — are just as essential. After all, what highlights the significance of the bond between Jews and soccer more than the item donated by Lord Livingston, that of a tallit adorned with the emblem of Glasgow Celtic?

He had it commissioned, the note says, after “getting fed up that everyone else in synagogue seemed to be wearing Newcastle United tallitot.”