Natalie Portman Is Back! 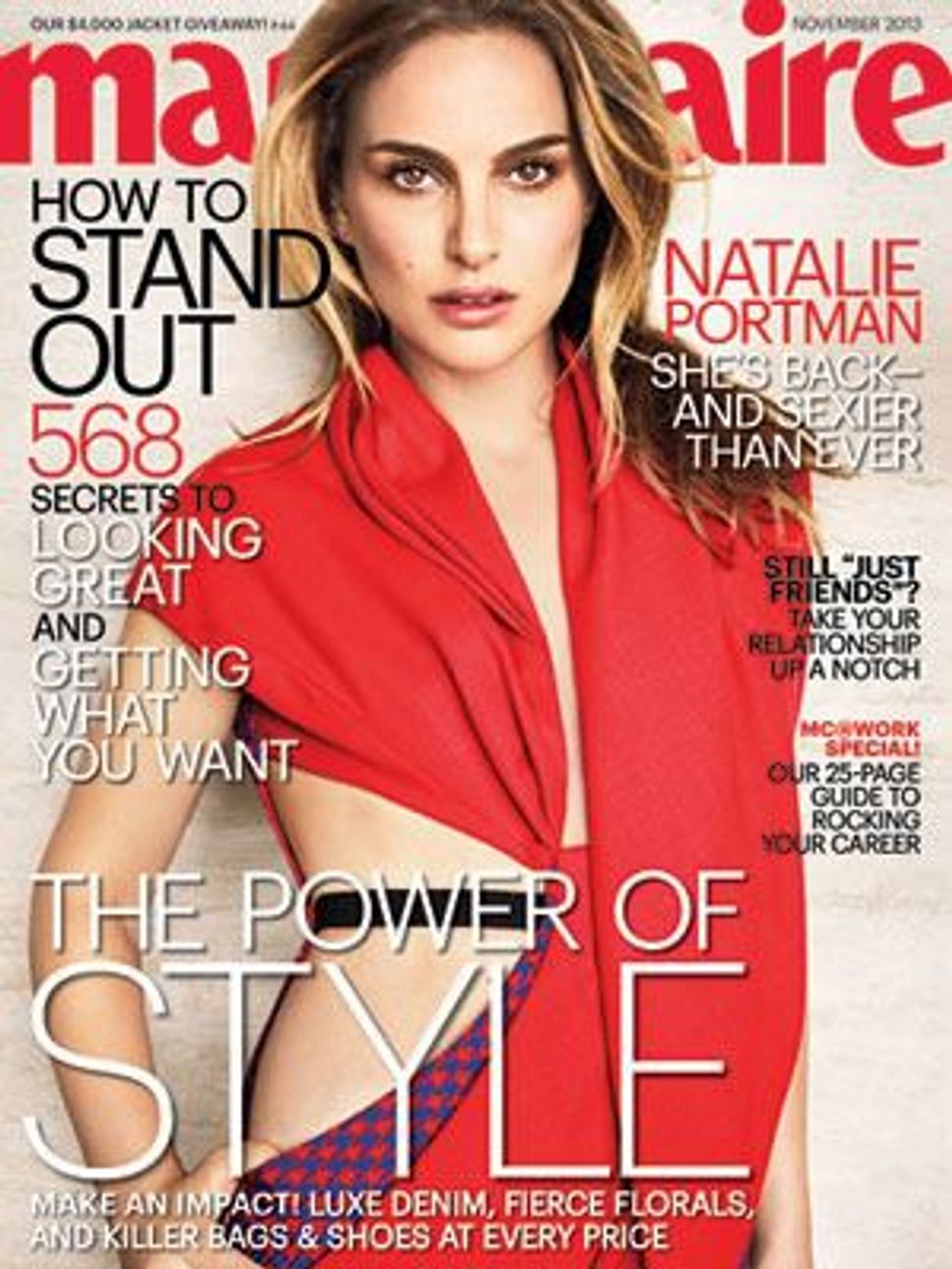 After two years off-screen, the tribe’s pride and joy (a Harvard graduate!) is back in the limelight.

Natalie Portman shines on the November cover of Marie-Claire, and dishes about her love for Los Angeles, her upcoming move to Paris and how, really, she’s just like you and me.

She even has bad habits! “I bite my cuticles,” she offers, apologetically. “Oh, and I can go into a Food Network hole.”

On Hollywood’s tendency to typecast her: “Like, every Jewish role comes to me,” she says, laughing. Even now, when everyone from Mila Kunis to Scarlett Johansson is of the faith? “I look more Jewish than Scarlett,” Portman deadpans.”

Portman’s next project will also be her directorial debut: She’ll be starring as Amos Oz’s mother in “A Tale of Love and Darkness.”

Though the Israeli-born actress is fluent in Hebrew, she admitted to be being somewhat nervous about carrying on whole conversations in French, though she can definitely get through the basics. “I mean, not about, like, philosophy,” she explains. “But about this and that, I can manage.”

Welcome back Natalie, and bon voyage a Paris!

Natalie Portman Is Back!