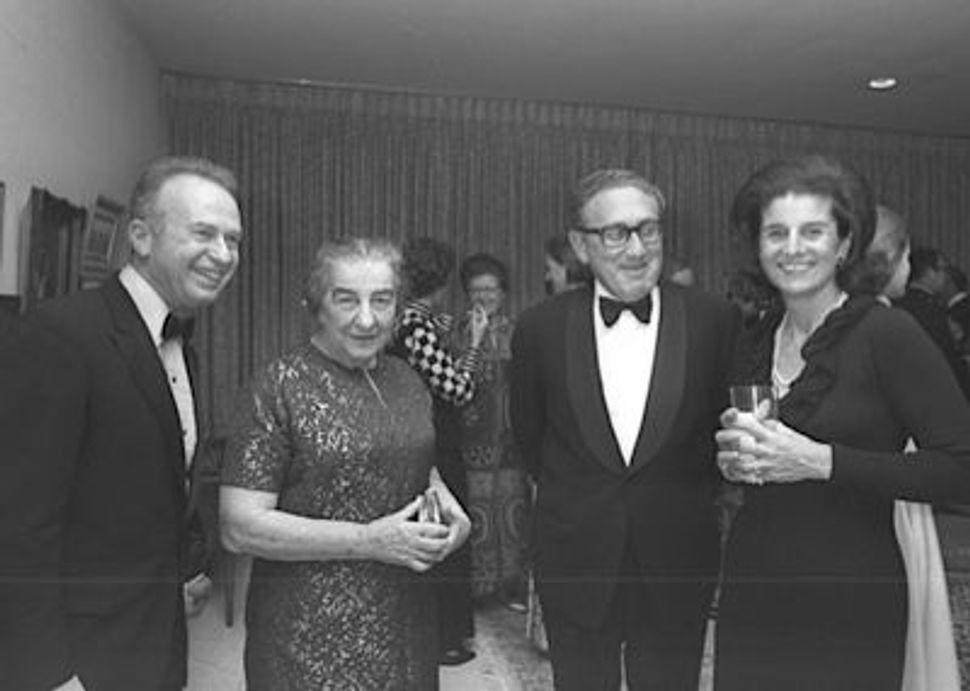 Of all his productions, his latest, “The Prime Ministers: The Pioneers,” was probably the easiest. It seems all he had to do was point a couple of cameras and say “Action.” 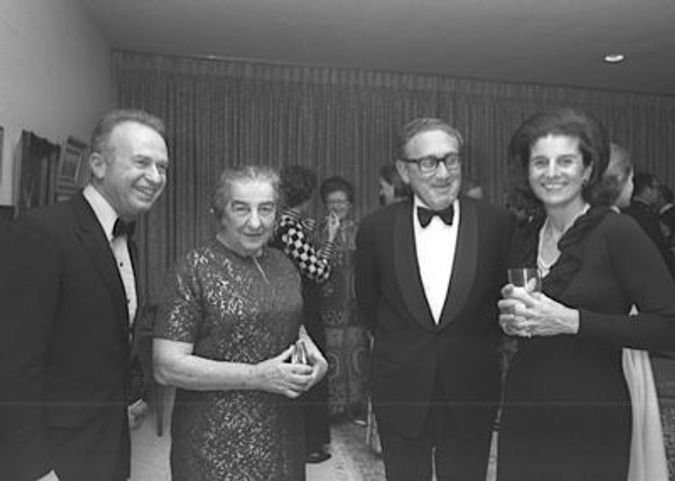 Those cameras were pointed at Yehuda Avner, author of the book on which the film is based and a long-time Israeli government official. He is also a heck of a raconteur.

Avner was born in Manchester, England, immigrated to Israel in 1947, and eventually took on a number of public relations and English speech writing roles for five Prime Ministers. He also served as an ambassador to England, Ireland and Australia.

“The Prime Ministers” is the first of two films based on his 715-page book of the same name. “Pioneers” covers Avner’s work with Levi Eshkol and Gold Meir, and with Yitzhak Rabin when Rabin was Israel’s U.S. Ambassador.

The second, “Soldiers and Peacemakers,” is scheduled for release in the spring; it covers Avner’s work with Rabin as prime minister as well as with Menachem Begin and Shimon Peres.

The documentary is less biographical than anecdotal. The average viewer will learn a lot; students of Israeli history, already familiar with much of what “The Pioneers” contains, will still pick up a nugget or two and find the documentary a worthwhile and pleasant experience.

Avner is the film’s selling point. Not only is he a great storyteller, but he has wonderful stories to tell. For example: He was there when his friend and fellow pioneer Leopold Mahler, grand nephew of Gustav, took out his violin on Independence Day and at the crowd’s urging played “Hava Nagilah.”

Then there was the time when, after writing a speech for Eshkol, he was called into the PM’s office to discuss a line suggesting Israel’s democracy be a light unto nations. Eshkol told him, “First let’s be a light unto ourselves and then we’ll worry about being a light unto other nations.”

Or how Golda Meir, Israel’s first ambassador to the Soviet Union, attended Shabbat services in Moscow at an empty synagogue. The following week, however, 50,000 Jews were there to greet her.

Avner was in Independence, Missouri, hand delivering a letter from Eshkol to Harry Truman, who in turn wished the messenger “mazel tov” and signed his memoir to Avner’s son, who was about to become bar bitzvah.

He was at the White House when Dean Rusk hectored then Ambassador Rabin about removing troops from territories conquered in the Six Day War, only to have President Johnson essentially (and privately) tell him to cool it. How did Avner know? After the meeting, Rusk left the note the President sent him on the table and Avner grabbed it.

Clearly, there is a lot of great material here. It made a wonderful book, but would it be a good film? With so much of the documentary based on Avner, it could very easily have been visually boring. That it isn’t is a credit to Trank, who rounded up a lot of archival material as well as some great actors to do voice over-recreations. These include Sandra Bullock as Meir; Michael Douglas as Rabin; Leonard Nimoy as Eshkol and Christoph Waltz as Begin.

The film opened in New York October 18 and in Los Angeles November 6, But it deserves a far wider distribution.

Watch the trailer for ‘The Prime Ministers’: