‘Jerry Seinfeld of France’ Gets Serious 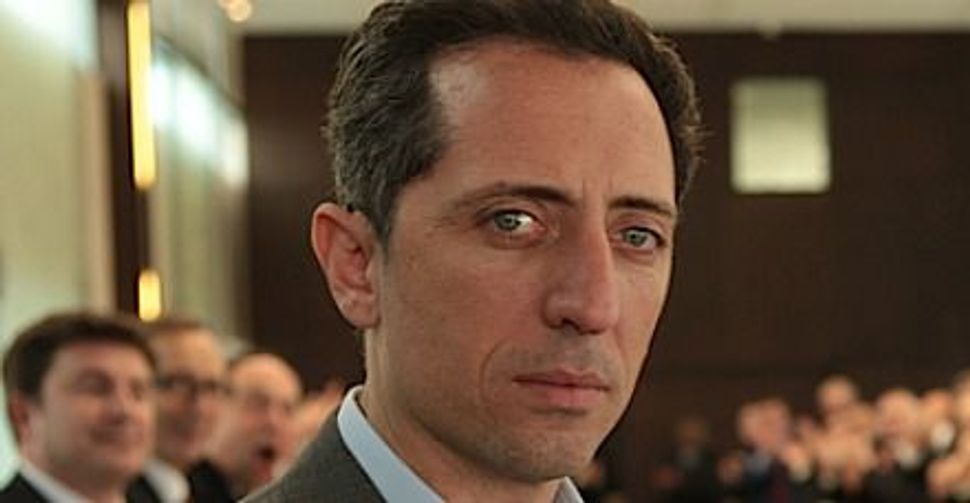 “A Costa-Gavras Film” atop a marquee or movie poster is the equivalent of the old Good Housekeeping magazine seal of approval: a guarantee that the movie will be well acted, intelligent and politically charged. 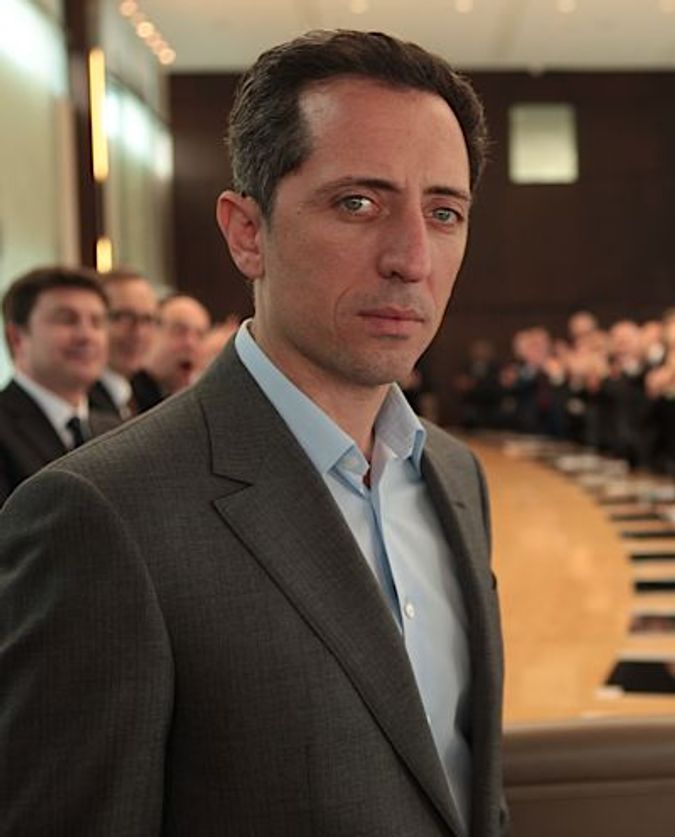 In “Capital,” the Greek-French director probably best known for “Z,” “State of Siege” and “Missing” doesn’t disappoint. Here he targets the international banking system, which not only has the wherewithal but also the will to tear down the world economy in its pursuit of still another penny of profit.

Costa-Gavras’s choice for the lead, Gad Elmaleh, is as interesting as the film. Elmaleh, 42, plays Marc Tourneil, new head of the Phenix Bank, who will do anything and step over anyone in pursuit of riches. What makes his selection unusual is that Gad, a Moroccan-born Jew, is a comedian. In fact, he’s known as the Jerry Seinfeld of France.

Elmaleh has mastered Moroccan Arabic, Hebrew, French and a passable English. While he occasionally reached for a word, he spoke to The Arty Semite about how he got the part, being directed by the likes of Costa-Gavras and Steven Spielberg, and the tradition of tolerance in Morocco.

Curt Schleier: You’re a comedian. You don’t seem like a logical choice for this part.

Gad Elmaleh: This is what I do most, comic movies and standup comedy. But I couldn’t refuse a Costa-Gavras. Also, the part is totally challenging for me. It takes me out of my comedy comfort zone. And the subject, banking and the new economy, was fascinating to me. From the director’s perspective, I think he wanted someone in the part who the audience would view sympathetically at first and let him then do the worst things. He believes it worse to have someone smile at you and then stab you in the back than having the mean guy do it.

How do you see Tourneil?

He has no human values, no égalité. It’s not important to be loyal, to be honest and reliable. He doesn’t even think about it. To him, it’s a game. He’s addicted.

What you said about the portrayal at first being received sympathetically — to the very end I wanted Marc to do the right thing.

That’s the American version of the movie. There’s grand music and at the end he returns to his wife, gives the money back and starts a foundation. This is Hollywood.

Did you do much research?

I spent some time with bankers, really long days trying to understand the system, which I thought was very complex. I found it was so fragile, like what you [Americans] had with the sub-prime mortgage crisis. But it’s not very complex. It’s like a game, and when the speculative bubble exploded what happened was logical. It was a simple game [to the bankers], what they did. I was a little shocked that there are no values anymore. I have respect for people who make money, even people who make money with other people’s money — but not at the expense of the shareholder, the little guy.

What was it like being directed by Costa-Gavras, a world-renown master?

I had the feeling similar to the one I had with Steven Spielberg [on “The Adventures of Tintin”]. Because they are both experienced, charismatic, important men, they don’t have to scream or explain a lot of things. When they give you directions, it’s very calm. They know exactly what they want. I loved it when Costa-Gavras gave me very simple directions. He hated when I tried to be too serious. I said, “What do you mean? Do you want me to make people laugh?” He said, “No, don’t do anything. Just say the lines.” He saw at first I was over-acting and it didn’t work.

Tell me a little about yourself growing up.

I was born in Morocco. I left there when I was 17. I traveled to Montreal and stayed for four years before I moved to Paris to do drama school. I learned how to speak Hebrew in Morocco. Morocco was one of those rare Arab countries where there was peace between Arabs and Jews. It was a golden age for Sephardic Jews. The king tried to stop Nazis from taking Jews from Morocco. But that is changing, and the community is much smaller today.

With the influx of so many Muslims to France, you read here that life is more difficult for Jews there. Is that your experience?

That’s not really my experience. I made my career, everything, in France. I think sometimes there are tensions between the communities. It’s not very good that they transfer the Israeli conflict to these communities. I personally have had no problems, probably because I grew up in Morocco, I used to live with the other community and I speak the language.

Capital opens in New York on October 25 and in other major markets around the country November 1.

Watch the trailer for ‘Capital’:

‘Jerry Seinfeld of France’ Gets Serious