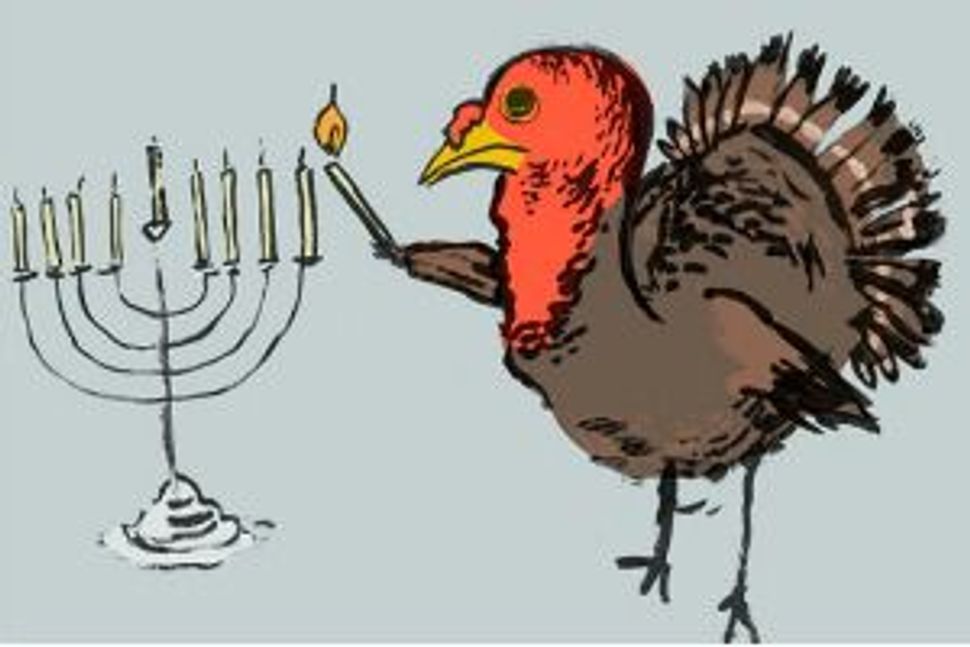 He may not be able to spell it, but Boston Mayor Thomas Menino is on board with Thanksgivukkah. He promised to proclaim Nov. 28 “Thanksgivukkah Day” in the city.

Menino made the vow to JewishBoston.com, which hit Boston’s streets to quiz locals about Thanksgivukkah. While many in the Pilgrims’ home state were ignorant about this year’s confluence of Thanksgiving and the first day of Hanukkah, others were pretty enthused.

“More than any other place in the country, it’s a big deal,” said Barry Shrage, president of Boston’s Combined Jewish Philanthropies, which has created a website devoted to the amalgamated holiday.

It’s been a breakout year for the intersection of municipal leadership and Jewish schlock video; In February, Atlanta’s mayor starred in a Bar Mitzvah rap video.