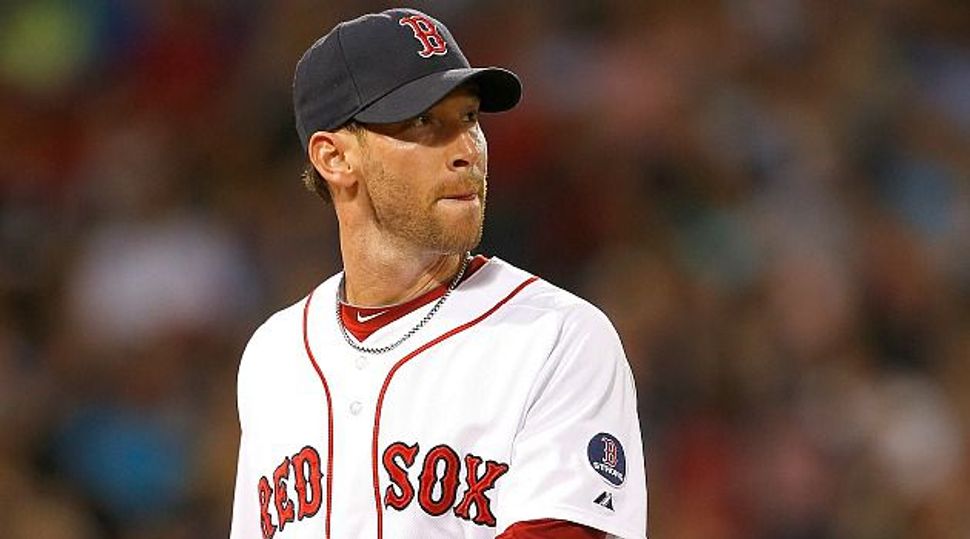 (JTA) — The St. Louis Cardinals tied up the World Series with Thursday night’s 4-2 win over Boston. The save went to Trevor Rosenthal.

Regrettably, unlike A.M., Lefty, Hannah and the NFL’s Mike Rosenthal, the Cardinals’ Rosenthal is not a Jew. But the reliever is sometimes mistaken for one, as ESPN reported earlier this year:

he has to deal with the occasional mis-impression about his religious identification. Contrary to what numerous fans and bloggers might think, he is not Jewish.

“Every once in a while, someone will ask me about it,” Rosenthal says. “My dad is an attorney, and he gets invited to bar mitzvahs all the time.”

That means the tribe is left with Craig Breslow, the Yale-educated Red Sox relief pitcher. Alas, Breslow had a really rough night, with an unfortunate throwing error that gave the Cardinals the lead.