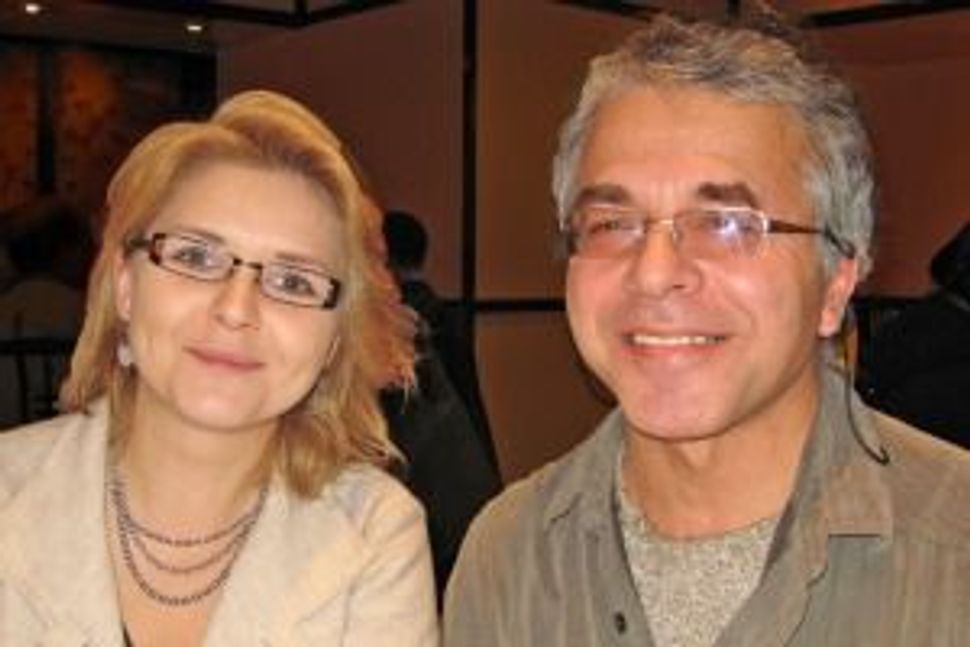 “Aftermath, “ the Polish film by director Wladyslaw Pasikowski, offers that rare phenomenon where fiction is more unsettling than reality, with a macabre Zombie-genre film finale that left me sobbing.

The setting is a post–World War II Polish village where the locals ostracize their own — two brothers — Josek (Maciej Stuhr) who inexplicably “plants” Jewish tombstones — which had been used as road covers — in a wheat field, and his brother Franek (Ireneusz Czop) who returns after years in Chicago. Why the antagonism toward the brothers?

Cinematographer Pawel Edelman so accurately captures the Polish countryside that I could smell the earthy wheat fields near the village. So like those surrounding the shtetl where my family members and their neighbors lie buried. 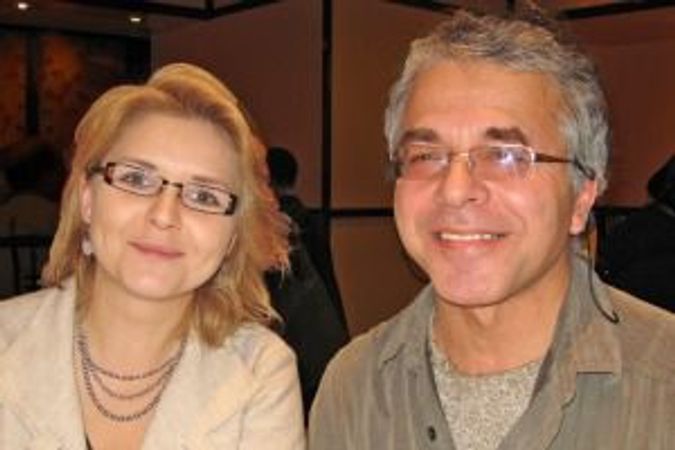 Following the film’s October 15 preview at Manhattan’s JCC — attended by the film’s producer Dariusz Jablonski, moderator Columbia University film scholar Annette Insdorf later told me how impressed she was with the sold out “well-informed audience. It was,” she said “what I would call the ‘creme de la crème’ of the ‘Polska intelligentsia’ which included Polish Cultural Attache Jerzy Onuch and Polish Consul General Ewa Junczyk-Ziomecka.”

Insdorf called on Mordechai Paltiel, who, she explained “is noted for his pioneering work with Yad Vashem in acknowledging Righteous Gentiles… He picked up on something I had said, namely that my own father survived the Holocaust because he and his brothers were hidden by Polish peasants in the woods.” Insdorf added, “”Aftermath” includes no Righteous Gentiles, no character representing the smaller number of Poles who risked their lives to save Jewish neighbors.”

I caught up with Slawomir Grunberg who was a participant at the JCC event and will be a panel member following the November 11 screening of “Aftermath” at the Jewish Film Festival in Philadelphia. In 2005 he made the documentary film, “The Legacy of Jedwabne” [a town where Jews were massacred in 1941] which he said “dealt with righteous Gentiles — Poles who saved several Jews in Jedwabne but also dealt with the fear of openly acknowledging this fact by those righteous Gentiles in Poland today.”

Also at the JCC screening, Katka Reszke, author of “Return of the Jew” which explores the identity narratives of post-Holocaust third generation Jews of Poland who told me: “’Aftermath’s’ power lies precisely in the fact that it is a work of fiction [reaching] a more diverse audience and offers an uncompromising rhetoric… needed in Poland in its struggle to come to terms [with] the darkest chapter of Polish-Jewish relations. It does not try to reconcile. It does not heal wounds. It is merciless.”

“Aftermath” touched such a nerve that it was banned from some local cinemas and its leading actor received death threats. It is the winner of the Yad Vashem Chairman’s Award at the 2013 Jerusalem Film Festival and the 2012 Critics Prize at Poland’s most important Gydnia Film Festival.

It opens November 1 at the Lincoln Plaza. See it with someone.