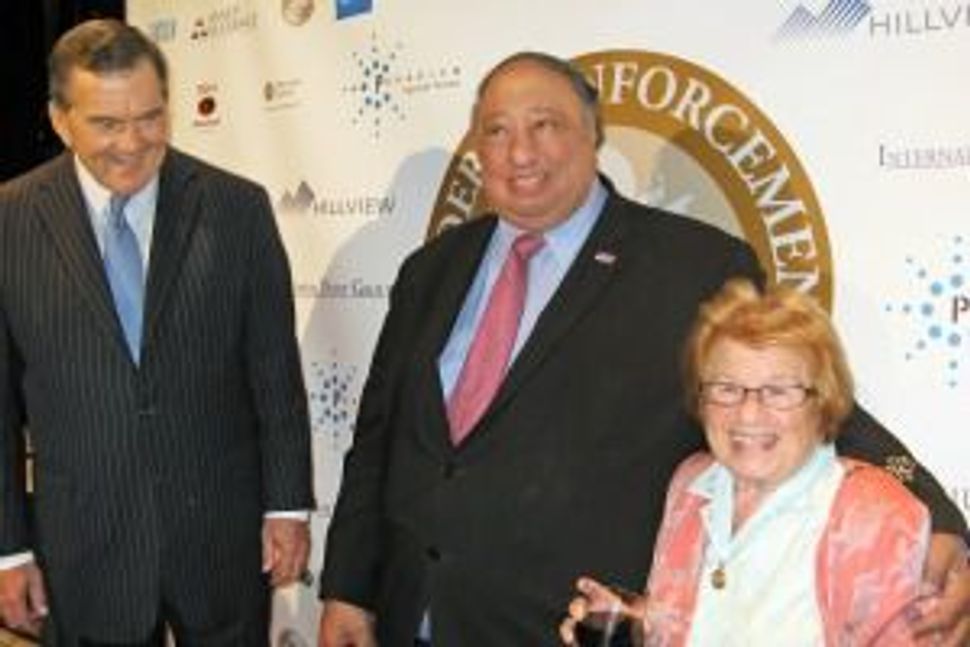 Richard Kendall founder and CEO of the three-year old foundation told the 600 strong assemblage: “Our core mission is that when a federal agent is tragically killed in the line of duty, our foundation provides immediate grants—often within 24 hours—cutting through red tape and helping people the moment they need help—because we are family.”

Introducing Lifetime Achievement Award recipient former New York City mayor Rudy Giuliani, former governor of Pennsylvania Tom Ridge recalled that when he was First Secretary of Homeland Security “I had a portrait made. A former cabinet secretary told me, ‘that’s what happens to you when you are in public service — first they paint you in a corner, then they frame you, and then they hang you.’”

Accepting the award from Ridge and acknowledging his role in the aftermath of September 11, Giuliani declared: “The only reason this city and other cities weren’t attacked over and over again by Islamic extremist terrorists — and you should be able to say this without offending anybody [applause!] — is because it was Islamic extremist terrorists who attacked this city…attacked our country…killed almost 3000 people…. [And] the only reason it hasn’t happened [again] is because of Ray Kelly and all those men and women who served in Iraq and Afghanistan some of whom are coming home without arms and legs. We are not safe because they have gotten nicer or because we negotiated with them. It goes back to the Ford Administration, to the ‘Achille Lauro’ case [when Palestinian Liberation Front hijacked the Italian ship, killed and then threw passenger Leon Klinghoffer, an American Jew overboard]. Here’s what they respect: strength, power and being on offense, not being on defense.