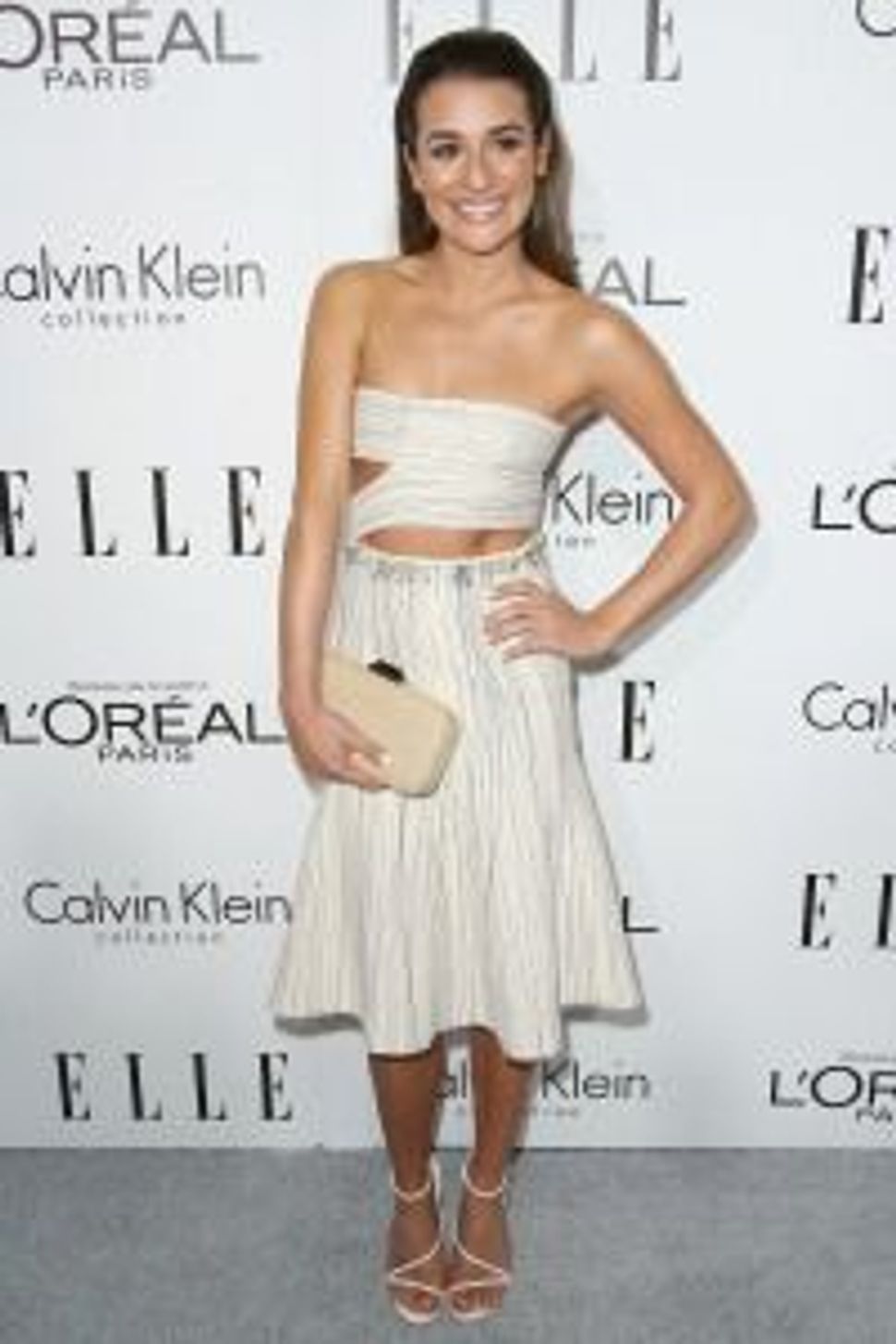 There’s nothing like a little girl talk to get one through the worst of times.

In the December issue of Elle (which she covers), Lea Michele describes how Kate Hudson was her shoulder to cry on in the aftermath of boyfriend and co-star Cory Monteith’s sudden death.

“I called her and said, ‘I don’t know where I’m going to go because my house is swarmed [with reporters].’ She was like, ‘Oh, you’re going to stay at my house.’ Like it was nothing.”

But Michele wasn’t the only one sleeping over: “She let my family stay there, and any of my friends. She made sure that in the refrigerator were my favorite juices,” Michele toldElle. “I’ll never really be able to thank her, truly, for what she did for me.”

Monteith died in July at the age of 31. The coroner’s report ruled that the cause of death was “mixed drug toxicity,” ie — an overdose of heroin and alcohol. According to Michele, the two had been dating on the down low since the first season of “Glee.”

It’s very hard,” she said, referring to life without him. “You have to be very strong to come out of this alive, but I think by doing the best for myself, by showing that you don’t have to lose yourself, maybe someone else will feel some sort of strength or comfort.”

For more, check out the new issue of Elle. Michele offered readers a sneak peak via Twitter on Monday: