What a surprise to see Leonard Nimoy — “Star Trek”’s ever logical Mr. Spock — beamed onto Lincoln Center’s Alice Tully’s Hall’s stage to the strains of John “Williams’ theme for “Schindler’s List” at the American Friends of the Israel Philharmonic Orchestra’s October 29th benefit. Nimoy set forth the IPO’s remarkable evolution from its 1933 nascence in Palestine — including violinist Bronislaw Huberman’s vision to bring Jewish musicians from Europe to safety — to its present world-class prominence.

Addressing the nearly 500 strong multi-generational audience as “our partners” AFIPO president David Hirsch cheerfully declared: “Our orchestra is getting younger—unique for orchestras. It is our gift to the next generation—a modern day miracle [the IPO] educates 30M Israeli children each year.”

Under the animated baton and bow of violinist/ conductor Julian Rachlin, the IPO’s streamlined string section — including a lute — launched the stellar evening with the orchestra on its feet performing a stirring version of “The Star Spangled Banner” followed by a spine tingling “Hatikvah” with members of the audience joining in singing both anthems. 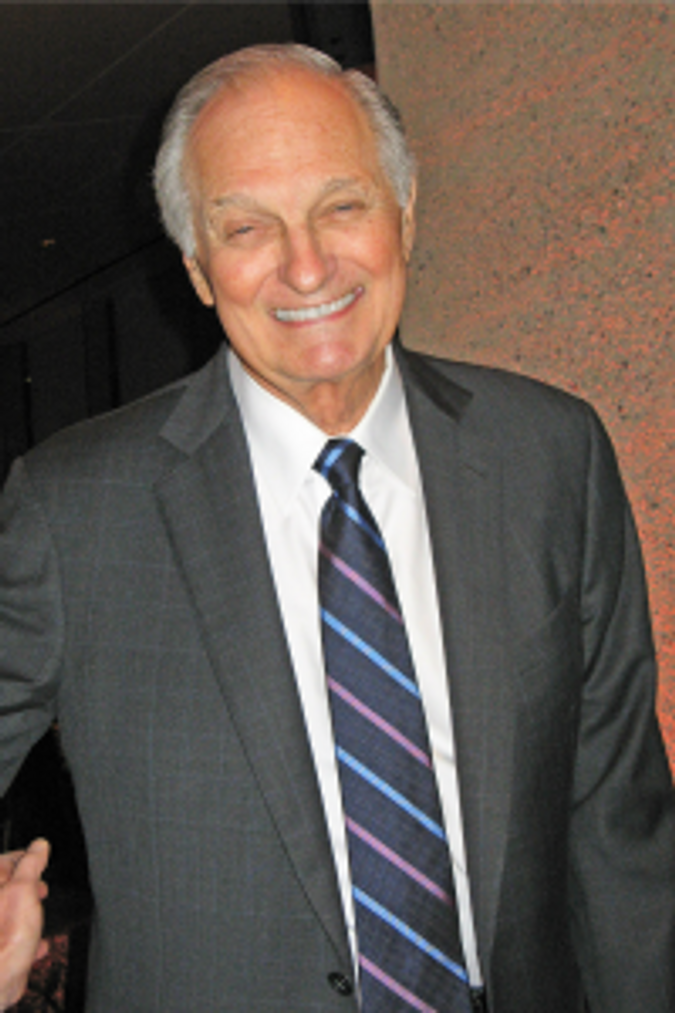 Another joy was actor, writer, director Alan Alda who prefaced each of the seasonal movements of the evening’s centerpiece work — Antonio Vivaldi’s “Four Seasons,” Op. 8 — with a reading from an appropriate poem selected by Mr. Rachlin: Lord Tennyson’s “Spring” as lead-in for Vivaldi’s “Spring;” William Shakespeare’s Sonnet 18 “Shall I compare thee to a summer’s day?’ prefaced “Summer;” Johann Wolfgang von Goethe’s “Autumn Feelings” introduced “Fall,” and Robert Frost’s “Stopping by the Woods on a Snowy Evening” with its mnemonically resonating final lines : “…and miles to go before I sleep” imaged “Winter.” . The IPO’s audience-pleasing encores included George Gershwin’s “The Man I Love” with a tempo that hinted at a Ginger Rogers/ Fred Astaire cinema dance duet.

At the sumptuous post-concert buffet party, chatted with Vilnius-born conductor Rachlin with whom I exchanged the first two lines of the Lithuanian national anthem. Rachlin laughed…That’s about all the Lithuanian he remembered.

Among the guests at the event — which was underwritten by Emily and Eugene Grant were benefactors Ingeborg and Ira Rennert, Rita and Charles Bronfman, Lauren and John Veronis.