Mensch on a Bench Is Ultimate Cure for ‘Elf Envy’ 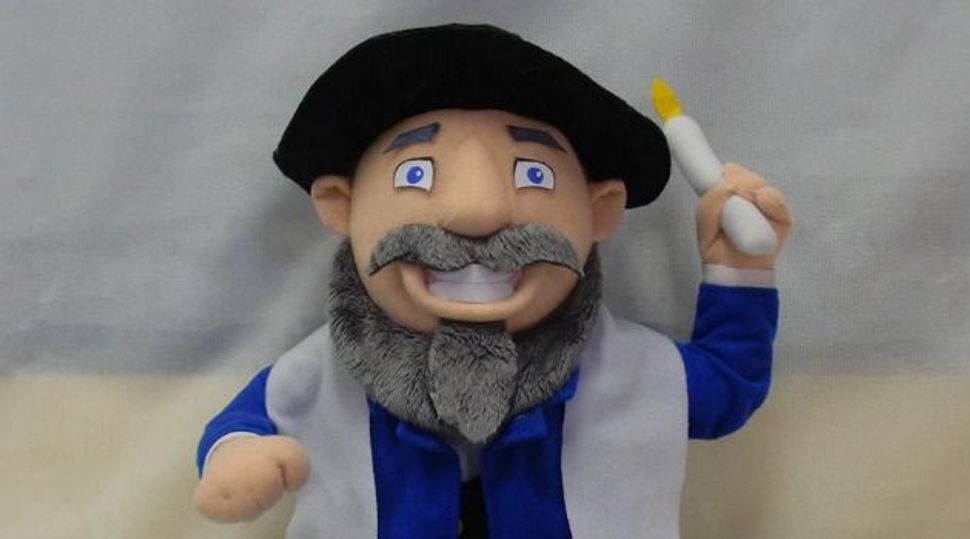 Do you have Christmas “elf envy”?

No more! The Elf on a Shelf has some Jewish competition: the Mensch on a Bench.

Mini tribe member Mosche is the brainchild of Neal Hoffman, a former employee of Hasbro Toys in Rhode Island, who thought of the Hannukah-friendly mentor after his son, Jacob, felt left out at school — all his friends had elves to play with.

After raising more than $22,000 on Kickstarter, Mosche the Mensch was born. According to the description, he brings some “Funukka to Hanukkah.”

The toy also comes with a book by the same name, telling the story of Mosche the Mensch, “who was in the temple with the Maccabees when they won the war against the Greeks. There was only enough oil for one night and everyone was exhausted from the war and wanted to go to sleep. But what if the oil went out while the Jews were sleeping? Moshe volunteered to sit on the bench all night and warn everyone if the oil ran out.”

Sound appealing? Well, too bad. Both the regular Mensch on the Bench ($36) and the limited edition ($75 — it includes a blue tallit) are sold out until 2014.

Pre-order yours now, to avoid the madness next year.

Mensch on a Bench Is Ultimate Cure for ‘Elf Envy’