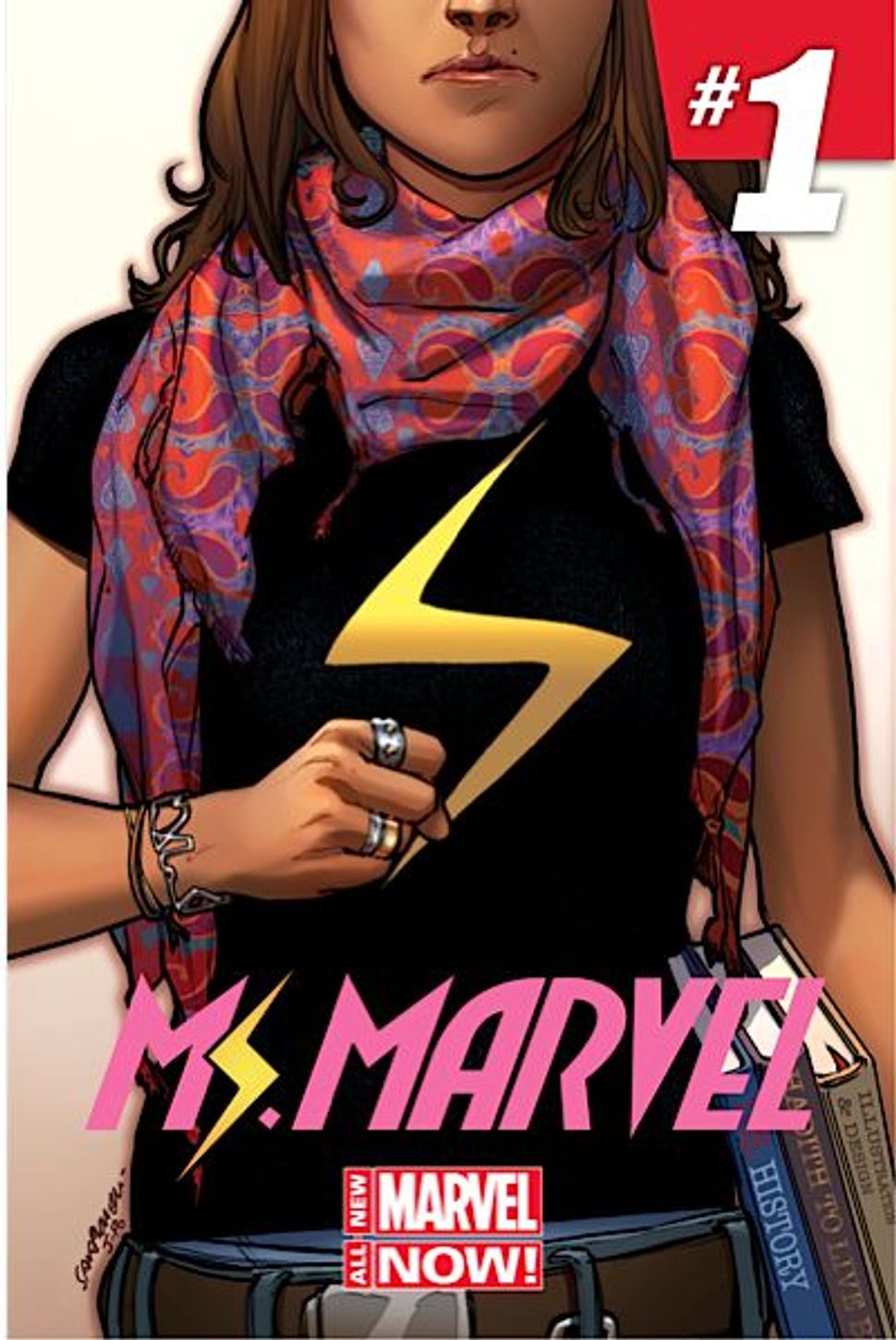 She’s just a 16-year-old Jersey girl “suddenly bestowed with super-human powers that send her on the adventure of a lifetime.” 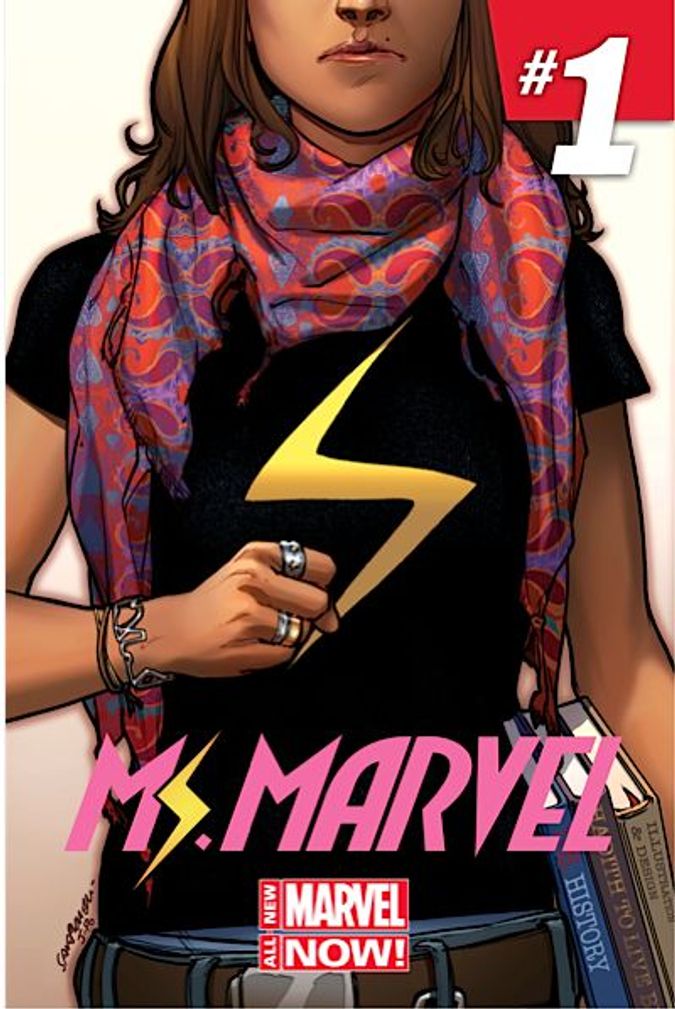 The team behind the series includes Eisner Award-nominated writer G. Willow Wilson — who’s also a Muslim convert. “I didn’t want to start with making her the perfect poster child for Islam,” Wilson told the AltMuslim web site. “I’ve been wearing hijab for ten years, but I wanted to make her representative of Muslim woman at large, and the majority does not wear hijab.”

Considering the heavily Jewish lineage of both superhero comics and Marvel itself — co-founder Stan Lee, ne Lieberman, was the son of Romanian immigrants — the character’s appearance represents a turning point, according to Steven Bergson, whose Jewish Comics blog offers a Hebraic spin on the comics world.

“We’re in an age where it’s not only much more acceptable but expected and highly marketable to give characters unique identities, whether it’s religious, national, sexual or physical i.e. disability),” Bergson told the Forward. “In the past, Jewish creators have written non-Jewish characters and Gentiles have written Jewish characters like Marvel’s golems, DC stories with rabbis, Marvel’s Moon Knight.

If Ms. Marvel turns out to be “an anti-Semite, that would be as unacceptable as if the character were sexist, homophobic, or racist. If she is merely critical of Israel, then she’ll join the ranks of political-minded superheroes, which includes Superman, who joined an Arab Spring protest not that long ago,” Bergson added.

But Marvel’s announcement about the series was careful to downplay political implications. “This story isn’t about what it means to be a Muslim, Pakistani or American,” series editor Sana Amarat said in a press release. “Those are just cultural touchstones that reflect the ever changing world we live in today.”

To get the inside story on Ms. Marvel’s secret identity, the Forward caught up with Amarat in New York. Ms. Marvel #1 will appear this February in print and online.

Michael Kaminer: Many off the original superhero creators were Jewish; some of the characters came out of adversity Jews faced in the early 20th century. Can we draw any parallels between that and the birth of the Muslim Ms. Marvel today?

Sana Amarat: In some senses yes, we’re focusing on a minority group that may not have much screen time in the media — particularly in a positive light. We wanted to create a character whose story is representative of the world today and hopefully break traditional stereotypes.

Will the character take any political positions?

No, Kamala is just like any American teenager maneuvering the sometimes daunting path towards adulthood. And having super powers on top of that, makes it all the more complicated, yet exhilarating!

Since the announcement, what kind of feedback have you received? Have you heard anything from any Jewish organizations?

It’s been overwhelmingly positive for the most part. With a story like this, you’re not going to please everyone, but we’ve been so thrilled with how supportive and excited people have been.

How does a character’s background and back-story affect how fans relate — or don’t? And can a back-story ultimately affect sales?

It can open you up to a whole new audience that may not have been reading comics before. People do want to see versions of themselves reflected in the media — but positive ones that they can be inspired by. And when a certain demographic that normally isn’t represented suddenly is, people respond.

At the same time however, this story is universal because it isn’t about Ms. Marvel’s Muslim faith — that’s just one aspect of who she is. It’s about all of the facets of her identity, and how that affects the person she is and the person she will become. It’s about the struggle to forge your own path and identity — and that’s something everyone can relate to.

What’s your impression of comics following/fan base in Muslim-American communities?

I don’t have solid numbers on it quite honestly, that’s hard to track. Regardless, hopefully this comic will engage that audience.

Will Marvel export her overseas, including to Muslim countries?

This comic will be available wherever comic shops exist internationally. Also it will be downloadable as a digital comic on our Marvel Comics App.

Do you mean the singer? It’s definitely a coincidence!