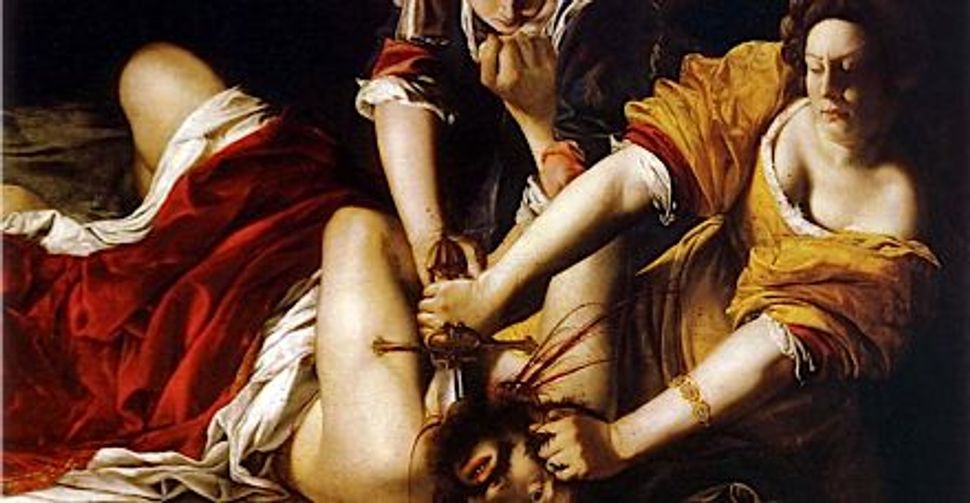 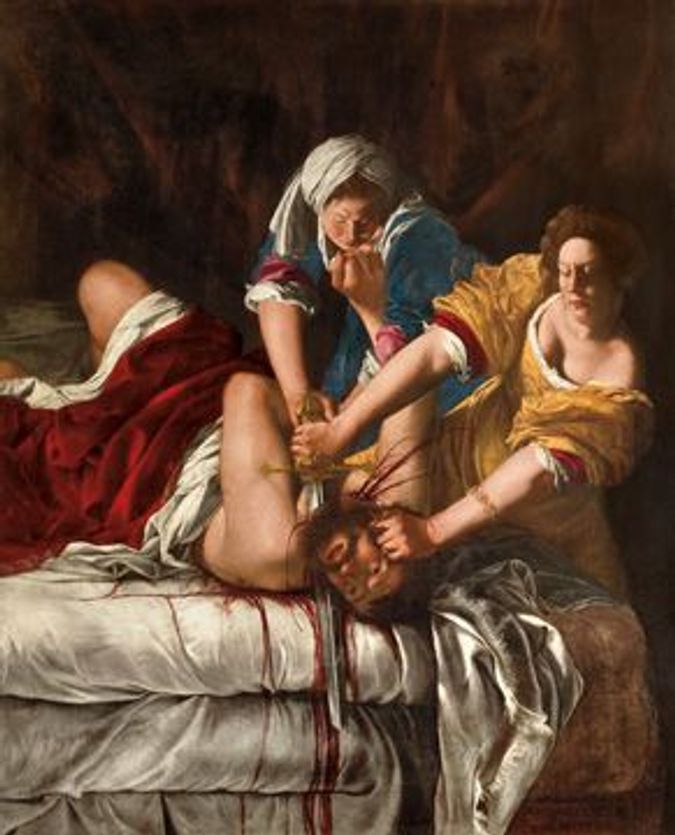 There’s no way of getting around the violence in the noteworthy, but often neglected, Hanukkah-related story of Judith and Holofernes. Judith’s heroic action, the political assassination of the Assyrian general Holofernes, is one of the reasons, some say, why one Jewish legal code states that women shouldn’t work while the Hanukkah candles are burning.

Here’s the short version of the story. Apparently unaware of Jael’s successful strategy — detailed in Judges 4 — of lulling Sisera to sleep with a jug of milk and then pounding a tent peg through his temple, Holofernes invites Judith (Yehudit in Hebrew) into his tent one night while he is in one of his drunken stupors. That mistake costs him his head, which Judith brings back to the Jewish camp.

Although Holofernes gets decapitated in every telling of the story — whose canonical status is questionable in the Hebrew scriptures — artistic representations of the political assassination prior to the 17th century were relatively tame.

Although Holofernes’s bloody head appears in Lucas Cranach the Elder’s “Judith with the Head of Holofernes” (c. 1530, Metropolitan Museum of Art) and Veronese’s Judith with the Head of Holofernes (1575-1580, Kunsthistorisches Museum, Vienna), both painters downplay the severed head in favor of Judith’s clothing. The most notable exception is Caravaggio’s c. 1598-99 painting of Judith, in which the general — who figures prominently in the foreground — gushes blood as Judith is halfway done decapitating him.

Caravaggio’s bold take and appetite for gore evidently rubbed off on Artemisia Gentileschi (1593-1652/3), whose father Orazio Gentileschi was strongly influenced by Caravaggio. Artemisia, who was raped at age 18 by her father’s friend and fellow painter, Agostino Tassi, and then had to undergo a torturous trial, has been said to have found voice for her suffering in her “Judith Slaying Holofernes” (c. 1620, Uffizi, Florence), which is on view at the Art Institute of Chicago through January 9, 2014.

The work is downright terrifying. Holofernes, upside down, stares dimly at the viewer, as Judith’s maid struggles to restrain him. Judith pushes the general’s head into the bed with her left hand, as her right hand clasps the sword. The painting is frozen in time, of course, but one can just about see Judith sawing the head off of Holofernes’s shoulders. This is not a clean cut or an effortless assassination.

Whether scholars decide that there’s a danger of overstating the connections between Artemisia Gentileschi’s painting and the rape — which occurred about eight years prior — she does seem to have, with Caravaggio, started some sort of trend. Johann Liss’s “Judith in the Tent of Holofernes” (c. 1622), is nearly as shocking and in your face.