Forbidden Auschwitz Art on the Move 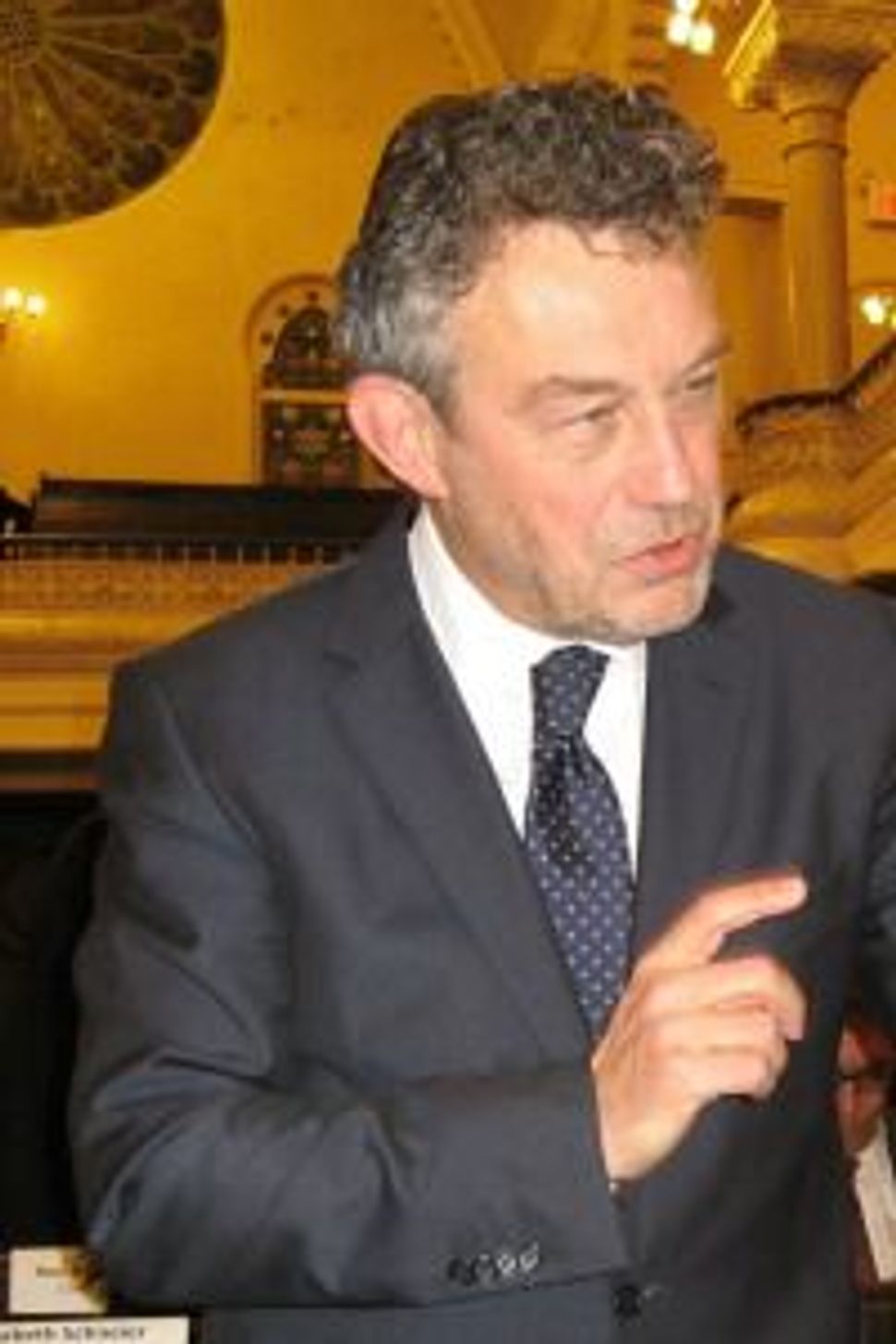 “This is the second time I am here,” Poland’s ambassador to the United States, Ryszard Schnepf said from the bimah of Park East Synagogue at the November 12th launch of the New York exhibition of “Forbidden Art” created by prisoners of Auschwitz-Birkenau. to Holocaust survivor and Kristallnacht witness Rabbi Arthur Schneier, the assemblage and diplomats from 18 countries.

First seen in Poland, the exhibit of 20 rare and fragile items out of 2,000 original works is part of a nationwide awareness campaign that prompted President Obama to declare: “Exhibitions like ‘Forbidden Art” bring to light the stories of fathers and mothers, sons and daughters and brothers and sisters who endured the unthinkable cruelty of concentration camps” and had ambassador Schnepf amplify: “It is our responsibility to remember the suffering of all people in concentration camps. Remembering them promises a light to a time of no anti-Semitism, a future free of hatred.”

Quoting Elie Wiesel, Israel’s Deputy Permanent Representative to the United Nations David Roet said, “No other people has such an obsession about remembering.” Gazing down from the bimah he recounted how his father had been saved by a baker in his village “because of a priest’s directive” and that “what helped his father survive in Auschwitz was the memory of the Shabbat and the dates where/when each family member died. But memory is not enough. What is necessary is standing up with Israel so it never happens again.”

“Art in the camp was forbidden,” said Piotr Cywinski, director of the Auschwitz-Birkenau State Museum (A-BSM). He marveled, “Art — as an expression of dignity, defiance —  [was] for many a way to survive for those prisoners whose names we don’t have, yet risked their lives [for art].” Detailing the renovations taking place at Auschwitz’s infrastructure for visitors, Cywinski said: “75% of its visitors are young.” The evening concluded with a memorial prayer by Cantor Benny Rogosnitzky.

Next to the amazing exhibition was a large white paper scroll upon which people were asked to write a personal message to the Auschwitz-Birkenau State Museum. The scroll, which will enter the museum’s permanent collection, was also signed by Ambassador Schnepf. I wondered if any of the diplomats from Croatia, Czech Republic, Greece, Italy, Luxembourg, Romania, Russian Federation, Slovakia, Spain, Austria, China, Hungary, Italy, Lithuania and Germany present that evening added their comments to the scroll.

During the reception, Marcin Chumiecki director of The Polish Mission of the Orchard Lake Schools in Michigan, told me that they are partnering with the A-BSM to be part of this campaign to protect the Auschwitz site through conservation and education. That “Forbidden Art” is scheduled to be part of a 70th anniversary of D-Day commemoration at the Dwight D. Eisenhower Presidential site in Abilene, Kansas in 2014, will be in the Polish Museum in Chicago (Nov-Dec 2014) and will return to New York in 2015 at the United Nations Building to help mark the 70th anniversary of the liberation of Auschwitz-Birkenau camp on January 27, 1945.

Forbidden Auschwitz Art on the Move