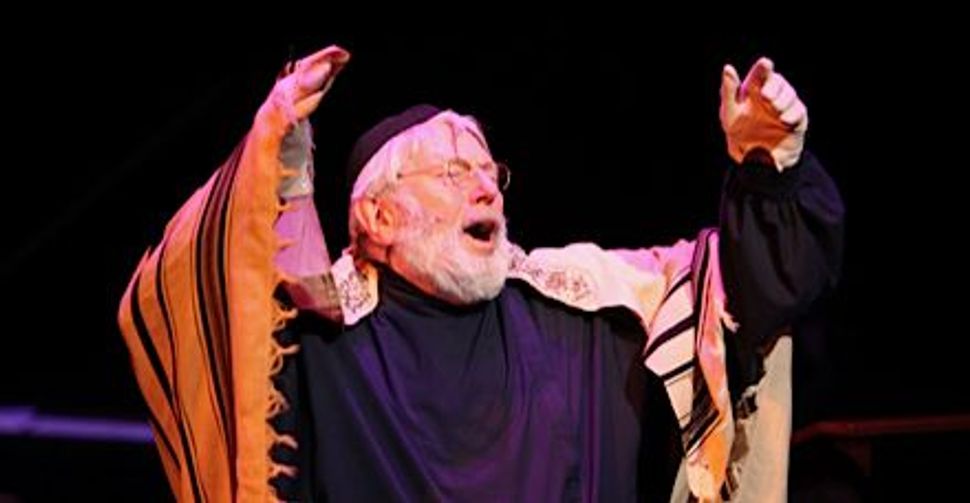 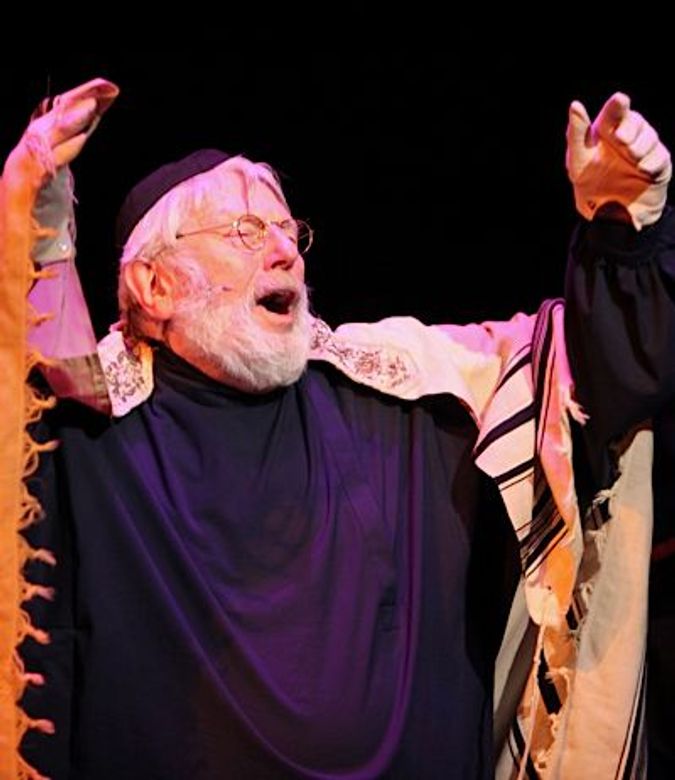 Merriam or Webster ought to place a photo of Theodore Bikel right by the dictionary definition of polymath. Bikel is the ultimate multi-hyphenate. In a career that spans 70 years — he joined Israel’s Habima Theatre as an apprentice actor in 1943 — he’s had enviable careers as a film actor, a stage actor, a folk singer and recording artist and, as co-founder of the Newport Folk Festival, an entrepreneur. He even played a space rabbi on TV’s “Babylon 5.”

Throughout that time, both independently and as a union leader — he was president of Actor’s Equity in the late 1970s and early 1980s — he supported liberal causes, Israel, and human rights initiatives.

Bikel was born in Vienna, and left for Palestine after the 1938 Anschluss. He subsequently studied at the Royal Academy of Dramatic Arts and debuted on the West End as Mitch (opposite Vivien Leigh) in “A Streetcar Named Desire.”

On December 2, the National Yiddish Theatre-Folksbiene honors Bikel (a few months prematurely) on his 90th birthday. Bikel spent a few minutes on the phone with the Forward from his home in Los Angeles to discuss his life, the upcoming celebrations — plural, as it turns out — and Vienna before the war.

Curt Schleier: You’ve had so many careers. Have you decided yet what you want to do when you grow up?

You speak something like five languages. Didn’t you first plan to become a teacher?

Yes. But academia was not to my liking. It was too dry. I felt I could cultivate my languages better on stage than I could in the classroom.

You’ve conquered so many different entertainment formats. Do you have a favorite?

I’ve always preferred the stage, because plays always have a beginning, middle and end. You may be more successful making film. But then you’re working on something that may or may not happen until six months after you’re through with it. Film is not an actor’s medium. It is a director’s medium, an editor’s medium. On stage, you’re the one speaking the words. You bring the emotion to the stage and the audience.

Now that your 90th birthday approaches, I assume there is some introspection about your career, missed opportunities, favorite roles.

It’s not over. And, no, I don’t engage in a game of regrets. Ever. As for highlights, obviously there were many roles that I loved playing, Zorba the Greek, Tevye. I loved that could do more than one thing in more than one arena. I was never at a loss for work, for what to do next. I never had to wait for the telephone to ring to offer me a job. It’s been a good life.

Have you thought about retirement?

I don’t believe in retirement, because it has the word tire in it. I still give concerts.

You were 14 when you left Vienna. Do you remember the city at all?

Have you returned to the city?

Many times. I was there recently for a momentous occasion, the 75th anniversary of Kristallnacht. They invited me to give a concert at the parliament.

What about Palestine, when you were there. What was Jewish life like?

We didn’t consider it Jewish life. It was just life, because everyone [where we lived] was Jewish. There was no tension.

Were you raised in an Orthodox home?

No, we were socialists.

Does your activism, therefore, spring from your parents?

Yes, and it also comes from the fact that I am a Jew and the Jew is concerned about social justice. Many Jews forget that. I don’t. I think the most contradictory two words in the English language are Jewish Republican.

Five years ago there was a big celebration of your 85th birthday at Carnegie Hall. Now there is this one at Symphony Space. When do we start planning your 95th birthday party?

This one [sponsored by the Folksbiene] isn’t the only one. There will be others, one in Los Angeles and maybe two in New York. I’m only looking forward to them.