Daniel Menaker on The New Yorker and Making Mistakes 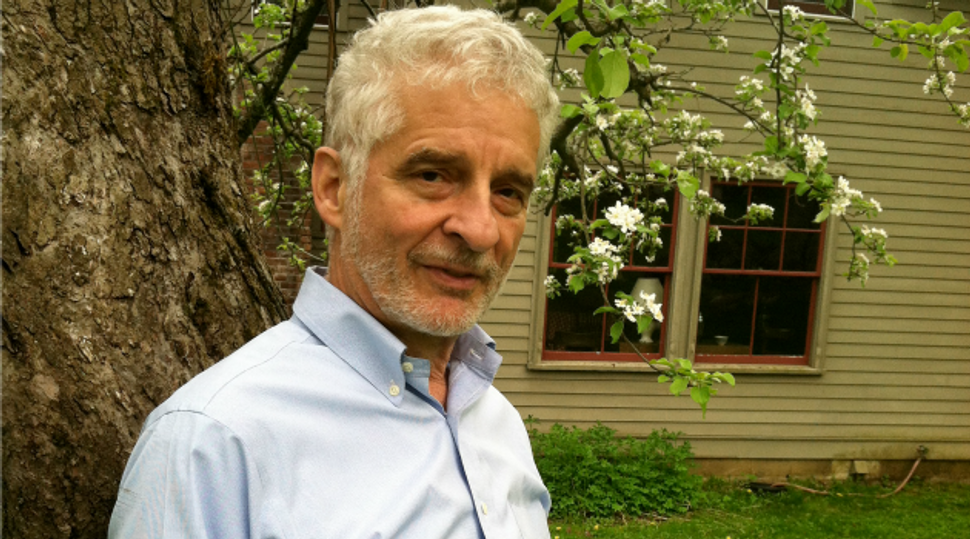 Five years after Daniel Menaker started working at The New Yorker in 1968 — first as a fact checker, then as a copy editor — he was told by the executive editor to look for another job. A lack of diligence, and because Menaker had criticized the content of a piece, something that was considered out of line for a copy editor, almost derailed his career at The New Yorker.

Menaker stayed another 26 years, and eventually became the magazine’s fiction editor, editing submissions by Alice Munro, David Foster Wallace and others before moving on to becoming editor-in-chief of Random House. He left the post in 2007 to undergo treatment for lung cancer. A New York City native born to a Jewish father and a Protestant mother, Menaker, now 72, wrote his memoir, “My Mistake,” which was published by Houghton Mifflin Harcourt on November 19. He spoke to the Forward about the omnipresence of Woody Allen’s humor and what he thought the Bible might look like in 2,000 years.

Anna Goldenberg: At the end of your book, you describe how you sift through your personal archives, look at the old New Yorker issues and look at your books. As you do that, what sort of thoughts go through your head?

Daniel Menaker: The first thought that goes through my head is, “How could I have made such a mess of my papers?” I guess the second thing that occurs to me was how fortunate I have been in my life and my background, despite its problems and despite its tragedy. Even though there were dark periods, in a way even they turned out to make my life fuller, even if sadder. I don’t believe in being thankful to any deity, but I do believe in being grateful to randomness.

If you feel that you’ve been lucky, then why did you choose such a seemingly negative title, “My Mistake,” for your memoir?

I like that word, seemingly. It’s partly ironic that I’ve been lucky. The book is about some success, some achievements. It’s also a form of phony self-effacement that I practice all the time. It’s as if I’m trying to avoid the pride and narcissism that I actually feel. It’s kind of disgusting, actually. But it’s also serious and cuts both ways. I think there are some people who are better equipped to not stumble than I was. The people who have a 90% fortunate life with a genuine even temper, no complexes and no personal failures — I don’t know, it doesn’t seem that full a life to me. I don’t think I’d trade mine for a more serene life.

Some of the scenes in your book, such as when you see your psychoanalyst and how you take a lot of blame for things you might not actually be responsible for, remind me of Woody Allen.

Oh, God, I can’t get away from that. If it’s not Woody Allen, it’s Larry David. I don’t believe in any kind of censorship or even bad critical judgment of successful cultural productions, but I think there are some damaging aspects to those stereotypes.

In particular, Woody Allen. Even though he’s a genius or certainly used to be, nobody can write humor without being affected by him — even if they’ve never read a word or seen any movies. He’s in the air. It’s something I’m not entirely happy about, but if the shoes happen to fit, I guess I have to wear them.

I remember a particularly funny scene in your book where you move from to Nyack in upstate New York from Greenwich Village in New York City at the age of 11. This meant that you moved from a very Jewish environment to one with very few Jews, and had to face that situation.

And deny it. My brother and I, because we were kids and under the pressure of new peers, denied or avoided the matter of our Jewishness. It’s something that I’m not at all proud of, on the one hand. On the other hand, I was also young. And we were, after all, according to Jews, not Jews anyway — which also made me mad, by the way, and makes me mad to this day, but I understand the reproductive reasons for it… That kind of split inheritance makes you feel a little bit like an outsider, and that is a good thing and a bad thing. It’s hard to have a definite identity; you feel somewhat detached from any particular heritage.

How can detachment be useful in your experience?

It’s allows you to view your circumstances, and maybe the rest of the world, with an implicitly greater objectivity. Your politics and your identity are not shackled to Israel or England or anyone. You feel sort of inbetween-ish, and that’s not so good, and it’s also good.

Yes. I think it’s also protective. People like me keep some pain, and suffering, and possibly love, at arm’s length by being detached and especially ironic. Irony is an addiction, and it’s a way of keeping interval and space between you and what should be really immediate to you. Every sword is double-edged. Irony is something that also helps you cope with unfortunate events and occurrences.

As an editor, you read a lot. What is your reading strategy?

A lot of editors read globally; they’ll go through a manuscript of a book, or even magazine pieces, to get a feeling of the whole thing. And then, if they have time, they’ll go back and be more careful. I’m careful from the start, because I find that if you start with details, start looking at the punctuation, word choices and sentence patterns, it’s like building a building: You begin with the architecture of the book.

What was your reaction when you found out that Alice Munro won the Nobel Prize?

I was so thrilled. When I read the first story of hers, called “Royal Beatings,” that was a similar burst of excitement. I thought this person is extremely poignant and beyond talented. I don’t think there are many writers that will last that long. Somebody asked me recently who will be read in 100 years. Who’s going to be [Charles] Dickens? Who’s going to be [Anthony] Trollope? Who’s going to be — this is not a joke — who’s going to be the Bible 2,000 years from now? It might be some how-to book, like the Atkins diet, but I don’t know.

Daniel Menaker on The New Yorker and Making Mistakes