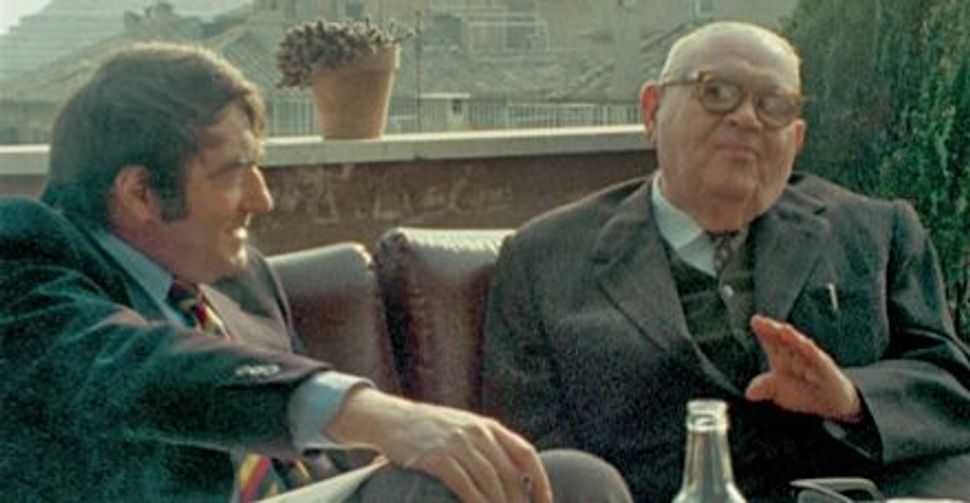 “The Last of the Unjust” is at once a documentary on the Holocaust, a character portrait, an inquiry into the nature of evil, a rumination on drawing moral distinctions, and a lesson on the pedagogical limits of film. This well over three-hour documentary, directed — or should we say “constructed”? — by Claude Lanzmann, whose nine-and-a-half-hour “Shoah” of 1985 set the bar impossibly high for anyone foolish enough to take on the same subject, is an adjunct to that earlier project. In “The Last of the Unjust,” Lanzmann takes a massive amount of interview footage with one Viennese rabbi, Benjamin Murmelstein, originally intended for “Shoah,” and uses it to home in on this particular Jew caught up in the ethical quagmire of the concentration camps. 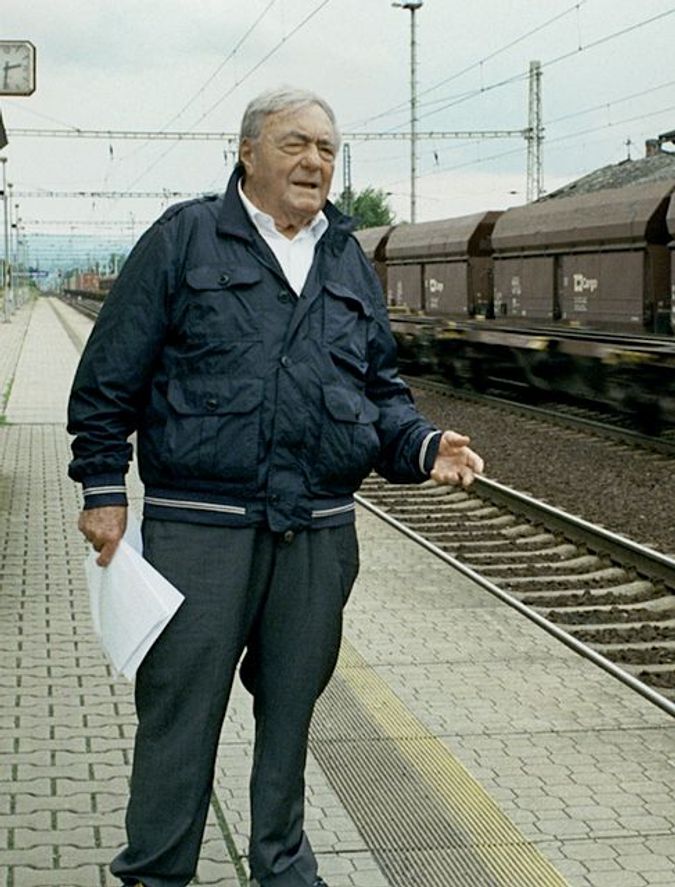 In this case, the “camp” is the model village Theresienstadt, the former Czech garrison Terezin, “given to the Jews” by Hitler, but used for propaganda purposes such that the International Red Cross was taken in by the elaborate subterfuge. As a Nazi “public relations” film of the period shows, Theresienstadt was populated by happy, well fed children playing games, vigorous Jewish athletes engaged in a soccer match around a large inner courtyard for the pleasure of a packed “house,” and talented Jewish musicians performing symphonic music for the interned masses. Factory workers industriously produced goods for the self-sufficient village, and so purposeful and idealistic are the looks on all of these Jewish faces, one wonders if Leni Riefenstahl could have produced any more invigorating picture of Jews as their own master race. Indeed, in this piece of twisted propaganda, Theresienstadt is made to appear a homeland for which any Jew would seek to make aliyah.

But Lanzmann’s film does not provide a historical reconstruction of the town itself; instead, in a week’s worth of interviews conducted in 1975 with Murmelstein, the third Jewish elder to have administrated the town, and thus a man at the will and whim of the Nazis, Lanzmann forces us to measure the guilt or innocence of a Jewish “collaborator” — one of those Jewish elders whom Hannah Arendt fingered with contempt.

Murmelstein, imprisoned in Prague at the cessation of hostilities, was acquitted by the authorities. Yet as a Jew who had exercised near-dictatorial authority over other Jews in the model village, he became persona non grata and retreated to Rome where Lanzmann found him 30 years later. The series of interviews, mostly conducted in German against the sunny backdrop of the Eternal City, consume the screen as Lanzmann prods the 70-year-old Murmelstein to explain himself.

And explain himself he does. Instead of some defiant weasel whiningly defending past behavior, Murmelstein is voluble, ironic, alternately modest and proud, and a man of both intellectual erudition and obvious real world cunning.

His anecdotes about Nazi directives, his two predecessor elders (Jakob Edelstein and Paul Eppstein, fated to meet terrible ends), his acquaintance with Adolf Eichmann, and his administration of the village in the face of starvation and disease, are delivered at full throttle; Murmelstein has a strong memory for the striking image, the indelible turn of phrase, and for key dates. His responses to Lanzmann’s questions sound vivid but unrehearsed. He scoffs at Arendt’s conclusions about Eichmann and the Nazi project as evidence of the “banality of evil,” recounts seeing first-hand Eichmann’s personal participation in the physical destruction of a Viennese synagogue during kristallnacht, and defends his cooperation to “embellish” Theresienstadt — projects of prettification and renovation for the purposes of Nazi propaganda — on the principal that since the Reich needed the village for its own selfish international publicity, then to keep the village going was to make it indispensable and prolong lives.

Of the Eichmann trial, Murmelstein, who had the benefit of being in repeat contact with Eichmann, sounds more regretful than dismissive that his offer to give testimony was never pursued, and he finds the Israeli prosecutors strangely incurious if they could not have found evidence of Eichmann’s early and enthusiastic anti-Jewish violence.

That Murmelstein was forced to make life-and-death decisions, some of which may have hastened Jewish deaths, is never far from the viewer’s thoughts. But in the comfort of our screening rooms or movie theaters or digital devices, weighing the moral calculations made by those with a gun at their heads, in a universe unremittingly capricious in its evil, seems absurd.

The term moral relativism has been used as if to equate it with “amoral” — to be with without ethical distinctions or beyond traditional norms. But to withhold judgment of Murmelstein, to accept him in his admitted frailties acting in impossible circumstances, is not to abandon moral categories, but to accept that we must weigh with even finer gradations a man who operated in a system that itself made mockery of all ethical norms, forcing him into that “gray zone” of which Primo Levi wrote, where all in the lager were reduced to the primitive fight for survival, and where every newcomer lost his and her ethical bearings almost immediately.

To vary the relentless “talking head” interrogation of his subject — conducted in 1975, one must say, with absolute civility, even occasional warmth — Lanzmann’s camera returns to the scenes of many crimes, including broad beautiful landscapes of rolling hills and verdant trees. We see the haunted town of Terezin itself, whose long fortress-like streets seem no more welcoming today than they would have at any other time, or watch a provincial railway station where modern passenger trains speed by, ignoring the ghosts of deportations past.

The Lanzmann of 1975, an urbane Left Bank sophisticate facing his compromised interlocutor, is today a stouter white-haired figure who provides factual commentary in magisterial French read off of typed sheets held in his hands. “The Last of the Unjust” doesn’t have the symphonic majesty of “Shoah,” with its unsparing scrutiny of indelible faces, a film bursting with defensive denials, candid recollections, wistful regrets, pained admissions — in short, a panoply of “good” and “bad” survivors. Here, instead, we have in one man a world of moral ambiguity.

For those who reject Murmelstein out of hand, he who has called himself “the last of the unjust,” the film begs us to put away our certainties of how much better we would have behaved. We can not know, and to pretend we can is arrogance.