Huckabee Wows at Israel at Zionist Organization of America Dinner 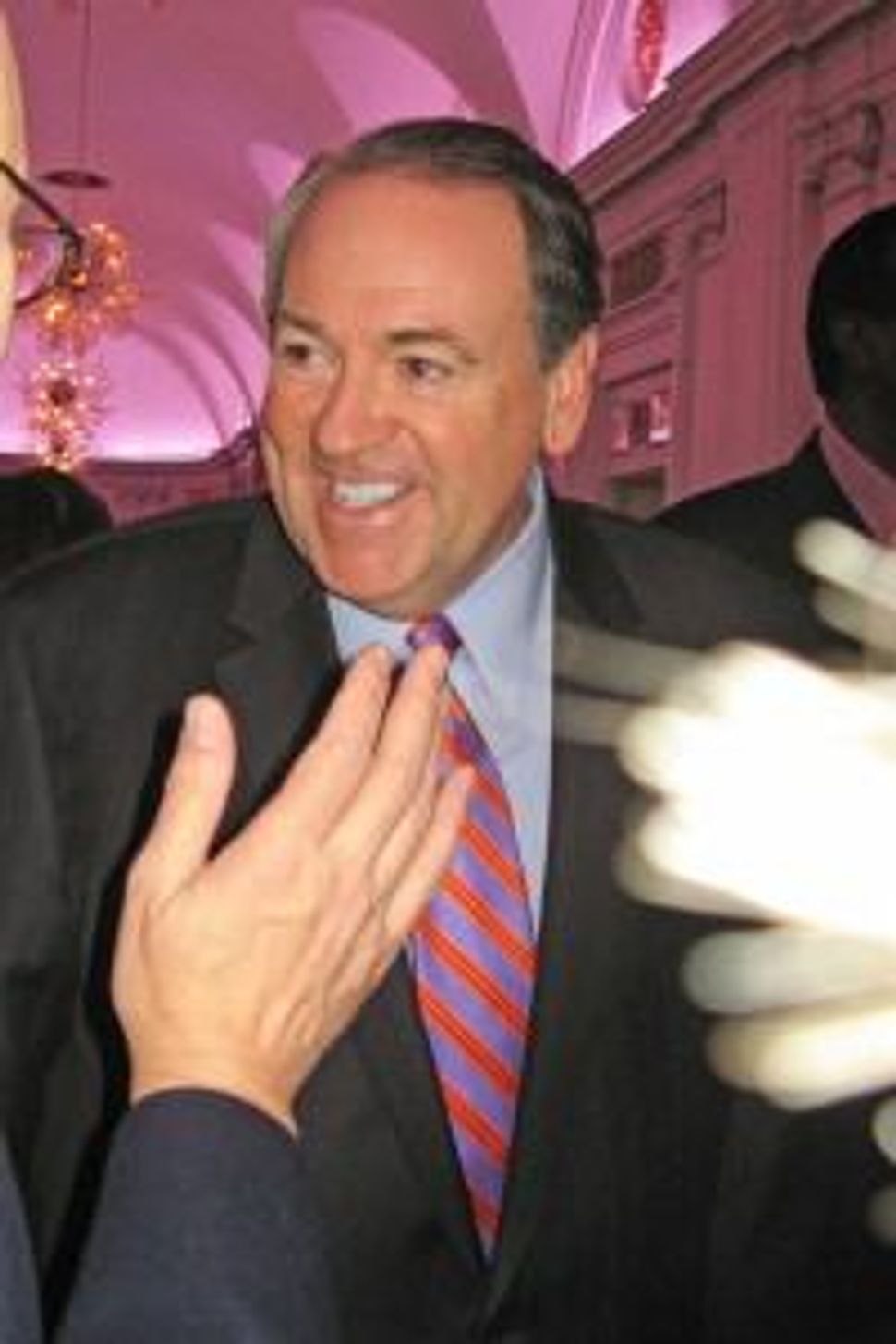 When the cantor was late to the November 24 Zionist Organization of America Justice Louis D. Brandeis Award Dinner, the more than 900 standing guests raised their voices in an a cappella “Hatikvah” and “Star Spangled Banner” that rattled the walls of the New York Grand Hyatt Ballroom.

Touting ZOA president Morton Klein as one “unafraid to not only ruffle feathers, but plucking the chicken, “ recipient of the Dr. Miriam & Sheldon Adelson Defender of Israel Award, keynote speaker, past presidential candidate, TV host, former Arkansas governor and Baptist pastor Mike Huckabee said: “I hope that other Jewish organizations will get over their sore throats and find their way to speak clearly…that the idea that you are going to trust Iran is like handing a 16-year old a gallon of whiskey and the keys to your BMW and asking him to drive carefully when he takes his girlfriend out.” 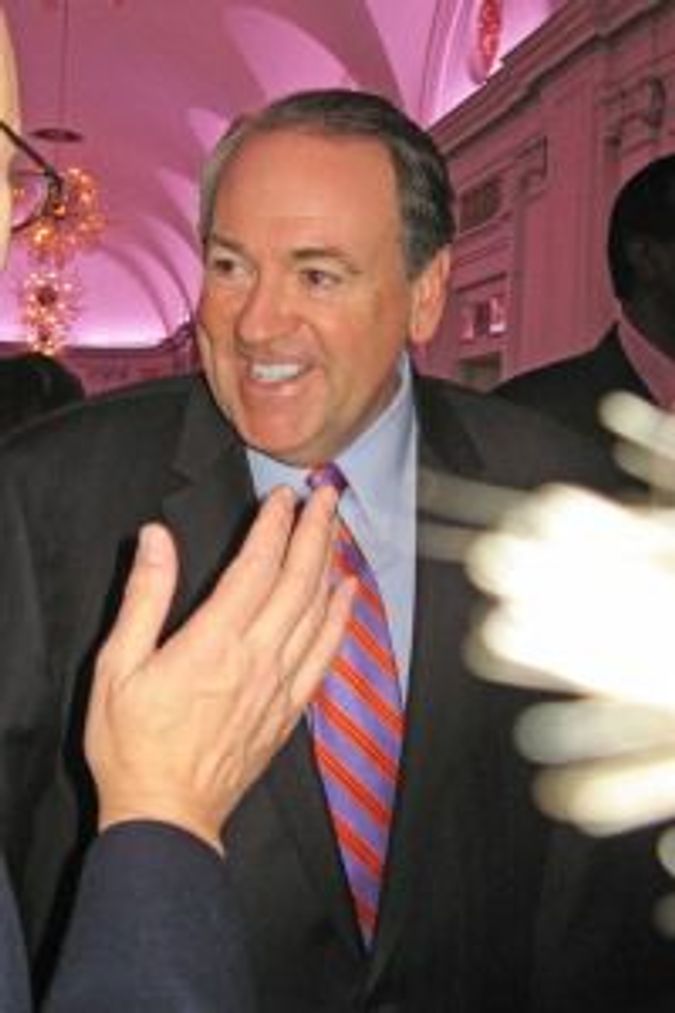 Table chatter stopped, dinnerware was silenced, and even some of the waiters stood transfixed. “You cannot negotiate with people who do not believe you have the right to breathe,” said Huckabee.

Reflecting on his visit to Auschwitz-Birkenau with his wife earlier this year, he said: “In my many trips to Yad Vashem, I thought I might be prepared. But there is no way to prepare for the emotional impact of standing in the room where 1.1 million of many of your family members and ancestors were murdered in cold blood…. I could not help but think that before any American president ever were to sign an agreement with those who vow death to Israel, they should first sit at a table in that very room, sign before the world an agreement that not only is Israel entitled to its boundaries of its homeland, but as to any attempt to destroy the land of Israel or the Jewish people they would have to submit to signing these words in that place: ‘Never again! Never Again! Never, Never, Never Again!”

There were video greetings from Prime Minister Benjamin Netanyahu. In his invocation, Rabbi Shmuley Boteach noted: ”When the Maccabees defeated the enemy soldiers…they never built a single military arch…. never gave in praise a song like “Beowulf.” We are a nation that never glories in our tanks, rifles… grenades. We are a nation that uses all three to defend life.”

Apropos her decades’ long observation of the U.N., recipient of the ZOA’s Ben Hecht Award for Outstanding Journalism Prof. Anne Bayefsky, Director of Touro College Institute on Human Rights said: “There seems to be a human rights offer to everyone except Israelis.” U.S. Congresswoman Michele Bachmann defined Israel as “The greatest friend, the greatest ally the United States has… at the tip of the spear in the war on terror.” Co-chaired by James Tisch, and Kenneth Bialkin, the recipient of the ZOA’s Justice Louis D. Brandeis Award was real estate entrepreneur and philanthropist Myron Zimmerman—whose bio notes — married a former Miss Israel.

Huckabee Wows at Israel at Zionist Organization of America Dinner