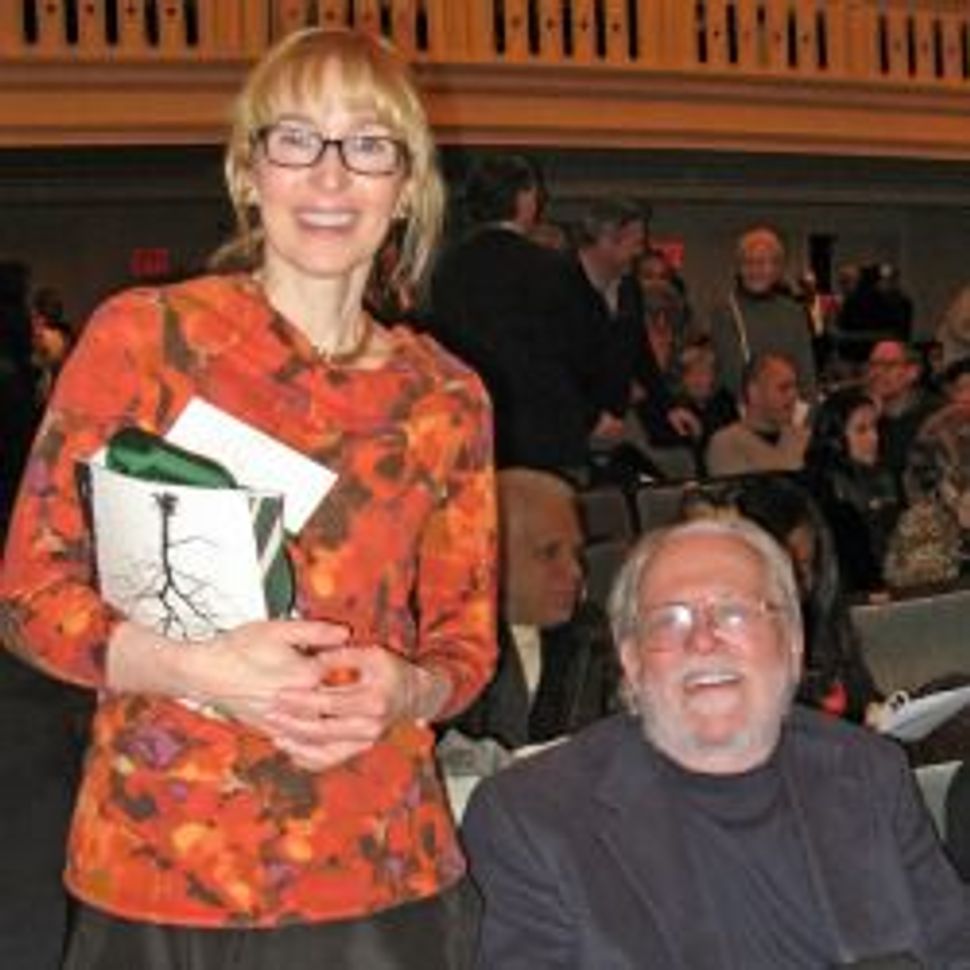 When I first met Israeli pianist Roman Rabinovich, winner of Israel’s 2008 Arthur Rubinstein International Piano Masters Competition, at the January 22, 2009 Salon De Virtuosi concert at the Hungarian Consulate, I could not have imagined that one day he and composer Peter Schickele aka “PDQ Bach” would share the stage at Weill Recital Hall at Carnegie Hall, with my daughter Laura Leon.

At the November 25th Classical Recording Foundation’s Twelfth Annual Award Ceremony, Rabinovich received the foundation’s Young Artist Award. Schickele/PDQ Bach received its Composer of the Year Award. It was noted that recording artist Leon, co-chair of the American Society for Jewish Music’s Concert Committee, is completing a new recording of Schickele’s music, which she will perform to be released in February 2014 on the Musical Tapestries Label.

Foundation founder Grammy Award-winning classical producer and engineer Adam Abeshouse touted Tashkent, Uzbekistan-born Rabinovich — who dazzled with his performance of excerpts Couperin and Ravel — as “one whose talent shows no bounds.” Abeshouse introduced Leon as one “who has been championing the serious work of Peter Schickele.” 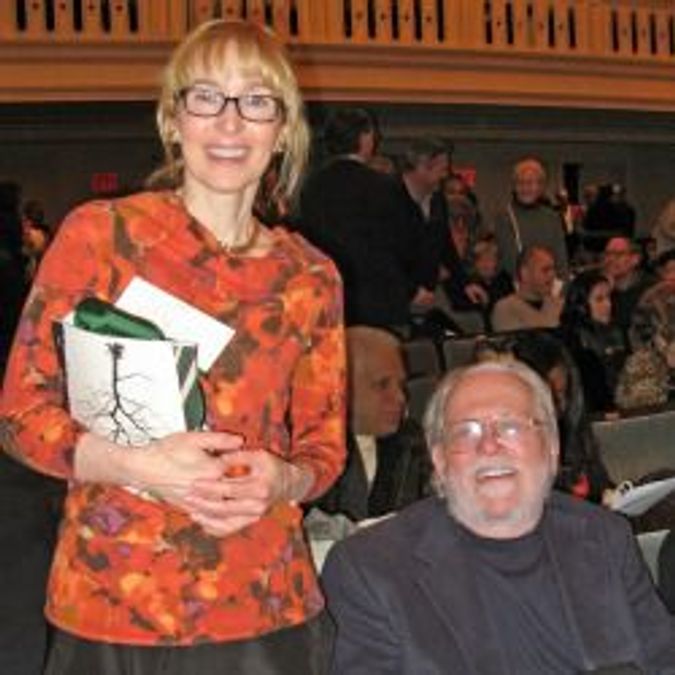 He admitted, “I grew up idolizing PDQ Bach… who taught me that classical music can be cool.” Leon performed selections from Schickele’s “Hollers, Hymns and Dirges: Eight Folk Settings for Piano — which included “Guide Me, O Thou Great Jehovah” and his delightful “Little Suite for Susan.”

Wearing a midnight blue blazer and black turtleneck, Schickele came on stage and announced:” We have a little surprise thing on the program here. Laura and I are going to play a piano four-hands piece called ‘Little Suite for Summer’ — a collection of seven pieces which I wrote for my son for his 8th birthday…the first movement is “Cha, Cha, Cha Boom-Deeay’ and… ‘Sore in the Saddle Again’—another bit of evidence of my fondness for phony cowboy music.” Seated side-by-side on separate piano benches, Leon and Schickele were celebrating his music with whimsy and gusto.

Post performance John Schaefer, Host of WNYC’s Soundcheck and New Sounds, turned to the audience: “Peter Schickele with Laura Leon performing on piano four hands — one hand less than your record — a piece you wrote for ‘Piano Five Hands’ which either required a third pianist or a mutant — I guess.” Not one to miss an opportunity for a comeback salvo, Iowa-born Schickele — whose output includes more than 100 works for symphony orchestras, movies, television, and whose commissions include the musical segments for the new Disney animated feature film “Fantasia 2000” as well as the musical score for Maurice Sendak’s “Where the Wild Things Are” retorted: “I [like to] leave one hand available to turn pages.”