Golden Globe Noms: Who Gets What? 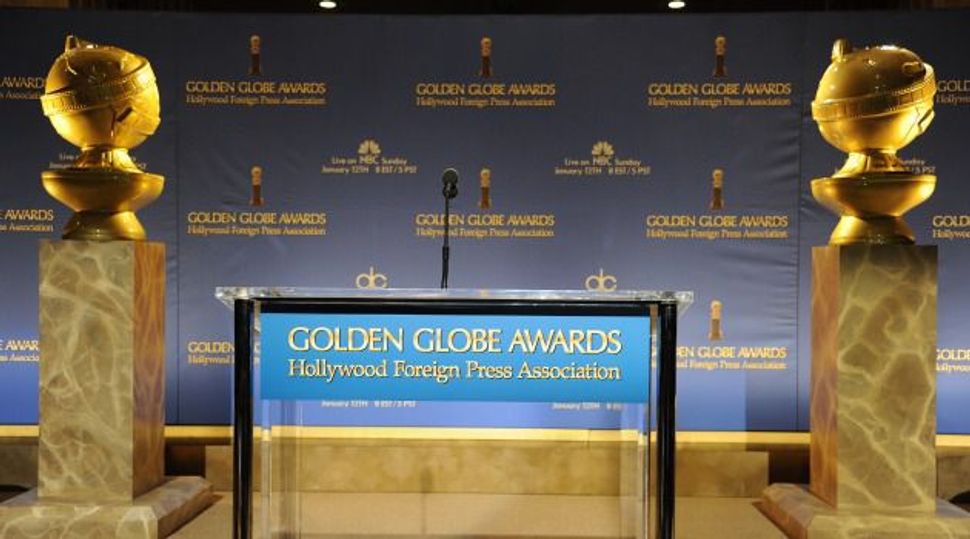 Slavery drama “12 Years a Slave” and 1970s con-artist caper “American Hustle” led the Golden Globe Awards nominations announced on Thursday with seven nods each, fortifying their frontrunner positions in a crowded field ahead of the Oscars.

“American Hustle,” was nominated for best comedy or musical, alongside computer-age romance “Her,” folk singer tale “Inside Llewyn Davis,” heartland ode “Nebraska” and financial tale “The Wolf of Wall Street.”

Best acting nominations favored acclaimed actors with long careers, like 79-year-old Judi Dench for her role as a mother looking for the son she was forced to give up in “Philomena” or Robert Redford, 77, the sole cast member as a sailor in “All Is Lost.”

The Golden Globe nominations voted by members of the Hollywood Foreign Press Association (HFPA) are a leading indicator for the awards season and underscored the strong year for film, with many critically acclaimed movies and performances jostling for prominence.

“The nominations show that it has been an extremely competitive year, a real competitive year,” said Theo Kingma, HFPA president. “We’ve had so many films with very large casts, the leads were fantastic but also the people with the tiniest roles.”

“Nebraska” won five Golden Globe nominations overall, including best actor in a comedy or musical for veteran actor Bruce Dern. “Captain Phillips” and “Gravity” each secured four nominations, including best actor and actress nods for their lead characters, Oscar winners Tom Hanks as the ship captain under siege and Sandra Bullock as a stranded astronaut.

The Golden Globes will be handed out on Jan. 12 in Beverly Hills, just a few days before the nominations for Academy Awards, the highest honors in Hollywood. While the HFPA can make some unconventional choices, last year’s Golden Globe for best drama went to Iran hostage thriller “Argo,” which went on to win the Oscar for best picture. RACE FOR OSCARS HEATS UP

And while “12 Years a Slave” and “American Hustle” compete in separate categories for Globes, they are likely to go head-to-head in the Oscars race for best picture.

“12 Years a Slave” by director Steve McQueen, a real-life story about the free black man Solomon Northup sold into slavery in Louisiana, has been a top contender for awards since winning at the Toronto International Film Festival. On Wednesday, the depiction of brutal pre-Civil War American slavery won the most nominations for acting awards from the Screen Actors Guild, with four nods.

“I am delighted for my cast and crew who worked so hard on this film to shine a light on a forgotten American hero, Solomon Northup,” said McQueen after learning of the Golden Globe nods.

In “American Hustle,” director David O. Russell reunites some of his favorite actors from previous films “The Fighter” and “Silver Linings Playbook,” like Christian Bale and Jennifer Lawrence, for a romp through heady 1970s New York, with con-men and an FBI sting operation gone awry.

The Golden Globes nominations also gave a boost to the new biopic “Mandela: Long Walk to Freedom,” which premiered shortly before the death of Nelson Mandela. Idris Elba was nominated best actor in a drama for his role as the South African anti-apartheid leader.

In television, Golden Globe nominations highlighted some new and edgy shows, like the history of sexual study in “Masters of Sex” and the Netflix political thriller “House of Cards,” both nominated for best drama. Old favorites like the advertising industry drama “Mad Men” were excluded.

Golden Globe Noms: Who Gets What?