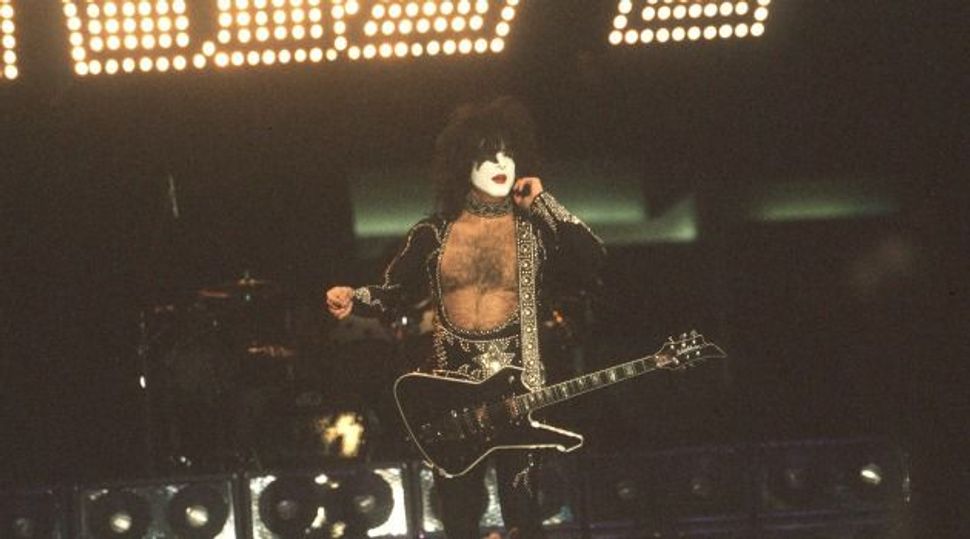 Get ready to rock and roll all night and party every day — or at least save the date for April 10. KISS will be among the class of 2014 inductees of the Rock and Roll Hall of Fame.

The Jewish boys of glam rock will be honored along side Nirvana, Peter Gabriel, Hall and Oates, Cat Stevens and Linda Rondstadt at Brooklyn’s Barclarys Center on April 10. And for the first time ever, you could be there to see it — tickets for the event will go on sale in January.

But if you don’t have the predicted gazillion dollars needed to attend, don’t sweat it. HBO will also air the ceremony in May and you can rock out to your heart’s delight in your living room.

KISS have been eligible for the last 15 years, but had yet to get the nod. According to Rock and Roll Hall of Fame President and CEO Joel Peresman, the band has their legions of devoted fans to thank for the honor: “The Kiss Army has descended on Cleveland in recent years,” says Peresman. “And we’ve gotten thousands of letters. They also did extremely well in the public vote.”

I’m honored to be inducted into the Rock & Roll Hall Of Fame knowing we’ve remained true to ourselves and our fans. pic.twitter.com/z3voAK6r5o

The two remaining original band-members also expressed their gratitude to their fans on the band’s official website. “The spirit of rock and roll for me has always meant following the paths I choose regardless of what my critics or my peers think,” Stanley wrote. “For 40 years KISS has built an army that apologizes to no one and I’m honored to be inducted into the Rock & Roll Hall Of Fame knowing we have remained true to ourselves and our fans.”

To which Gene Simmons (born Chaim Witz) added: “To the KISS Army, Ace, Peter, Eric Carr, Vinnie, Mark, Bruce, Tommy and Eric Singer, Bill Aucoin, Doc McGhee and to my partner of 40 years, the ever youthful Paul Stanley…and all the members of the KISS Family. This honor is for you. 40 years of Rockin’ and still going strong.”