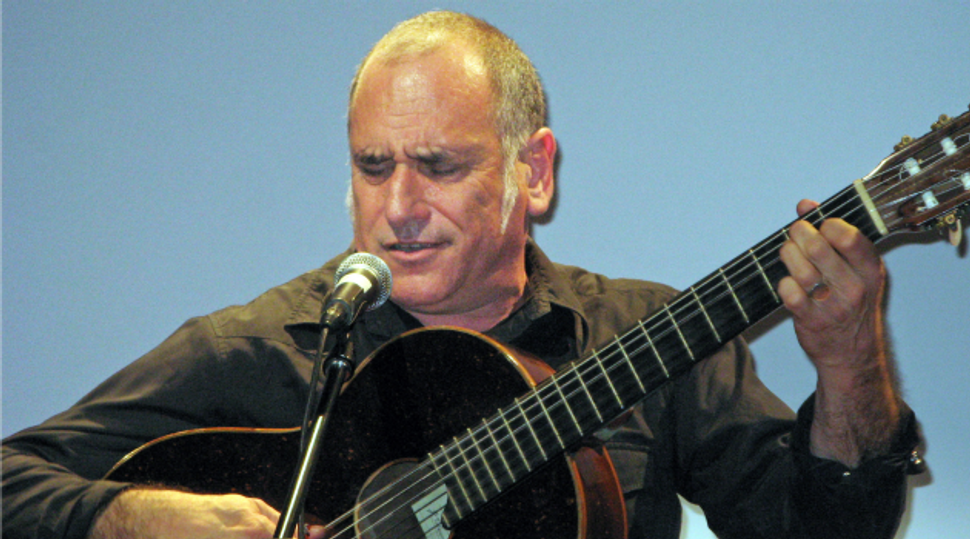 It was Israeli superstar David Broza, and leger de main mentalist Kenny who helped make the December 16 American Friends of Reuth’s — “Reuth at 75” — celebration an evening to remember.

During the pre-dinner mingling, the 170 festively dressed guests at The New York Palace were amazed and distracted by illusionist Kenny, whose disarming tricks included levitation of a paper dollar, resetting guests’ wrist watches and [gasp! gasp!] identifying obscure details of attendees’ lives.

Ido Aharoni, Israel’s consul general in New York, lauded the Reuth Medical Center noting how he was “inspired by the stories of patients and staff” and touting its “energy—considering the severity of many of Reuth’s patients, ailments and disabilities.”

Aharoni also designated event honoree Broza as “an excellent ambassador for Israel as well as an activist for many worthy causes.”

A passionate performer, Israeli-born, Spain-educated Broza — who was awarded Madrid’s Civil Order Medal of Honor by King Juan Carlos I of Spain for his long time contribution to Israel-Spain relations and promotion of tolerance — entertained with Spanish and Middle Eastern songs from his most recent album concluding with his famous peace anthem “Yihye Tov” which elicited a sing-along from the guests.

Also honored was Chairperson of Reuth Merav Mandelbaum. Starting as a volunteer 35 years ago, she has been recognized for her special contribution to Israel’s health system. In her acceptance speech, Mandelbaum noted the extreme effort the Reuth staff members take to make its Life Care Centers feel like home, eliciting a visitor’s comments that “’it doesn’t smell like a hospital.’”

Founded 75 years ago — and caring for people of all backgrounds — Reuth has evolved from a women’s social service serving food on Tel-Aviv’s beaches to Tel-Aviv’s largest Rehabilitation and Chronic Care facility that includes the Agam Center for Eating Disorders as well as round-the-clock hotline information on rehabilitation and geriatric care. A propos American Friends’ generosity, I recalled a comment by Mandelbaum at a past Reuth event — “It is nice to know that [in Israel] we are not alone.”

When it was established in 1937, Reuth helped prepare the ground for the State of Israel by supporting the community with hot meals, then serving thousands of Holocaust survivors and immigrants. It has been a long journey from the founding of Reuth Medical Center in 1961 with 25 beds for geriatric patients to its current more than 300 state-of-the-art rehabilitation and chronic care facility.

As at past events, Reuth’s Young Leadership contingent was an active participant in the program and stayed for an “after party” bash at which Broza got the well-deserved “Idol” treatment.