Jonah Hill and ‘The Wolf of Wall Street’ 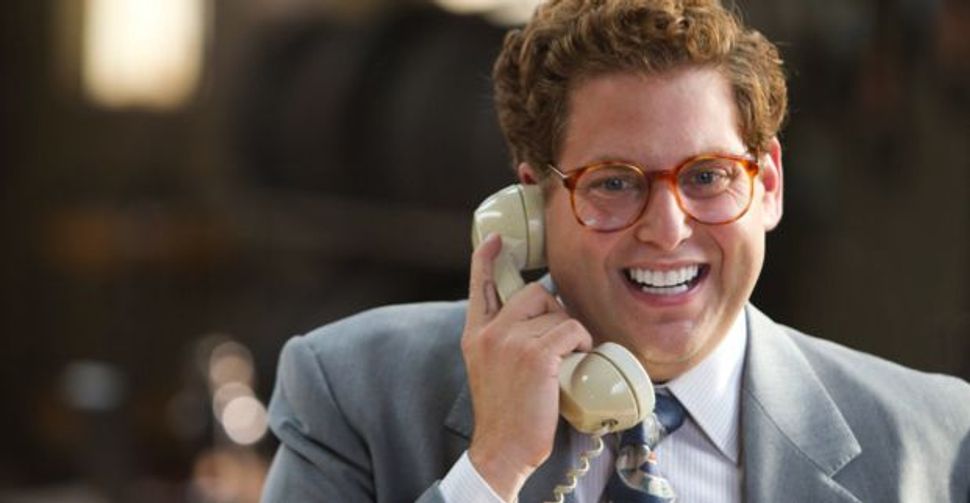 Jonah Hill has reached a new high. The 30-year-old comic actor is co-starring with Leonardo DiCaprio in Martin Scorsese’s “The Wolf of Wall Street,” which opened December 25. On December 19, Hill spoke at “Reel Pieces,” the Annette Insdorf series at the 92Y. Hill comes across as a man with integrity, intensity, intelligence, and someone you just want to hug. 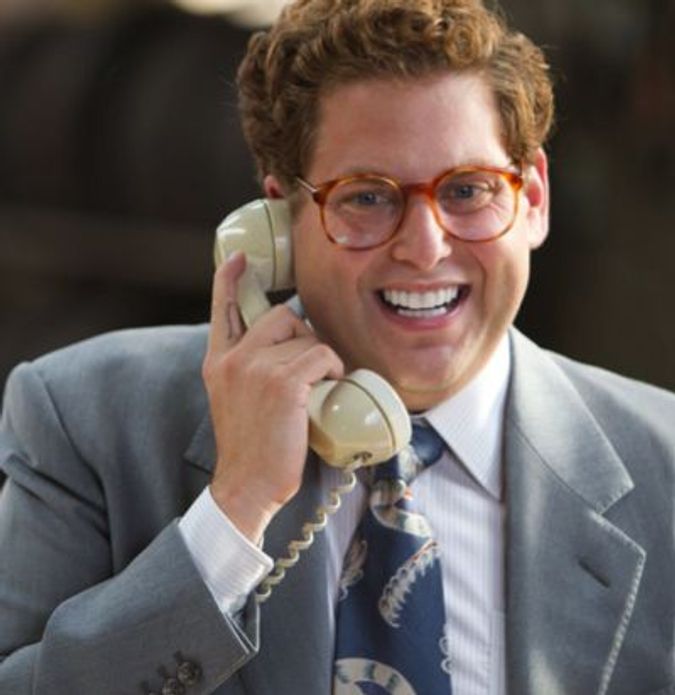 What led up to you landing the role of Donnie Azoff?

Jonah Hill: Leo DiCaprio was promoting a film in Mexico and by chance I was too. He was the producer of “The Wolf of Wall Street” so I thought “I want to meet with him before I meet Martin Scorsese.” We sat down for a meeting. When we met I said “I have to play this part, so I’m sorry if you have anyone else in mind. That’s just not going to happen.” [Grins]

Why were you so sure you should play this part?

I recognized that person in society. I had to be a part of illuminating what’s wrong with that kind of excess and valuing money over everything else.

When did you hear you got the part?

They took about two months to make their decision. Every day I got a call, “They didn’t say no yet but they’re seeing another actor who is way better than you.” Finally, I was at dinner one night and my phone rang. It was Leo and he said, “I just talked to Marty and you’re the guy.”

How difficult was the scene with you and Leonardo DiCaprio on Quaaludes?

There were a lot of takes and we had to meet with a drug expert. Seriously. My character Donnie is a severe drug addict. Having not taken crack cocaine and Quaaludes, I had to seek guidance from someone who had. A former drug addict who’s now a drug counselor walked me through what it would feel like to be on all of these different drugs.

What was the first Scorsese film you saw?

I was 9 when I saw “Goodfellas.” My parents were lenient if it had to do with art. From that moment on that was my favorite film and I wanted to be a part of the movie making process. I don’t know what that says about me but it continues to be my favorite film.

Martin Scorsese has referred to “Goodfellas” as a comedy, and the Golden Globes nominated “The Wolf of Wall Street” as “Best Film, Comedy.” Do you see these movies as pure comedy?

Martin Scorsese movies encompass all different feelings at once. Like in life, a moment isn’t categorized as just one feeling. In his movies, a lot happens in the same scene. Like when Joe Pesci in “Goodfellas” said, “You think I’m a clown? Do I amuse you?” It’s very funny but it’s also terrifyingly scary. You don’t know what to feel and you change feelings from second to second. That’s what I think “The Wolf of Wall Street” has.

Is your character Donnie Azoff a real person?

He is a composite character. Jordan Belfort, who Leonardo plays, wrote the book the movie is based on so it’s from his perspective. It describes debaucherous and excessive behavior. I can imagine that other people might not want to be portrayed. They were criminals. They swindled innocent people out of their money and many never paid for their crimes.

Did you meet any of the real guys?

Leo and I spent an enormous amount of time with Jordan Belfort. He was the most helpful resource I’ve ever had for a film. You could call him up between takes and say, “We’re about to shoot this scene, what was it like when this happened?” He’d talk to you for 20 minutes. He’s not shy about his experiences. He is unapologetic for his behavior. Jordan just says, “We did this, we did that.” There’s no tone of voice, no tonal shift.

Did you watch movies like “Wall Street” or “Boiler Room”?

I actually watched “Caligula.” There is a part of you that says, “I want everything. I want money, success, carnal desires.” Whatever it is and “The Wolf of Wall Street” is a film about people who are 100% that quality.

How does working with Scorsese compare to other filmmakers?

I went from working with Quentin Tarantino in “Django Unchained” to working with Martin Scorsese. These are two iconic, American filmmakers. With Quentin I had to stick to the script word for word. Scorsese was like, “Do whatever you want.” It was a freeing experience.

Jonah Hill and ‘The Wolf of Wall Street’