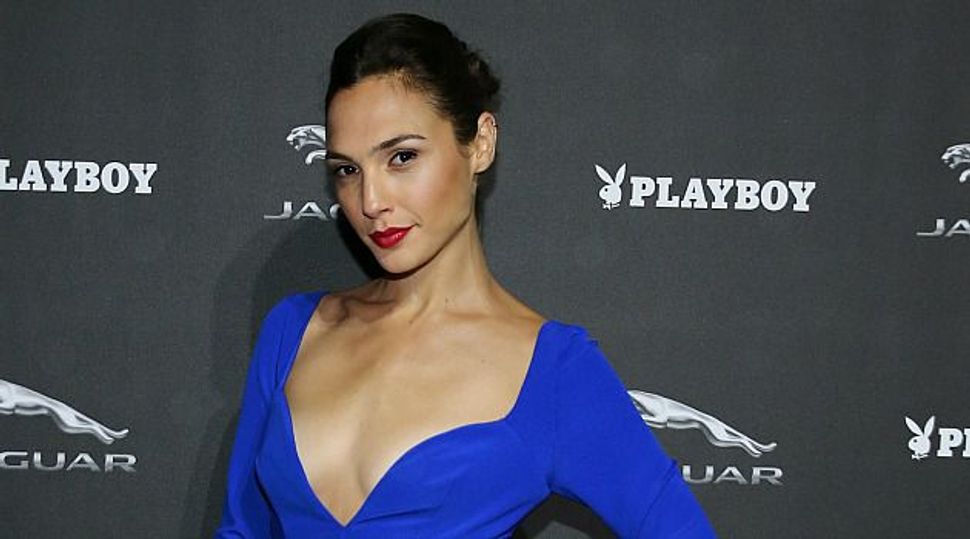 (JTA) — Gal Gadot, the Israeli supermodel recently cast as Wonder Woman in the upcoming movie “Man of Steel,” opened up on an Israeli talk show about her new role.

The slender Gadot has received significant criticism from Wonder Woman fans about her physique. Some claim she is too thin and too flat-chested to properly embody the iconic superheroine.

“I represent the Wonder Woman of the new world,” she told the Israeli program “Good Evening with Guy Pines.” “Breasts … anyone can buy for 9,000 shekels and everything is fine.”

Gadot also delved into her character’s backstory. In her comic book incarnation, Wonder Woman’s secret identity is Princess Diana of Themyscira, a princess of the Amazons, a fierce race of warrior women who lived near the Don River in contemporary Russia. In some iterations of the myth, Amazons cut off their right breasts in order to throw their javelins with greater accuracy – a fact Gadot picked up on in her interview.

“By the way, Wonder Woman is Amazonian, and historically accurate Amazonian women actually had only one breast. So, if I’d really go ‘by the book’ … it’d be problematic,” Gadot said.

She added that she plans to work out with weights in order to gain the extra muscle required for the role.