Power Couple Behind ‘Handle With Care ‘ 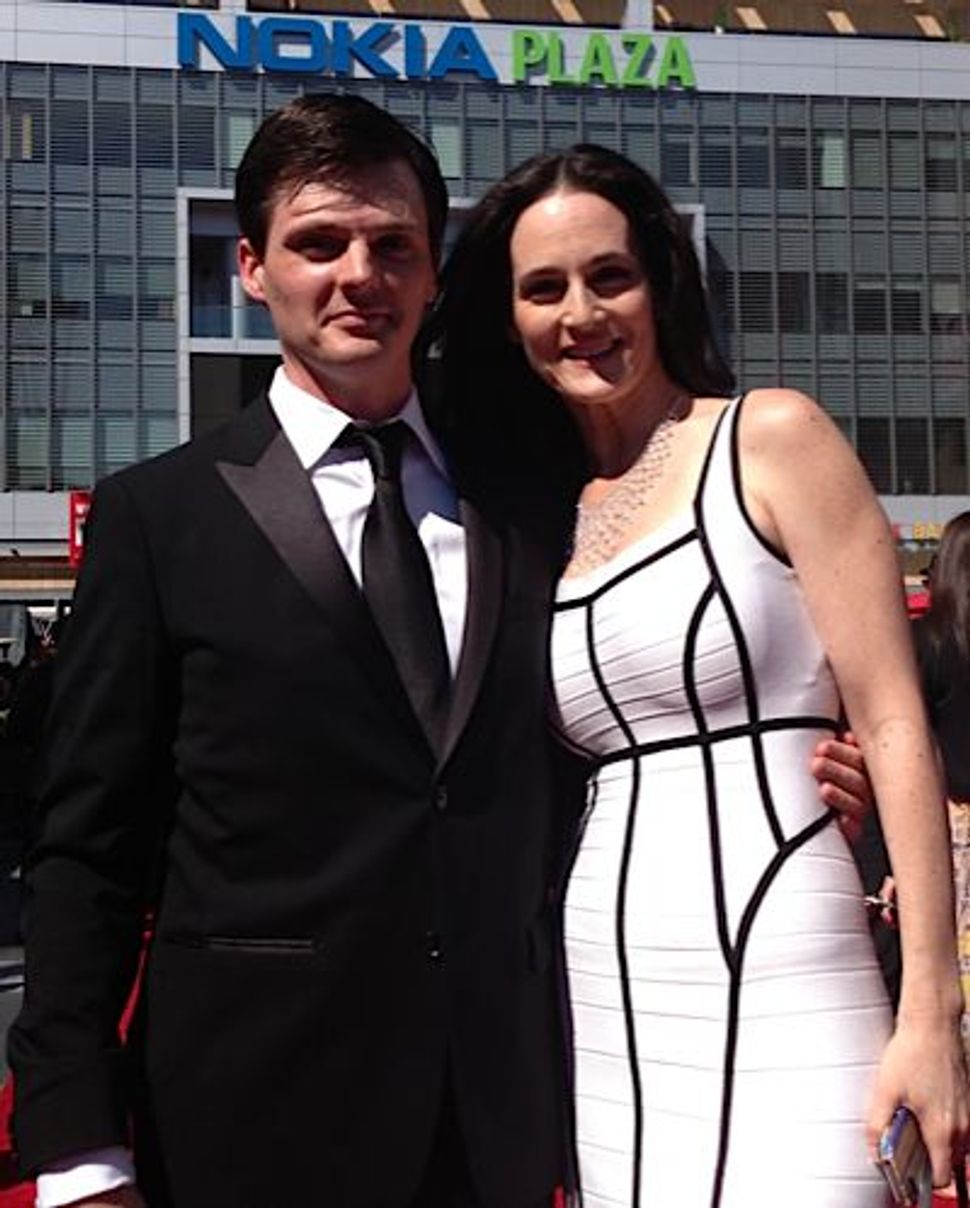 “Handle With Care” starts with a loud monologue unintelligible to most audience members because it’s in Hebrew. True, that’s not how plays typically begin — at least outside of Tel Aviv — but somehow it all works. In fact, The New York Times called the show “hilarious and heartwarming.” 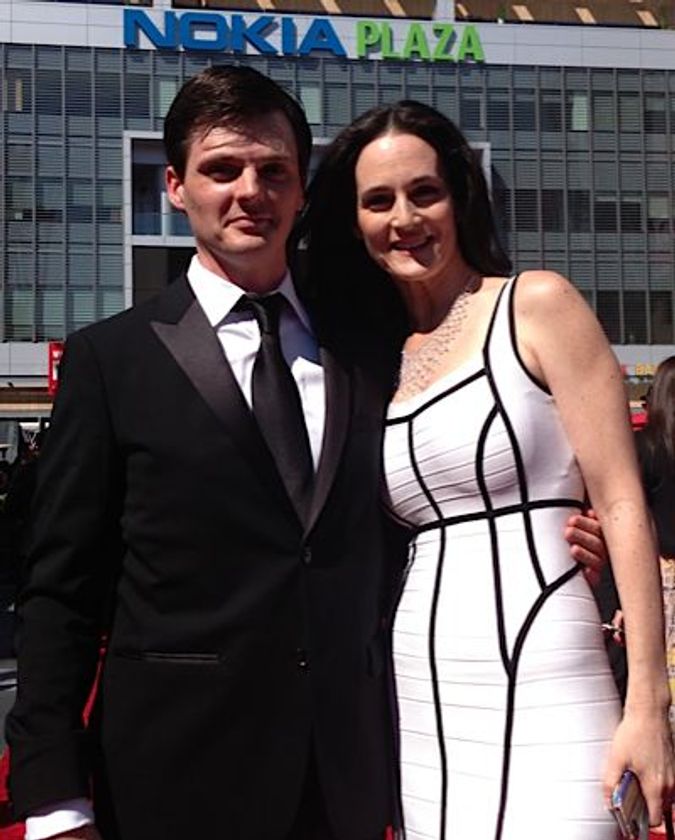 While top billing goes to Carol Lawrence, the main character and screamer, Ayelet, is played by Charlotte Cohn, in real life a former Israeli tank commander who, as it happens, is married to the playwright, Jason Odell Williams.

What Ayelet is yelling about is that the body of her deceased grandmother Edna (Lawrence) has somehow disappeared. The two were vacationing in the U.S. when grandma passed. The body was in an airport-bound package delivery truck that was stolen with its contents. In the process of recovering the truck, fate and love eventually triumph.

Cohn was born in Denmark to a Danish father and an Israeli mother, but was raised in Jerusalem. She served in the military for five years as tank commander and in intelligence. She saw action, but “can’t really talk about it.”

Williams says his background “is not as interesting,” but his present certainly is. In addition to having his first play produced, he’s a writer/producer of the Emmy-nominated children’s show, “Brain Game,” and his first novel, “Personal Statement,” published last August, was promptly optioned by a film studio.

Cohn and Williams spoke to the Forward about how her parents met cute, how they met themselves, and how the play came about.

Curt Schleier: Your father is Danish. Your mother is Israeli. How did they meet?

Cohn: My mother was raised in a kibbutz, one of the first in Israel, Deganya Bet. My father was a big zionist, a big supporter of Israel. He visited through one of those organizations that took Danish supporters of Israel to all kinds of places, including an army base. My mom took him around the base and he fell for her. He courted her and finally she gave up and went to live with him in Denmark. They have four girls and lived there for 13 years with my mom complaining that she was cold and wanted to go back to Israel. Finally they did when I was 5 years old.

You two met in acting school. Was it love at first sight?

Williams: She sort of hated me.

Cohn: No, you hated me. Jason was shy and I misinterpreted that as him being full of himself. We really didn’t like each other in the beginning.

Williams: That was only a couple of months. Then we became friends pretty quickly. You were the only one in school I tolerated.

Cohn: My father passed away during my first year in school. When I came back from shiva in Israel, Jason was the only one who talked to me. He’d lost someone in the past and was able to communicate with me. That’s when we really connected.

How did your parents react to your marriage?

Cohn: I dated many Jews as you can imagine. Here [in the U.S.] I also had a very serious relationship with a Jewish man who was as non-Jewish as you can be. But I never had a problem dating non-Jews. I was Orthodox growing up, but I fell out of a life of religion starting at about the age of 16 or 17. But I respected my parents and did what I had to when I lived at home. But at the age of 18, I sort of let go of the whole thing. [When it came to marrying Jason,] I didn’t have a problem. I said jokingly though, ‘If my father were alive this would kill him.’ My mom was just happy that I was going to be happy. My family actually loves Jason.

Williams: Really? They do?

Cohn: Every time he comes to Israel, my oldest sister tries to convince Jason to convert.

How did the play come about?

Williams: Where did the play come from? I don’t know. Amy Tan once said, any time a writer writes anything it’s a miracle, a kind of divine intervention. I just started with the woman speaking Hebrew, one of Charlotte’s special skills. She should be somewhere in America, and the audience should be as baffled by what’s happening as she. The character has to get the body to Jerusalem for burial in 24 hours. After three or four years it took shape.

There’s a very tender moment when Ayelet and Josh, a character who helps her, light Shabbos candles. It was sensitive and a little surprising, given that you’re not Jewish. Did Charlotte help you?

Williams: When I figured out I want to have a Shabbos scene, she walked me through it and we wrote it together.

Cohn: Jason really appreciates the traditional side of things. We like Hanukkah candles and even once in a while have a Shabbos meal.

Williams: What I like about organized religion is how it brings communities and families together. Any reason for families to gather — a Seder, Shabbat or church — walking next to the community is a good thing.

Power Couple Behind ‘Handle With Care ‘