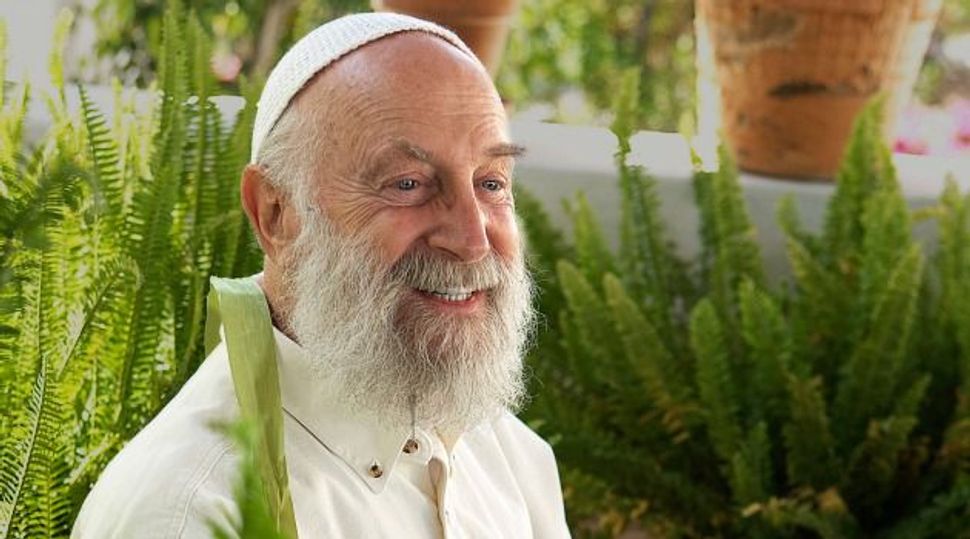 For nearly 20 years, Rabbi David Cooper has been among the pioneers of Jewish meditation. Through his bestselling books and popular retreats, Cooper and his wife Shoshana have helped to create the hybrid of Buddhist and Jewish meditation practices that is now commonplace at synagogues across the country. Love it or hate it, the “BuJu” phenomenon continues to grow, influencing clergy and laypeople, the religious and the secular, traditionalists and innovators.

But now the Coopers are scaling back. This winter’s retreat will be their last at the Isabella Freedman Jewish Retreat Center. There are no more books in the pipeline. And the Coopers are passing the baton to a new generation of teachers, which includes me.

Part of the reason for this quasi-retirement is simply that the Coopers are getting older, and it’s tiring to travel across the country and teach a hundred students at a retreat. But a primary motivation is Rabbi Cooper’s recent diagnosis of Lewy body disease, a degenerative form of Parkinson’s that can cause severe dementia. The diagnosis is a serious one, and, of course, bitterly ironic for someone who has spent his career teaching others how to develop and strengthen their minds. Yet for now, Cooper insists, “I’m really fine.” While the diagnosis is clear, the prognosis — how the disease will actually unfold — is not.

Perhaps even more remarkably, he is regarding the diagnosis as a gift. Cooper is positively upbeat about the lessons and transformations of the aging process — what rabbi and guru of the renewal movement Zalman Schachter-Shalomi calls “aging to sage-ing.” Cooper recently spoke via Skype with the Forward about the next steps in his life.

Jay Michaelson: So, first and foremost, how are you feeling — about the diagnosis, and about the decision to scale back on your teaching?

That is a remarkable perspective. Do you think your years of teaching meditation have prepared you for what may lie ahead?

Well, first, all of this is projection since I don’t have a definitive description of what this disease could lead to and how long it takes. But my whole life has been filled with activity and practice in such a way that I wouldn’t have been quite as clear and openhearted with regard to the diagnosis had I just led my former business guy’s life, running around working with candidates for Congress, for example. I feel very well-prepared as a result of all of the inner work that I’ve done to actually look forward to whatever the outcome is going to be with the diagnosis.

Obviously, your transitioning out of teaching also offers an opportunity to reflect. What’s changed in the 20 years since you began teaching Jewish meditation?

When we first started offering a seven-day silent retreat, the instant, knee-jerk response was, “It’s not Jewish.” Right off the bat: Being quiet like that, that’s not Jewish, that’s an Eastern thing that has nothing to do with our world here in the West. That, slowly, over time, has shifted.

How did you respond to that interest?

Well, people were spouting off wonderful teachings — but when we sat down to understand where a person was in their practice, there was often this gap between the beautiful descriptions of what life was all about, but without much actual experience coming through. The people who have stayed with us all of these years have gone deeper in their understanding on the practical level, and yet there’s still a long way to go.

One of the controversial aspects of your teaching has been the blend of multiple traditions within it. How do you respond to critics of that method?

Over the years, I have found it easier to be referencing East as well as West. There’s been more melding and merging together and more willingness for the different traditions to integrate with one another. Shoshana has become very strong in her understanding of the Theravadan Buddhist approach, and integrated it in such a way that it nurtures the Jewish approach. We don’t make as many distinctions as before — we’re looking for things that work. So we’re pulling on a lot of other forms of practice to nurture the Jewish world. And I found it works better when we put it all together, and don’t try so hard to make sure we’re quoting a rebbe instead of a rinpoche [a term for a Tibetan Buddhist teacher].

Where do you see all this headed? What’s the future for Jewish meditation?

We also have to be realistic. The people that I know who practice and practice eventually all realize somewhere down the line that wherever they thought it would take us, it didn’t. I used to go around the Western world and ask: Do you know anyone who’s enlightened? The answer was always zero. That’s very disconcerting. But if what we’re looking for is just a certain kind of tranquility, not trying to walk on water, then the practice really works beautifully. In my case, where I have benefited is being able to take a diagnosis that doesn’t sound too optimistic, and to see the benefits and possibilities that it opens up. And that’s not because of my personality, that’s because of the practice that I’ve done. There’s something there that allows me to see the world through different eyes.