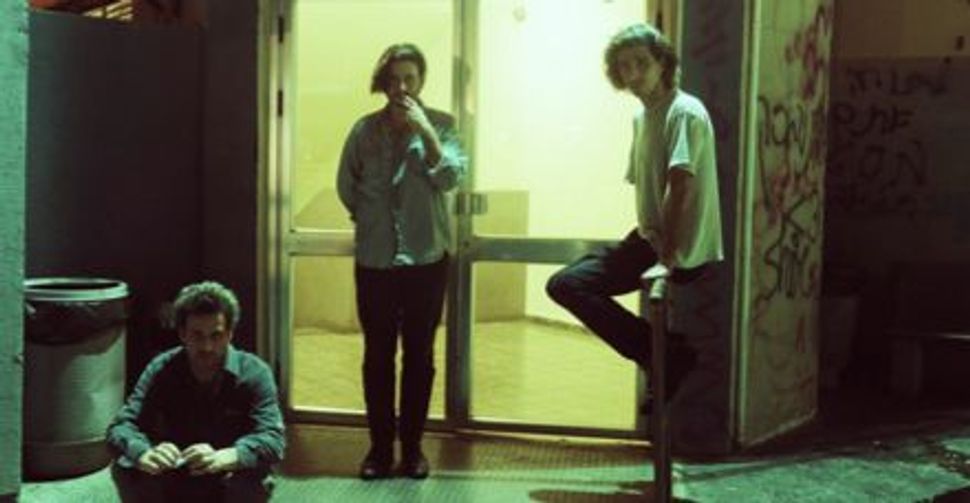 The fuzzy guitars, pulsating bass,and incomprehensible lyrics intrigued me. So I looked up the song that was streaming on KEXP, the Seattle indie-rock station I broadcast at home. The band’s name seemed Finnish or Icelandic, until I realized the words were actually phonetic Hebrew. 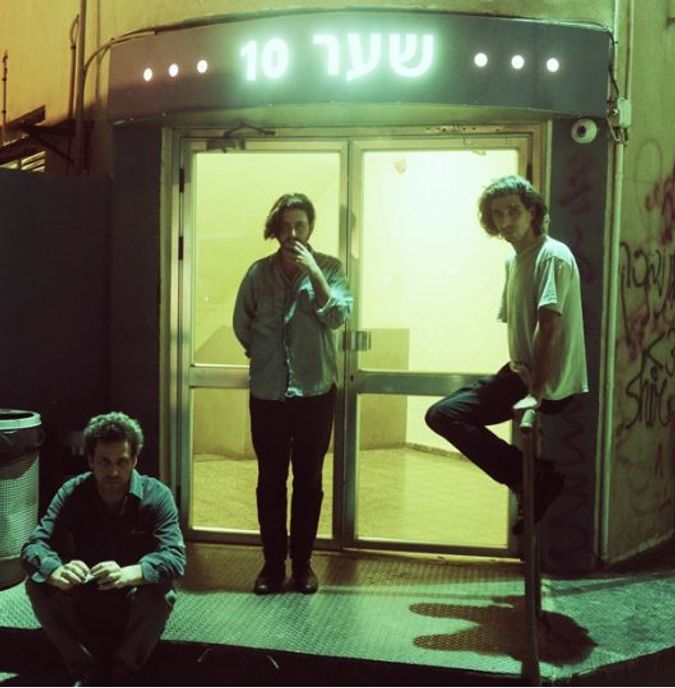 Vaadat Chirigim, it turns out, is that rarest of musical animals — an Israeli rock band poised to break big stateside. The Tel Aviv noise trio is having a huge year. Along with an album release on California-based Burger Records for “The World Is Well Lost” — a slightly awkward translation of [“Haolam Avad Mizman”] — Vaadat Chirigim have become darlings of trendspotting media like Spin, Paste, and Filter. KEXP, a hugely influential station, even made Haolam Avad Mizman’s title track its song of the day — a bullseye for a new band. The Forward caught up with guitarist and singer Yuval Haring from Tel Aviv.

Michael Kaminer: Your songs have Hebrew names. Is there anything inherently Jewish or Israeli about the music you write and play?

Yuval Haring: Our songs are completely in Hebrew, not just the names. We sing about the end of the world. The end of Tel Aviv bohemia. About apocalypse. About not being able to let go of the past. It is nostalgic. It is about hopelessness and at the same time it is about moving forward. It is about everything that Israeli youth today is concerned with (and I mean the youth that I’m surrounded by; not everyone, of course). The fact that there is no future in sight that isn’t controlled by fat pinkish rich politicians who are only concerned with old-school ethics and maintaining financial face.

In a story about you, one Israeli rock blog asked if Hebrew is the new Icelandic, meaning Israel might become the next big scene for emerging bands on a global scale. What do you think?

By “new Icelandic” I think he meant another emerging scene with bands singing in their native language with no regard to internationalizing themselves, other than by sound or vibe. In that sense I am all hope that Israel will be a new Iceland. I have witnessed more than a decade of Israeli bands singing in English with the best accent they could muster. Nothing wrong with that. But Vaadat Charigim was about checking out if that is even a necessity.

For commercial reasons, is it tempting to translate everything?

I think no matter the outcome of that experiment, every band going from Israel to the U.S. after us will be asking themselves that question — should we or should we not express ourselves in English. This question is a deep and important one, because automatically singing in English has to do with automatically accepting the superiority of the image of Western rock over any of its diversions. I don’t think that is a question, that prior to us, anyone in Israel doing something in the international arena, ever asked themselves. Not in contemporary music anyway.

What’s the Tel Aviv music scene like? Circuit-party DJs seem to be the biggest musical export.

It’s diverse, from Arab/Jewish rap groups, to underground noise. DJs make a lot of money, so yes, I guess it makes sense exporting them. I mean if we’re looking at music as a commodity, taking a noise rock project like ours outside of Israel makes for very little financial sense.

Did all of you have to complete army service before committing to the band?

Well. “Complete” is a big word. I sort of dragged myself through mine. I can’t speak for the other guys, but my “service,” if we are to call it that, was made up mostly of me trying not to get depressed about how my youth was wasting away washing dishes and cleaning floors and doing chores for people who faked sick. I was in bands all during that time. Not Vaadat Charigim of course, this was ages ago, but other bands.

It’s funny how in the U.S. you call it “joining” the Army. I was taken away from my Nirvana, Dinosaur JR and Sonic Youth, from my Dungeons and Dragons, from my painting, to the Army. I never “joined” it. I was never committed to it. I just wanted it to be over. That was my choice. Some people can see purpose in shitty situations. I am not one of those people.

Can you tell us about “Haolam Avad Mizman,” the first single that broke here? For readers who don’t speak Hebrew, what does the song cover?

It literally means “The World Is Well Lost.” It repeats a few very simple lines over and over, that are very Tel Avivian in nature :

Let’s lie on the beach
let’s lie on our stomachs
let’s go deep
and if we fall in love, its OK,
because the world is well lost

No future, no present. Only past. Only the image of nostalgia exists: the beach, love, falling deep in love, and then the realization, that it’s not amazing or eternal but merely “OK.”

How did living in Berlin influence your music? You’ve that mentioned you’d written part of “Haolam Avad Mizman” there.

Nothing in Berlin itself or its scene influenced me artistically. I was very influenced by the easy life I had back there. I had to work much less and could play music much more. I could actually make a living from touring, which was awesome for four years. But then I missed my family and my language, and the smell of my home in the rain. The ocean and the ugly buildings along the shore. Even the pain of reading about injustice every day in the daily news. I missed everything all together.

Getting your level of exposure in the U.S. seems huge, and it It seems like a big coup to have a couple of American labels involved. How difficult was that?

I work every day, and then at night, when it’s morning in New York, I do my other work, which is my band. I go to sleep somewhere at night. I have been doing this for 10 years now. The same with booking tours in the U.S. and Europe. I do everything myself. I think music is like carpentry, you need to know everything to do it well. 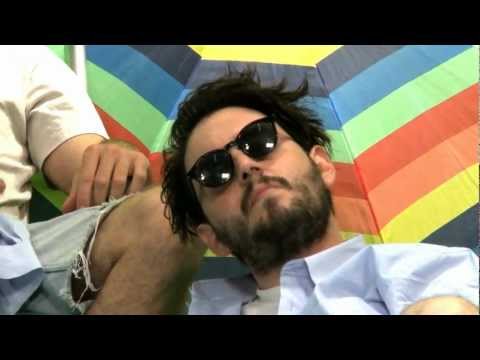