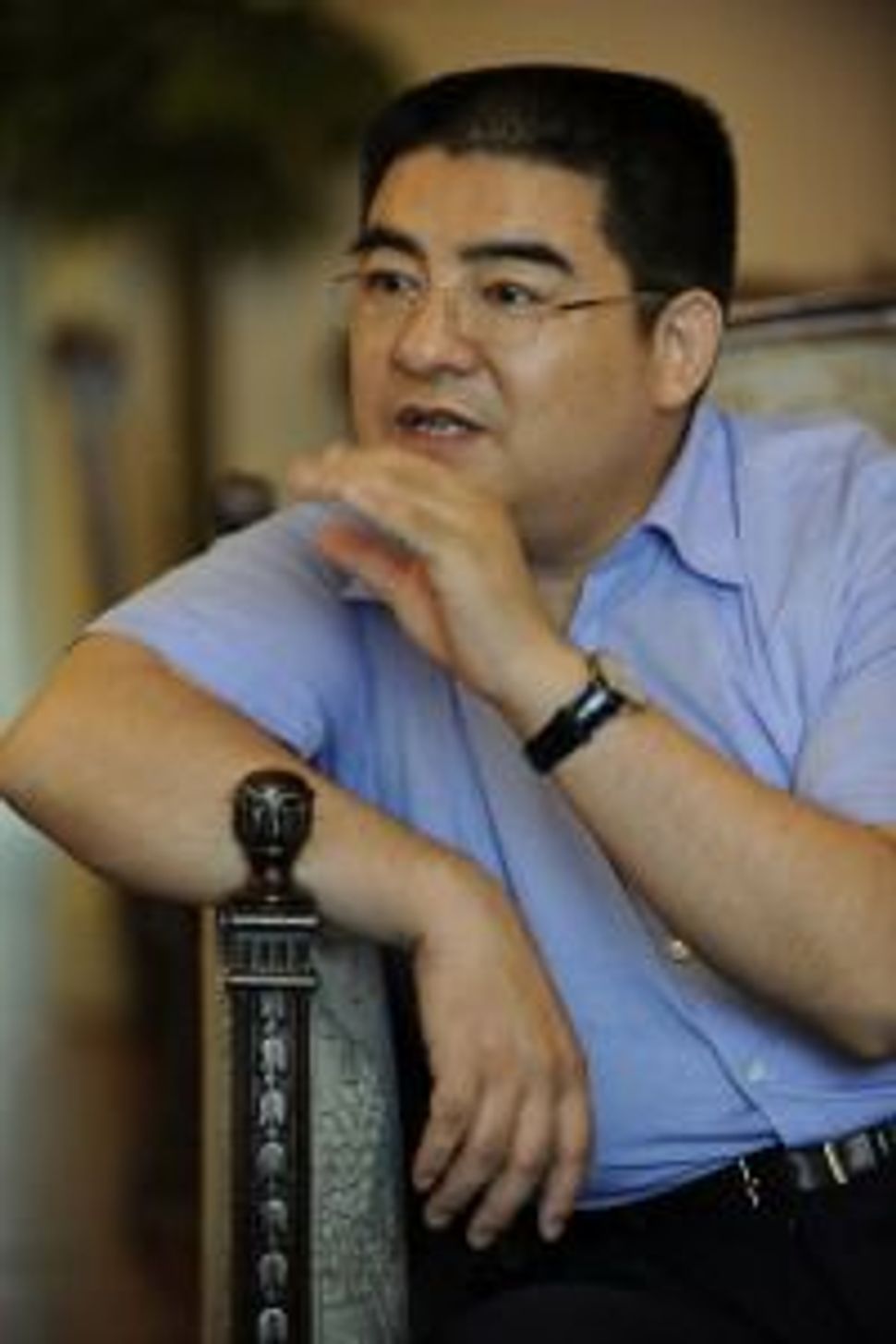 Double “oops” for Chinese recycling tycoon Chen Guangbiao: After an unsuccessful bid to buy The New York Times (not for sale), the business man gave an interview to a Chinese newspaper saying he has an “equally competent IQ and EQ” as Jews. He also added that he is “very good at working with Jews.” (Good to know)

As expected, the Anti-Defamation League was none too pleased.

“How sad and how deep and how ingrained are the offensive stereotypes about Jewish brains and success in business,” ADL National Director Abraham Foxman wrote in a statement. “These stereotypes, plus the false notion that Jews control the U.S. news media, infect even educated and successful people such as Chen Guangbiao.”

Apparently, Abe had long been under the assumption that China, unlike Europe, does not have stereotypes about Jews. “Unfortunately, it seems to be seeping more and more into the mainstream,” Foxman lamented.

Far more likely however, is that Guangbiao throught he was paying the tribe a compliment by striving for our level of intellect. But Foxman has an answer to that too:

“For decades, self-help gurus and widely available books have exhorted the Chinese to emulate the Jews in order to achieve financial success. For the most part, those perpetuating this call believe they are being complimentary about Jews and Jewish success, and have no idea that they are repeating deeply ingrained anti-Semitic stereotypes about Jewish brains and success in business. Given his prominent position, Chen has a responsibility to educate himself – and his countrymen – about the deeply prejudiced roots of these statements.”

Now that he won’t be running the Grey Lady, he should have lots of time to do just that.