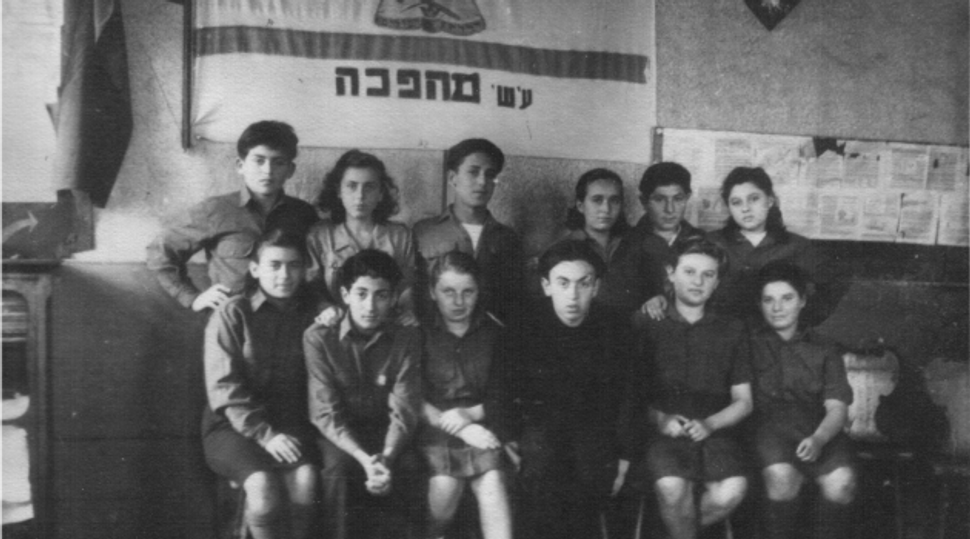 At the year-end meeting of NAHOS, the National Association of Jewish Holocaust Survivors, the subject was child survivors —from toddlers to teenagers — presented by Anna Andlauer, author of “The Rage to Live: The International D.P, Children’s Center Kloster Inderdorf 1945-46.”

An SRO event at Park East Synagogue, the spellbound audience listened as Andlauer — who recalled her parents’ “stories of prisoners working on their farm”— detailed the restorative work at the UN-established center at the Bavarian Convent of the Merciful Sisters in Bavaria, which sheltered young Holocaust survivors. There was an ironic gasp when Andlauer informed, “at the Kloster, Nazi flag material was transformed into clothing and bed linen.”

In a one-hour recitative, Andlauer revealed “The first year, 613 [!] were treated from more than 20 nationalities — ranging from toddlers to [age] 14. There was Walter who survived two years in an underground cave in Ukraine, there were children who had worked in German arms factories, non-Jewish slave laborers who had to be re-educated and taught Polish to be reunited with their families in Poland.”

Andlauer credited the work of Greta Fischer, a social worker on the UN team who had worked with the traumatized children and thanks to whose records Andlauer was able to track down more than fifty of these child survivors all over the world discovering heretofore “unknown photos and reports.”

“”Who are my parents? Why didn’t they care for me?’ was a frequent lament. “Children had to re-establish a sense of personal worth. All clothing of toddlers and infants [were] kept for I.D.s in case a parent would recognize a dress. Each child was allowed to decide with whom to share a room…Jewish children [were] full of hate for the Nazis. Gentile children survivors [were] anti-Semitic. Jewish children were not allowed to celebrate Christmas, but Purim 1946. Most missed five years of education.”

The audience, which included many survivors, listened somberly as Andlauder read from her notes: “All they wanted to do at the Kloster was talk, talk, talk…of suffering, separation…smaller brothers and sisters. There was little show of emotion. Some were so traumatized they could not even talk…Yet the rage to live blocked out problems.” She recalled “The first kibbutz group [were] Hungarian Habonim teenagers, who worked the farm to provide food.”

“ Teenagers took care of toddlers. Some teenagers refused to return to their countries, suffered nightmares [yet] felt they could weather any difficulty, go without food for days. Youngsters felt superior to adults who had not experienced their life….” At lecture’s end, Andlauer was besieged by survivors and listened patiently to each story—then left to catch a plane home that night.

In her note to me from Germany, Andlauer, wrote: “The book [which offers insights into the creation of a therapeutic milieu for displaced children in the American Zone in post-war Germany, “is the culmination of a decade’s worth of research [and travel]. “