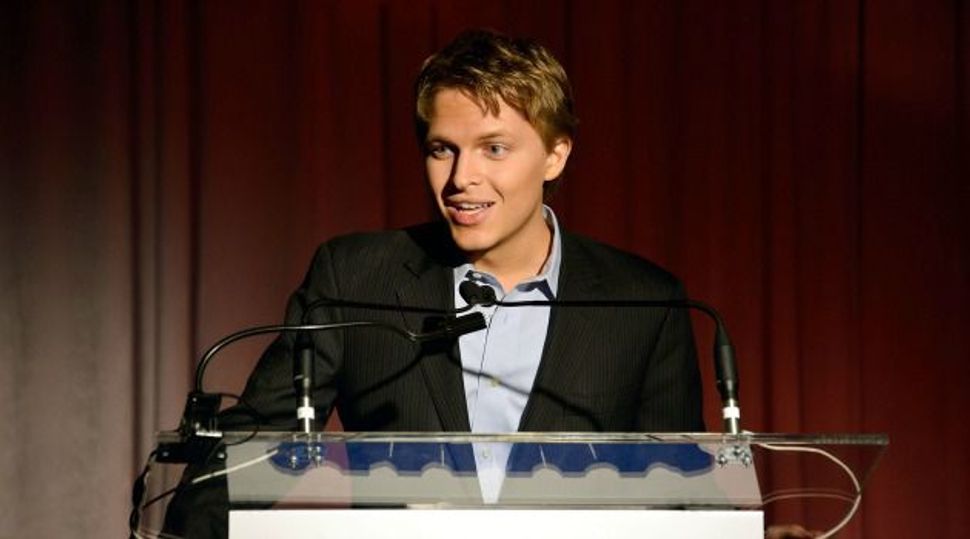 If you hadn’t yet noticed that Ronan Farrow isn’t a big fan of his dad, this tweet sent during last night’s Golden Globes will set you straight:

Missed the Woody Allen tribute – did they put the part where a woman publicly confirmed he molested her at age 7 before or after Annie Hall?

Whoah. No punches held there.

Farrow is referring to Allen’s adopted daughter, Dylan, who accused him of molesting her nearly 20 years ago.

In a recent Vanity Fair interview, Dylan, who now goes by another name, described the alleged abuse to special correspondant Maureen Orth. “I’m scared of him, his image.” she said. “I have never been asked to testify. If I could talk to the seven-year-old Dylan, I would tell her to be brave, to testify.”

Allen, 78, was honored with the Cecil B. DeMille Award at the Golden Globes on Sunday night. After live tweeting much of the event, Mia Farrow suddenly annouced that she was changing channel — right before the tribute to her estranged spouse:

Time to grab some icecream & switch over to #GIRLS