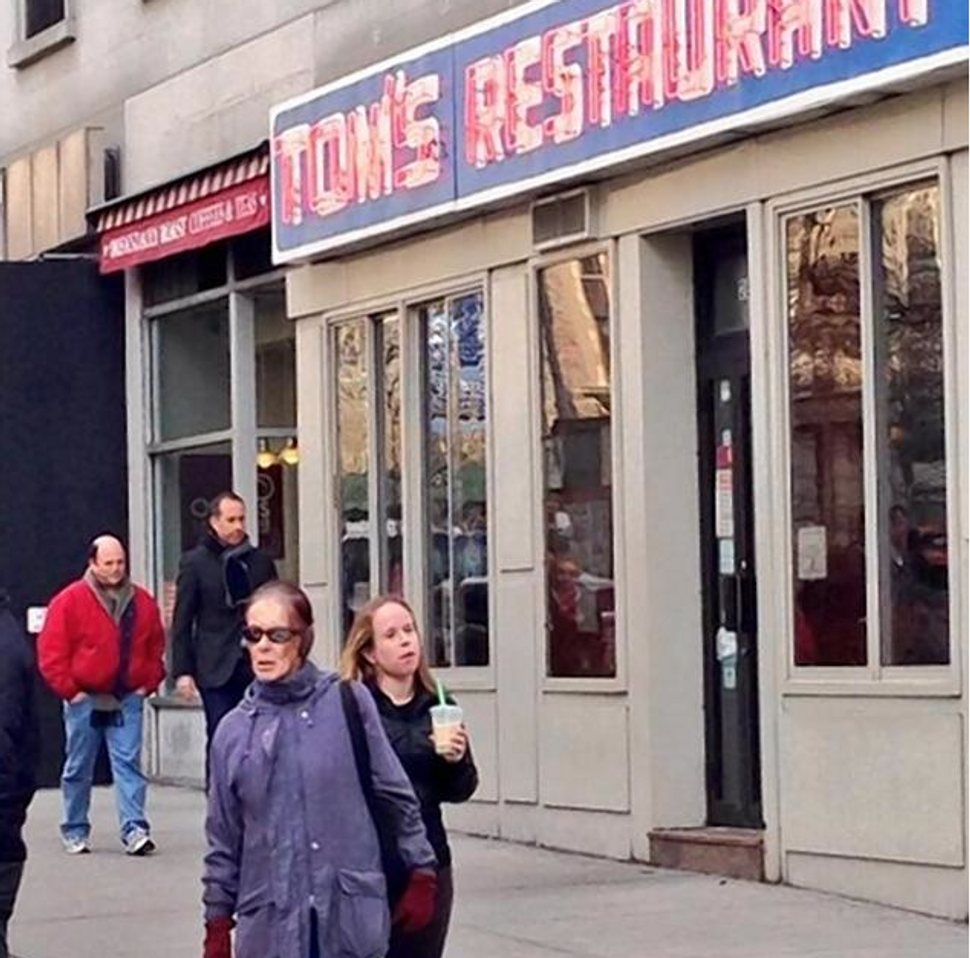 The Internet almost exploded last week when someone snapped a picture of Jerry Seinfeld and Jason Alexander walking into Tom’s Restaurant, the inspiration for “Seinfeld“‘s Monk’s diner.

As expected, the rumor mill started running at warp speed: Was it a promo stunt for “Comedians in Cars Getting Coffee”? Were just they craving a Big Salad? Is a “Seinfeld” reunion in the works?

Larry David’s sudden appearance and the presence of cameras, and snow cannons outside the iconic diner only made things more hectic.

Though the actors kept silent about the reason for the shoot, the New York Daily News reports that the production team hinted that the comedy trio was shooting a Super Bowl ad.

Could it be? Dare we dream?

In his recent Reddit AMA (Ask Me Anything) Seinfeld confirmed that he had been working on a “big, huge, gigantic” project with David.

The pair can be seen exiting the restaurant in footage caught by Gian Franco Morini, who directed “Tom’s Restaurant – A Documentary About Everything” According to Rolling Stone, when asked why they were at the diner, David replied, “It’s nothing, believe me.” Seinfeld simply said, “Top secret.”

Real or not, it was nice to catch a glimpse of George in what appears to be Gore Tex.