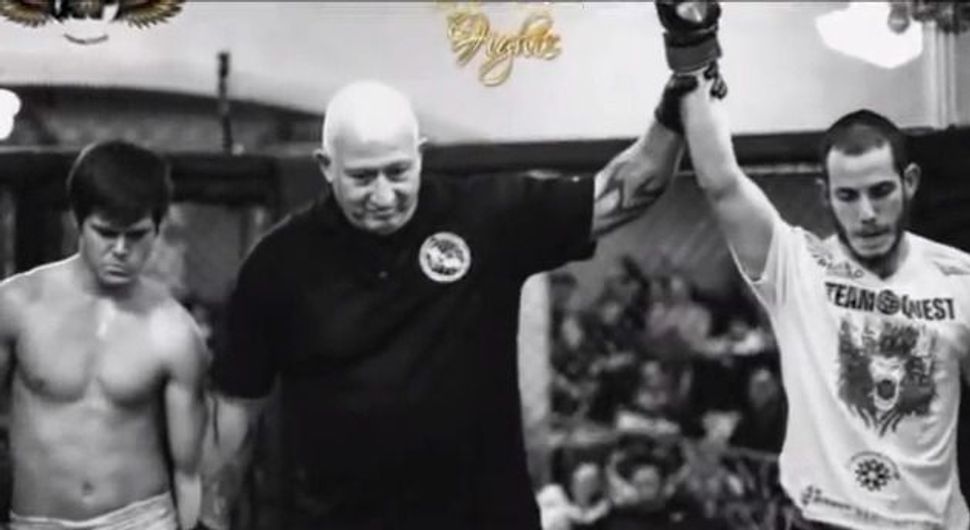 Rabbi Yossi Eilfort recently threw his first punch to the face — and knocked out his opponent.

The 22-year-old California based rabbi was competing in an amateur Mixed Martial Arts bout and won with a TKO in the second round, according to The Algemeiner.

Eilfort started training just six months ago under former UFC fighter Thierry Sokoudjou, with the goal of promoting self-defense and fitness in the Orthodox Jewish community.

“I never knew a Rabbi could fight!” Sokoudjou says in the clip below, shaking his head bemusedly. “I never thought a rabbi would be interested in fighting…I needed to give him a kill-pill—he’s too nice!”

“I believe if we’re not challenging ourselves, then we’re wasting time,” Eilfort told FoxNews after his surprise win.

The young rabbi reportedly trained almost every day, without abandoning his synagogue duties. And yes, he even trained on Friday mornings, but apparently missed out on the last couple of days of training — you know, because of Shabbat.

Eilfort said he had plans to become a police chaplain and giving self-defense lessons. “It was very uncomfortable hitting someone,” he said. “I actually held back, but I proved what I wanted.”

Thinking of skipping shul next week? Watch out.