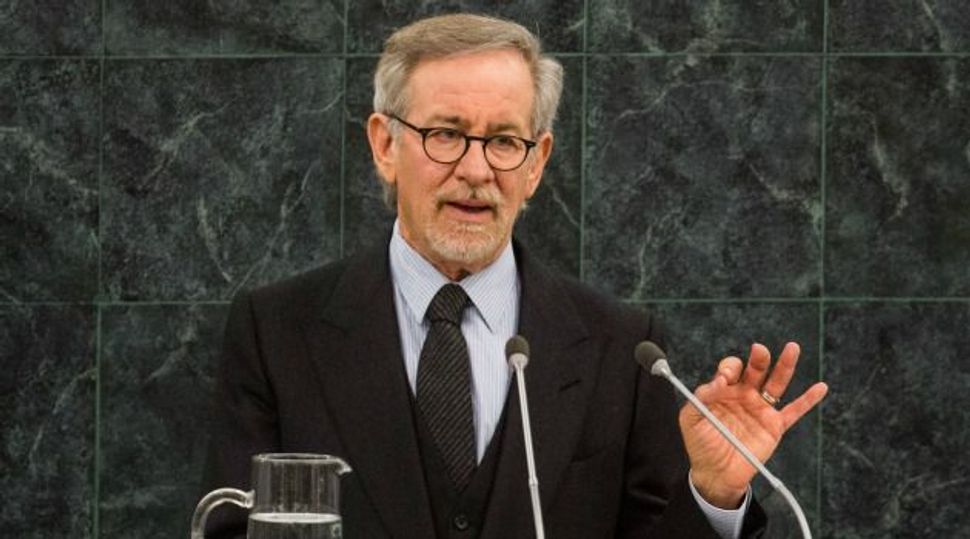 Steven Spielberg called on the world to act on the lessons of the Holocaust during a keynote address to a special UN General Assembly marking International Holocaust Remembrance Day.

Mass graves don’t have to open up before we act,” he said. “It is a great accomplishment of our species that the testimonies [of survivors] can be heard in the high chambers of society.”

“Genocide is an evil. But, the greatest evil is when people who have been spared the horrors commit themselves to despair,” Spielberg continued. “We know despair and remembering are a choice. But we need to confront and act on what we learned.”

“Schindler’s List,” Spielberg explained, was his way of giving Holocaust survivors a voice.

“It took me years of directing sharks, aliens, and dinosaurs before I felt ready to tackle the Holocaust,” the Oscar-winning director admitted.

Watch UN Secretary-General Ban Ki-Moon’s address in memory of the victims of the Holocaust below: