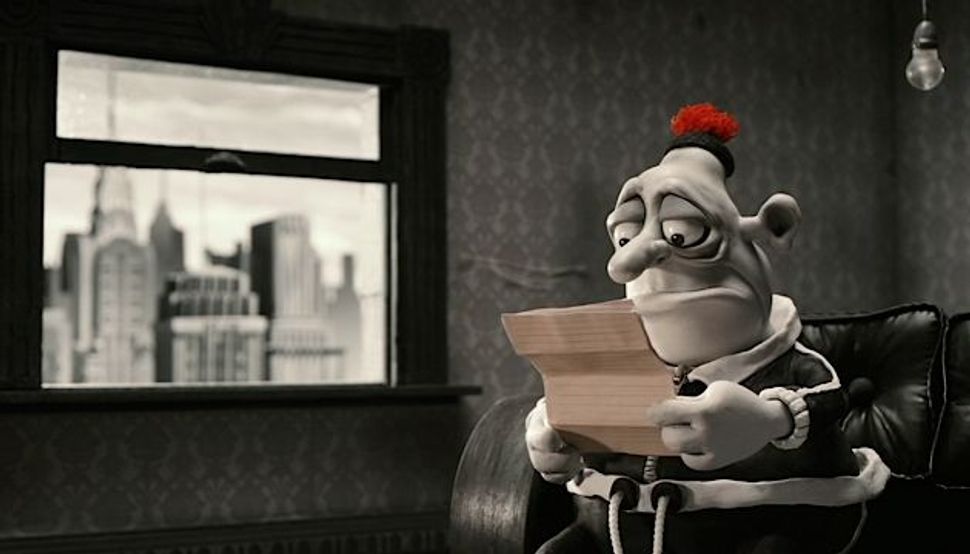 I’ve been reading the many pieces remembering actor Philip Seymour Hoffman, who was found dead at the age of 46 of an apparent drug overdose on Sunday morning. Everyone is praising him for his memorable performances in movies such as “Capote” (for which he won an Oscar in 2006), “Moneyball,” “Magnolia,” “Boogie Nights,” and “The Master.” Some writers are even pointing out that many of his best performances were in really bad movies, like “Patch Adams” and “Along Came Polly.”

But no one seems to be recalling his title role in the award-winning 2009 Australian clay animation film, “Mary & Max.” Hoffman voiced Max (full name: Max Jerry Horowitz), a lonely, obese middle-aged Jewish man with Asperger Syndrome living in 1970s New York. He was raised Orthodox, but is now an atheist. He continues to wear his yarmulke, but only because it keeps his brain warm. Max has a penchant for chocolate hotdogs (his own recipe), playing the lottery and the Noblets, characters in an animated television show.

Max becomes pen pals with a little girl in Australia named Mary, who has troubles of her own. She, too, loves the Noblets and chocolate. The film, expertly done in all respects, chronicles the ups and downs of Mary and Max’s relationship over the years, as Mary grows older and Max grows fatter. It’s a brutally honest film, and it makes me cry every time I watch it.

By chance, I happened to re-watch it for the first time in a long time just this past week. My youngest son, who is 12 years old, suddenly recalled something about the movie, so we decided to watch it together one evening.

When the credits rolled, I pointed out Hoffman’s name to my son, mentioning what an incredible actor he is (and now, sadly, was). My son asked whether Hoffman was an old Jewish man, and I said no. “Then, how could he know exactly how to make Max sound so much like Max?” my son wanted to know.

That was Hoffman’s genius and gift. He could fully become Max, just as he could completely embody every other character he played in his far-too-short career.

Max, although he was made of clay, was like most of the other characters Hoffman played on screen. “Sad specimens” is what A.O. Scott called them today in the New York Times.

“The point was to make us believe them and to recognize in them — in him — a truth about ourselves that we might otherwise have preferred to avoid. He had a rare ability to illuminate the varieties of human ugliness. No one ever did it so beautifully.”