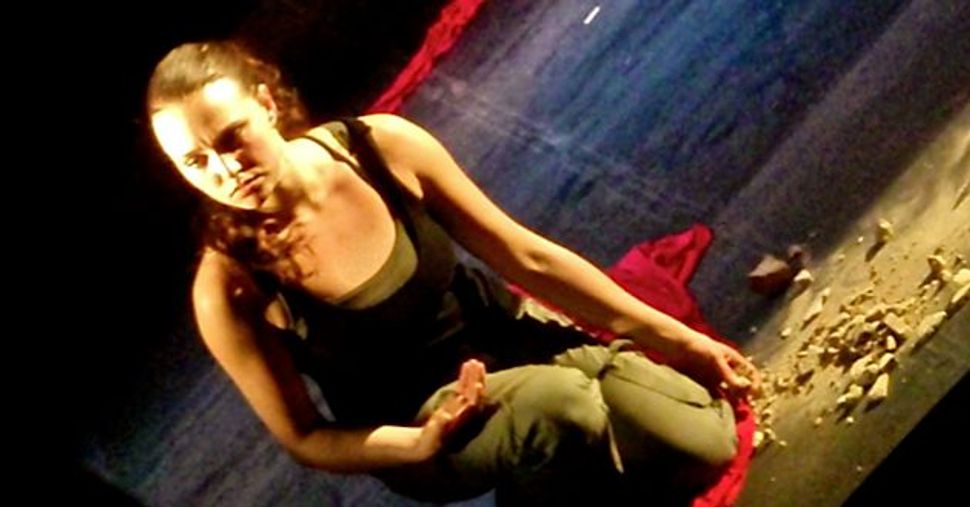 For 20-plus years, the Los Angeles Women’s Theatre Festival has been one of L.A.’s top theater events, highlighting multi-cultural female performers for the live stage. This year, LAWTF — which begins properly on March 27 — is being preceded over three February weekends at the Fremont Centre Theatre by “From the Best of the Fest,” a selection of the finest performances by solo performing women artists who have previously presented their work during the Festival’s 20-year span. It is serendipitous that on February 6 the very first piece to kick off this “Best of the Fest” happens to be my favorite act I’ve ever encountered at LAWTF: Sariyah Idan’s breathtaking “Homeless in Homeland.”

In this riveting one-woman show, the protean Idan (formerly known as Saria Idana) morphs into about 17 Jewish, Palestinian, male and female characters, ranging from childhood to old age, as she explores the complexities of the Arab-Israeli conflict. What’s a progressive young Jew to do when the oppressed appear to have become the oppressor? To find out Idan, made a pilgrimage to the Holy Land, including to a refugee camp and other sites in the West Bank. Unlike Dorothy, she may not have gone over the rainbow, but the dancer and actress encountered a divided realm every bit as strange as Oz.

Idan boldly, but never recklessly, confronts these simmering issues with sensitivity, intelligence and an over-abundance of talent in this solo show. Her 2011 LAWTF performance was a heavily edited 30-minute version, which has now been expanded to its full-length of about 80 minutes. Idan’s one-woman play, which she wrote, as well as performs, is now even more compelling and absorbing than when I first saw it. In its current iteration Idan’s gyrations and choreography enhance the action, revealing this beautiful young woman to be a gifted dancer who effortlessly moves with great strength and agility as she transitions from one dramatis personae to another with aplomb.

One of the multiple roles Idan incarnates during her performance is that of her grandmother, who refers to her granddaughter with the diminutive “Sa.” This seems appropriate, as in the Samoan language “Sa” means sacred, and some may regard this theatrical experience to be a sort of religious experience.

“Homeless in Homeland” is a dramatic tour-de-force that’s not to be missed by anyone who enjoys good plays, and especially by those grappling with a way to get out of the dead end conflict that has locked Israelis and Palestinians, Jews and Arabs, against each other. As I once heard an Arab activist say: “The Palestinians and Jews are cousins. Strange cousins — but cousins, nevertheless.” It might just be that talents like Idana will help lead those two tribes, who have been wandering for more than 40 years in a deadly desert, to that somewhere over the rainbow. Someday, our peoples may have a homecoming in a promised land of peace.