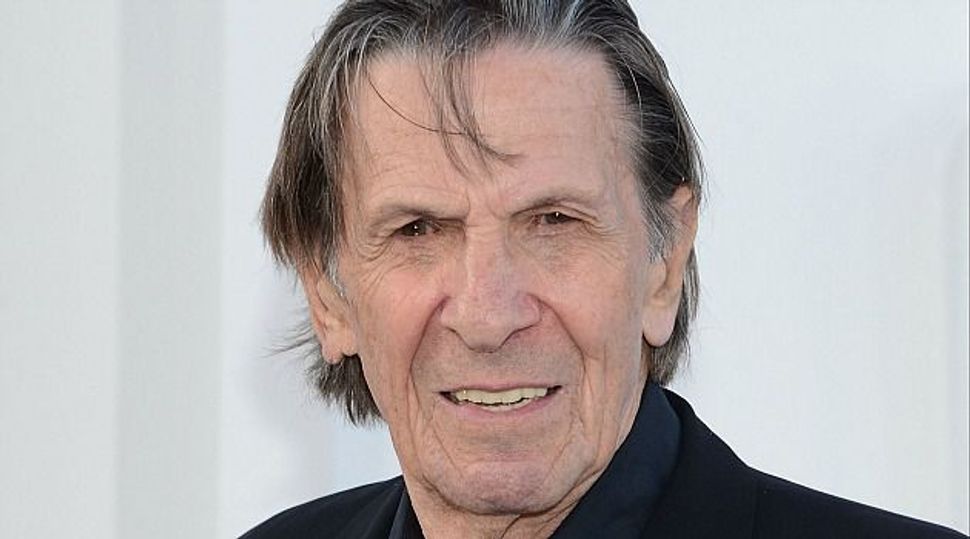 Veteran actor Leonard Nimoy, best known as Spock in the 1960s television series “Star Trek” and a string of feature films that followed, said he was “doing OK” after being diagnosed with lung disease and urged fans on Thursday to quit smoking, by tweeting this message to his 810,000 followers:

In Nimoy’s case, the actor said, he was diagnosed despite having quit smoking 30 years ago.

The 82-year-old actor added he was “doing OK. Just can’t walk distances,” and he signed off with “LLAP,” an abbreviation of his character’s trademark phrase, “live long and prosper.”

Nimoy first revealed in a Twitter message posted last week that he has chronic obstructive pulmonary disease, or COPD, a severe lung ailment that the U.S. surgeon general has concluded is linked to smoking.

Representatives for the actor did not immediately respond to Reuters’ request for further comment.

Nimoy, a native of Boston, has become synonymous with his role as Spock, the fictional half-human, half-Vulcan first officer and later commander of the starship Enterprise, in the television and film versions of “Star Trek.”

He most recently appeared in J.J. Abrams’ “Star Trek Into Darkness” last year, and is a celebrated figure among the franchise’s loyal and avid fan base.