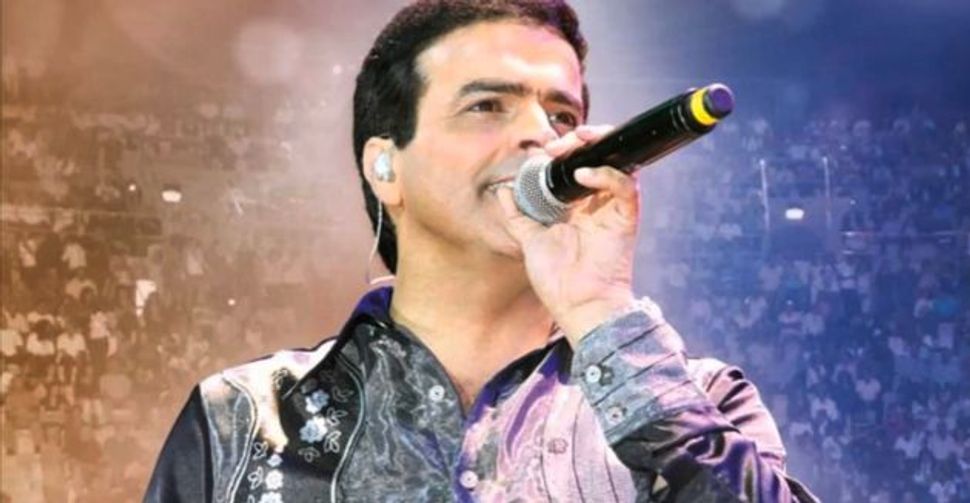 (Reuters) — An Israeli singer has become an unlikely star in Yemen, an Arab country where his hit songs blare from cafes and taxis.

Zion Golan’s parents were born in Yemen, but like other Israelis, he is banned from traveling to the conservative Muslim nation, which has no diplomatic ties with the Jewish state.

Known in Yemen as Ziyan Joulan, his songs — whose Arabic lyrics are written by his mother-in-law — are distributed on bootleg CDs and downloaded from the Internet.

“Yemeni music is in my heart and in my soul,” Golan told Reuters.

“My big dream is to go to Yemen. My parents told me many stories about Yemen, about Sanaa, about Aden, all about Yemen, so I felt it was right to write, to perform songs in a Yemeni style, which I feel is part of me.”

In Sanaa, Waddah Othman, a doctor, grinned as he displayed an array of Golan’s songs on his mobile phone.

“I adore this singer,” he said.

Abdullah al-Haj, who owns a video and music shop in Sanaa, said music of Yemeni Jewish singers was in high demand by local youngsters, who increasingly are getting music off the Internet.

Golan said he receives no royalties for his music in Yemen, where the late Israeli singer Ofra Haza, who was also of Yemeni Jewish descent, was once popular.

“Ziyan Joulan is the greatest Yemeni singer,” said Sanaa resident Ali al-Kinei, 43. “Jewish singers have kept the Yemeni musical traditions and developed them by introducing modern instruments … I follow his songs on YouTube.”

Between 1949 and 1959, most of Yemen’s 50,000 Jews were flown to the newly founded Israel in a secret operation dubbed “Magic Carpet”. Today, fewer than 200 still live in the Arabian peninsula state.

Golan, who learned Yemeni Arabic as a boy, is one of about 140,000 of Israelis descended fromYemen’s ancient Jewish community, and he said that he was pleased his popularity there provided a bridge between two peoples.

“I enjoy that they are enjoying my songs, it makes me feel good,” he said. “I wish there will be peace and then we could connect, that would be the best dream for all of Israel.