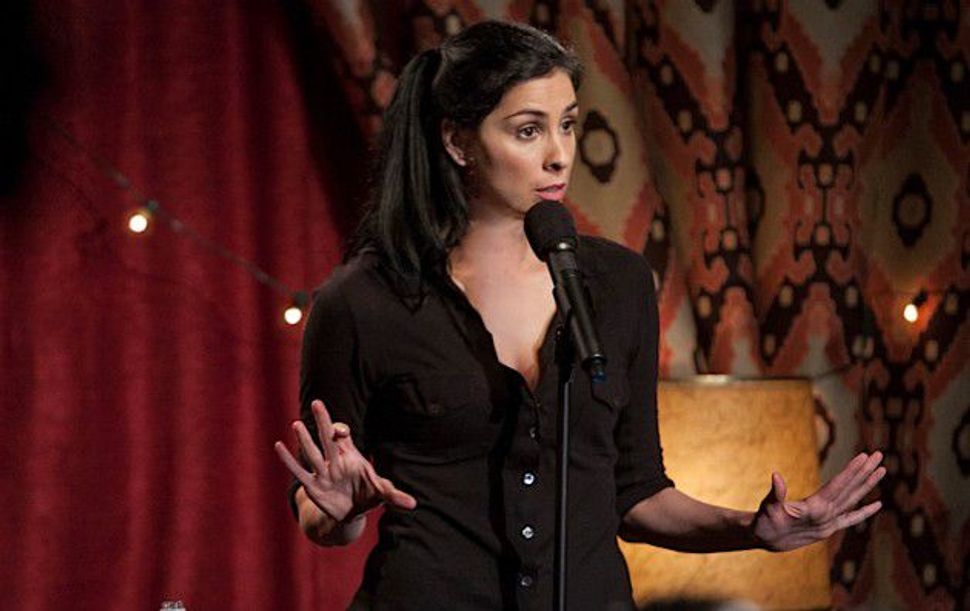 Jewish single men, read it and weep: Sarah Silverman is off the market.

Jesus must have given Sarah a good pep talk during their recent hangout sesh (he appeared in Sarah’s kitchen to give her the truth about women’s reproductive rights — and stayed for a CSI marathon); Us Weekly reports that the Jewish comedian is dating actor Michael Sheen.

“They were making out at Soho House,” an eyewitness told Us. “They were all over each other for a lot of the night.”

Guess that’s what happens when you go to a birthday party celebrating the star of “Masters of Sex.” (Sheen plays Dr. William Masters.)

Silverman’s five-year relationship with Jimmy Kimmel ended in 2009. Sheen has been linked to VH1 “Morning Buzz” host Carrie Keagan and “Midnight in Paris” co-star Rachel McAdams since his split with Kate Beckinsale in 2003. The two were married for 8 years and have a 14-year-old daughter, Lily.

Per a very credible “insider”: “Sarah and Michael came and left together. She drove,” an insider tells Us. “When they left, Sarah opened her trunk so Michael could put all of his gifts in and then they drove away.”

Now, for the real question: If they get married, will he pull a Benjamin Millepied and join the tribe? Fingers crossed.