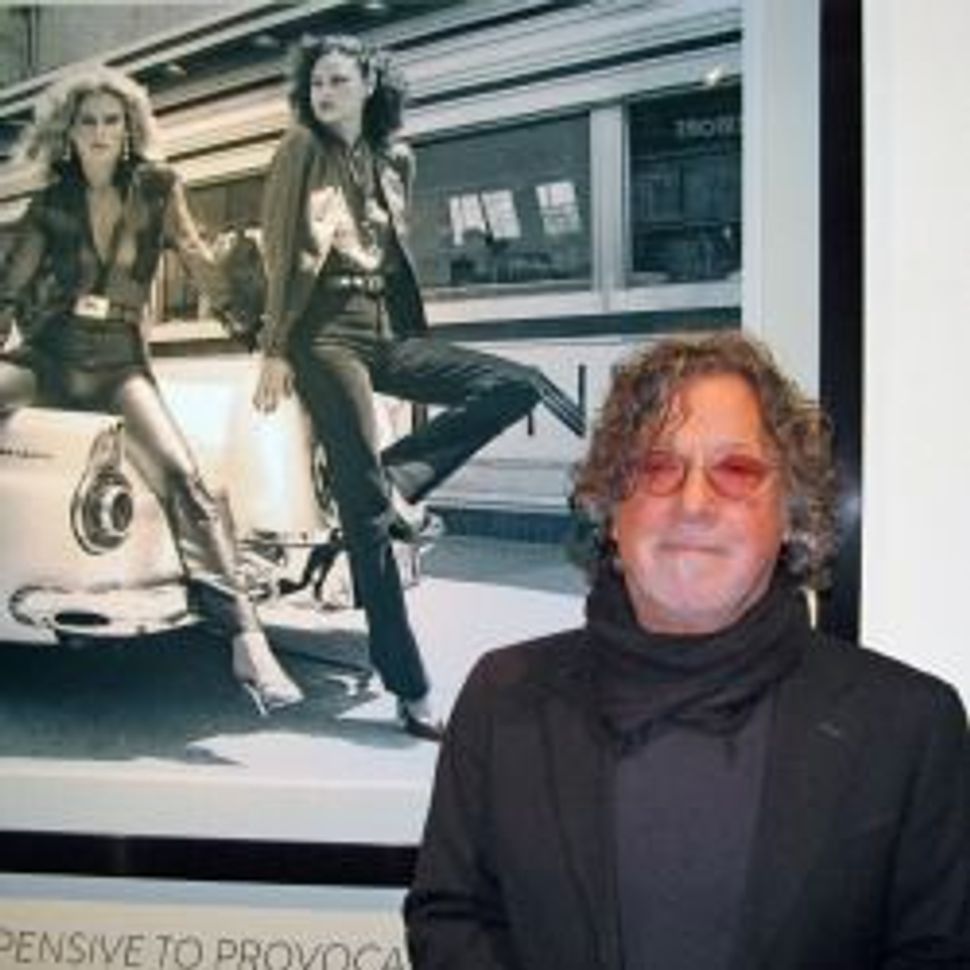 Opening night of internationally renowned photographer Robert Farber’s solo exhibition “Farberesque: From Pensive to Provocative” by 3 West Project 57 Cavalier Gallery (next door to Bergdorf-Goodman) was an uber trendy New York happening. Adding sizzle to the 400-strong crowd were — what I call “tree tall” those extraordinarily leggy stunners who mingled with the international crowd of collectors, prominent figures in art, fashion, finance and beauty. Lots of hugging and kissing, with Farber admirers anxious to be photographed with the artist who seemed to be having the time of his life.

The wine flowed and the chatter din was several decibels above deafening. Among the cadre of major collectors was Monarch Wealth Management’s Barry Klarberg, a member of the Super Bowl Host Committee who, I was told, stopped by between NFL activities to admire Farber’s famous nudes, fashion montages and images of New York City. Among a cadre of young collectors: Sara Leibovitz, Chantel and Marcel Goodman, Bill Goodman and Maria Anna Goess.

The first time I met Farber about a year ago at an earlier exhibit at his atelier, he told me “I came to photography through painting…. My first show was in [New York’s] Washington Square where a woman came up to me and asked ‘Are these paintings or photographs?’ When I replied ‘photographs,’ she told me to leave!” The highlight of his success, he said was when Mrs. Jacqueline Kennedy Onassis saw his work. “I showed photographs, a lot of my Riviera work, and she said ‘Let’s take pictures all over and do a book, ‘By the Sea.’” After its publication, Farber said, “she sent me a handwritten note, ‘Dear Robert’ followed by a typed letter thanking me for the book. It was signed ‘Best, J’ and was dated February 29, 1984. It was Leap Year and my birthday!” Farber added: “That book was in her estate auction and was bought for $48,000!”

Farber and gallery owner Ron Cavalier appropriated a portion of the sales from the entire run of the exhibit (through February 26) to go to the National Meningitis Association, his favorite charity. The evening’s guest hosts included NMA president Lynn Bozof and NMA Gala chairs Klarberg, Sara Herbert Galloway, Errol Rappaport and Gary Springer.