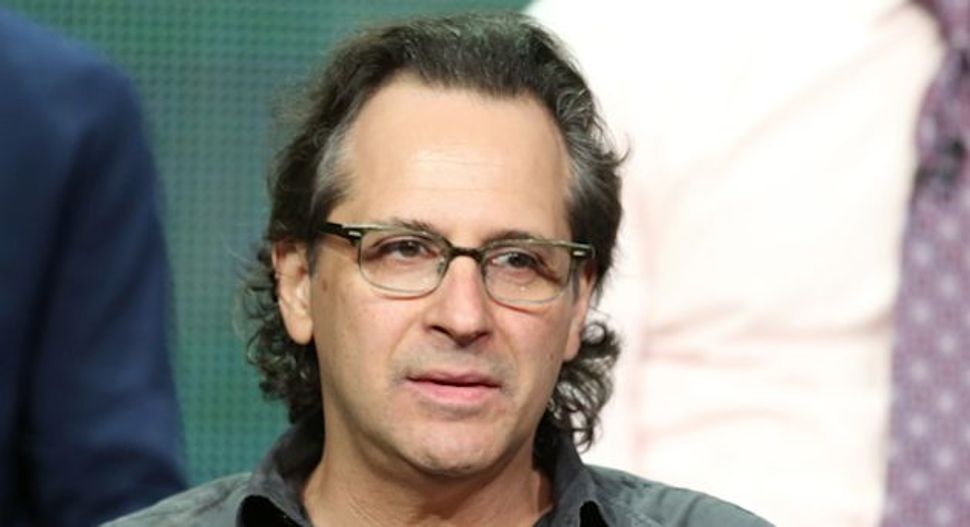 Writer and showrunner Jason Katims is best known for his rich and realistic characters, and for a long list of television credits including “My So-Called Life,” “Boston Public,” and “Friday Night Lights,” which earned him a Primetime Emmy Award. On February 22 he premieres a new TV series on NBC called “About a Boy” and on February 27 his long running hit show “Parenthood” returns for a new season. And Katims also just finished a stint as keynote speaker at the Dad 2.0 Summit in New Orleans. The Arty Semite caught up with the assiduous Katims for an exclusive interview.

Dorri Olds: What is your new show about?

Jason Katims: “About a Boy” is based on the book and the movie. It’s about this guy Will [David Walton] who’s in his early thirties but hasn’t grown up. He’s a womanizer, plays video games, and loves his single life. Then Will meets this quirky kid, Marcus, a 12-year-old boy who looks up to Will like a father, like a god, like an everything.

What is Minnie Driver’s role?

Max’s single mom Fiona, who is kind of a hippie but also overprotective and controlling. We’re almost halfway done shooting the first season. It’s been fun already because during the pilot episode, where the three first meet, the adults are both loggerheads. As Marcus [Benjamin Stockham] works his way into Will’s life, the adults develop a sort of mutual respect. It’s incredibly charming.

What is the key to creating so many shows that have a cult-like following?

I’m in a cult myself.

No, I’m kidding. I like to think it’s because you connect to the characters. Many times, viewers have come to me and said the characters are part of their lives, like family.

How did you get involved with the Dad 2.0 Summit?

I was invited by Dove Men+Care to talk about positive and realistic portrayals of fathers on TV and the changing landscape of what being a dad looks like. Men’s roles are being redefined from where we were a generation ago.

What’s the most difficult part of being a dad?

You have a picture of what parenting is going to be like and then you realize that the picture you had is not reality. You’re thrown curveballs all the time. In our case, our curveball was dealing with a child with special needs. My son has Asperger’s, like Max Burkholder [Max Braverman] in “Parenthood.” You don’t think about something like that before you have a kid. It was so unexpected and very challenging. My wife and I had to work hard to forge a connection with our son. At first you think you’re dealing with the hardest thing but then find out that others are dealing with something else. Everybody is thrown curveballs.

One audience member at Dad 2.0 tweeted a quote from you: “Write what you’re scared about.” Can you explain?

I was talking about making decisions on what to include in the “Parenthood” storyline. I had a lot of hesitation about taking on the difficult issues of Asperger’s and breast cancer. I didn’t know whether the autism storyline was going to be too specialized for a broadcast show. I thought people might not be able to relate to it, but the opposite happened. People were drawn into that storyline right at the beginning when the show launched. Taking a chance on stories like that has resulted in a very powerful thing. I am able to tap in and write with a lot of passion on issues that are very meaningful to me. Things I deal with on a day-to-day basis. What I’ve learned from that is that it’s good to take chances as a writer. Not just go with what you know.

Many writers experience periods of depression. Have you?

You get bummed, absolutely. One show I was working on got cancelled. After the show I got very sick. I couldn’t get out of bed for days and didn’t get better so I went to the doctor. He examined me but said, “There is nothing wrong with you.” He said, “Sometimes after finishing a big project, people can get overwhelmed or depressed.” He asked if anything like that had happened to me. I knew I was really sick and it wasn’t just psychological. I thought what the doctor said was ridiculous. But, when I got into my car, suddenly a veil lifted and I felt totally fine. That’s when I realized I was physically and mentally exhausted and mourning the loss of that show.

Writers often experience rejection but it seems like you don’t. Have you ever?

I started as a playwright in New York and struggled for years before I came to work for television. That was a seven-year course in rejection. I’ve had a lucky run but getting on the air and staying on is against the odds no matter who you are. Ask any TV writer and they’ll tell you that. That’s part of the drill and you have to accept that not everything works the way you want it to or the way you planned.