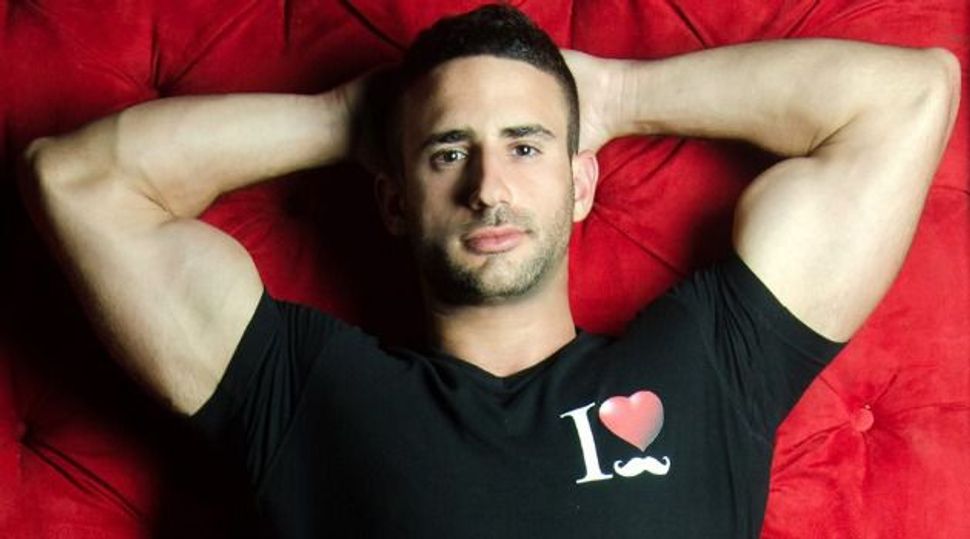 Israeli model and entrepreneur/party wizard Eliad Cohen has made it, once again, to OUT magazine’s “Top 10 Eligible Bachelors” list.

2013 was Cohen’s most successful year as a party promoter. Through his startup business, Gayville — a (sort-of) gay interpretation of Airbnb.com — his “Papa” parties, which started in Tel Aviv, have taken off and Cohen has been travelling to New York, Paris and Sydney to make thousands of party people happy. In the next few weeks Eliad will also be traveling with his party to London, Rio and Singapore.

“The international success of the Papa Parties has a lot to do with the high-energy vibe that translates from music to show to theme to crowd interaction,” Cohen explained to the Australian magazine Star Observer this week. ” There is very much an interactive quality to the parties .No party is good without great music, so that’s always our number one concern.”

This isn’t the first time that Eliad Cohen has made OUT’s list: last year, the magazine’s readers ranked Cohen at #2, right after ‘Glee’ star Chris Colfer. The 2014 list was voted on by the magazine readers out of 100 potential gay bachelors.

Cohen is also far from the only Jewish guy to have made the list. American Idol alumnus Adam Lambert topped this year’s list, grabbing almost 22% of the votes. Actor Wentworth Miller (who came out as gay last year) was ranked at #9.