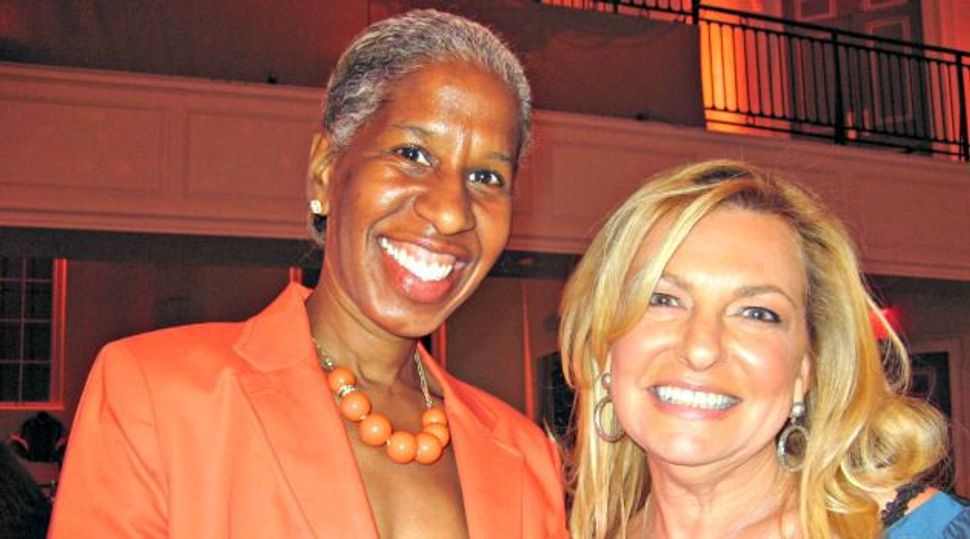 Honored with the Good Heart Award at the 15th Annual “Power of Your Heart” Valentine Salon Luncheon, which benefits Westhampton’s East End Hospice’s Camp Good Grief, was Life Camp founder Erica Ford, recognized by President Obama, who appointed her to the President’s Task Force on gun violence in the wake of the Sandy Hook Massacre.

Addressing the 204 elegant women at 583 Park Avenue who braved a cold Manhattan day Ford said: “A Lot of people don’t have the tools that some of us have. They become victims of the tragedy by taking their lives, getting addicted to drugs, causing pain and anger to someone else. So Camp Good Grief is valuable to our future. Some of the parents could not make it because they were scared of the challenge to change. But when you are stuck on your fear and pain—you don’t see tomorrow…. We have the ability to let people see they can live past their pain…we can live past our tragedies.”

“I love what I do at ‘Hamptons Magazine,’” said its publisher, Valentine Salon honoree Debra Halpert. Accepting the award from event co-founder Jacalyn Weinstein. Halpert stated: “Nelson Mandela said ‘You should do things with passion and compassion.’ My for-profit life supports my non-profit life.” Echoeing EEH Board Member Ellen Lowey’s observations, she amplified: “This is a world-renowned bereavement program” and described the children served by the camp as “silent mourners“ who can share their grief “in a safe and comforting environment.” This year’s group of 150 campers encompassed 79 who experienced the death of a mother or father and included women who lost children to street violence.

Priscilla Ruffin, president and CEO of East End Hospice stressed: “They’re sad. They’re mad. They are scared and they come away [from camp] with the ability to self-soothe during troubled times, a greater understanding of who you are and a catalyst for change… I listen to parents talk about what we mean to them.” A wrenching example was a father, left with three little children — his wife died in childbirth. “Each night I give my children one kiss on one cheek for me and the other for their mom.” He left the camp empowered. His story left some in the room teary-eyed.