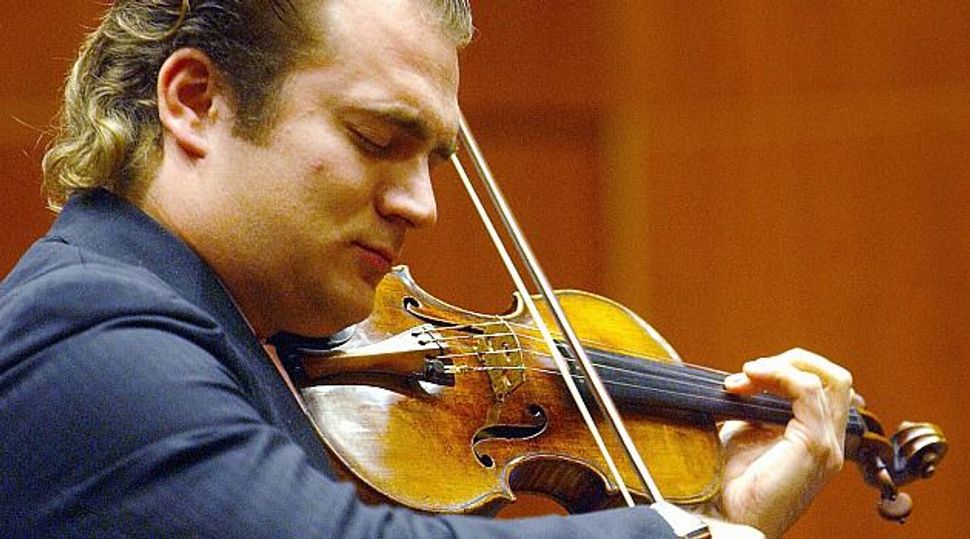 (JTA) — With all the recent news in Germany about the search for heirs to art taken during the Nazi era, a recent announcement about a 300-year-old violin caught my eye.

A Nuremberg-based foundation for music students was hoping to find descendants of Felix Hildesheimer of Speyer — a musical instrument dealer who bought the violin in 1938 and took his own life the following year, when he was unable to follow his wife and daughters to safety abroad.

At present, the violin — made in 1706 by Italian master craftsman Giuseppe Guarneri — belongs to the Franz Hofmann and Sophie Hagemann Foundation, having been purchased in 1974 by the late Nuremberg virtuoso Sophie Hagemann.

But to find potential heirs, it turns out it helps to look for them. Which I did. Within three days of my first inquiry, I managed to reach the grandson of Hildesheimer in the United States and put him in touch with the foundation. There was delight and gratitude all around.

I wondered why the foundation failed to find the relatives themselves. It was almost embarrassingly easy. All it took was a little Internet research and a few emails.

Foundation board member Fabian Kern told me that it was obviously easier for an American and a journalist to figure things out.

The foundation and family are now planning to discuss what should be done with the instrument.

Kern said the foundation would like to restore it and turn it into a “Violin of Reconciliation,” to be used by students at the Nuremberg Conservatory with the caveat that they learn the story of the Hildesheimer family.

It’s always possible that descendants of other past owners could come forward. But for now, Kern told me he’s pleased to have found descendants of Hildesheimer.

Fixed up, this instrument could be worth nearly $1 million. But at present, it’s a shadow of its former self. A journalist who saw the instrument recently told me it has a golden, warm tone that could be magnificent if the violin is properly restored. Amazingly, Hildesheimer’s daughter, Martha, celebrated her 100th birthday last November. And she is doing extremely well in her D.C.-area independent living community, her son, Sidney Strauss, told me.

I had tracked them down through a 2012 article about Martha on the website of her senior community. A link to the article was included in the original notice on Germany’s lost art website (now replaced by a new notice announcing that the foundation has been in touch with Hildesheimer’s descendants). The foundation said its efforts to get in touch through a third party failed.

In a curious twist, Strauss told me his mother had received a query last year from a Berlin-based provenance researcher claiming to have found out about the violin while researching lost instruments and offering to help recover the instrument in return for a fee.

The same researcher had offered to help the foundation find the heirs, for a fee, Kern told me.

Finding the family took me less than three days. And the reward is pure and simple — the kick out of doing a good deed, even if it was handed to me on a platter.

But the case of this Guarneri violin certainly does leave me wondering about why it sometimes takes longer than it should to resolve such cases. Every story has its own twists. In this case, it seems all the information was out there for at least a year. Yet no one brought the parties together. That has now been remedied.