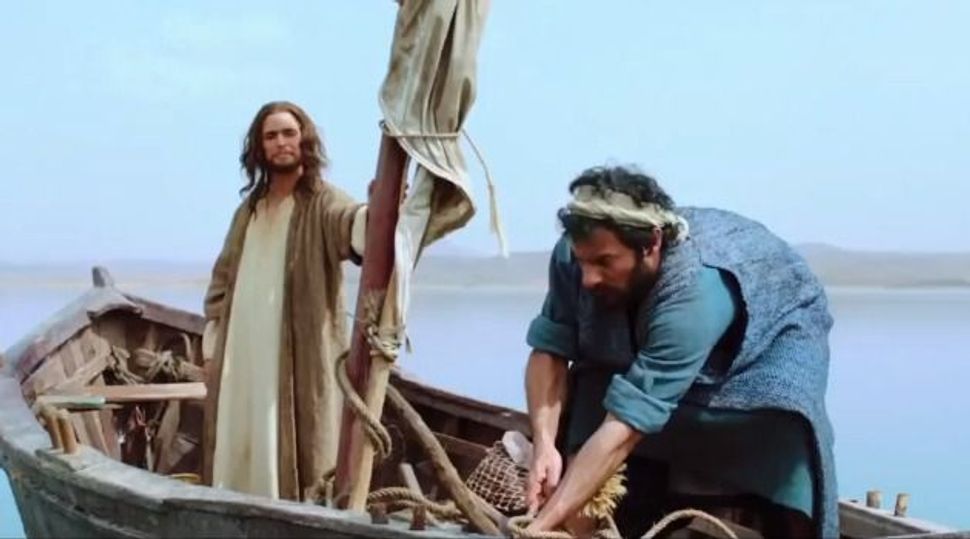 “Son of God” is the latest in a series of New Testament movies inspired by the life and death of Jesus Christ. But for once, Jewish leaders are positive about the film’s portrayal of Jews.

Abraham Foxman, national director of the Anti-Defamation League told the Wrap that he hopes “Son of God” will be “the antidote to the poison that ‘Passion of the Christ’ became.”

“It’s almost a disservice to ‘Son of God’ to compare the two,” he said.

It’s been ten years (can you believe it?) since Mel Gibson’s Jesus epic opened in theaters. The movie was, and has since been criticized by Foxman and others for its negative and stereotypical portrayal of Jews. “Son of God,” on the other hand, is a big-screen-adapted version of the popular History channel miniseries “The Bible.”

“Gibson bloodied the Jews by portraying them as such villains,” said Foxman. But as the Wrap points out, Foxman doesn’t have the same attitude towards all depictions of the crucifixion.

“The story of the crucifixion and the way it has been used through the centuries has never been good for the Jews,” he said. “Having said that, ‘Son of God’ is the most sensitive, caring depiction of the story of Jesus that I have ever seen. The producers have done everything possible to put the events into historical, political and psychological context.”

According to Foxman, the ADL was met with “Son of God” creators Mark Burney and Roma Downey during the production process. The ADL is even sponsoring a dinner honoring the two on May 8.

But not everyone is as positive as Foxman. In his review of “Son of God” for the New York Post, Kyle Smith was not so enthusiastic about the film’s depiction of Jewish characters (or the movie in general).

Meanwhile, evil Jewish elders lurk in Jerusalem, fretting that Jesus’ antics will cause the Romans to cancel Passover. (As in many movies of this kind, the bad Jews look a lot more stereotypically Jewish than the good Jews.) The editing structure is: miracle, scheming villains, miracle, scheming villains. Though his followers call him “Rabbi,” Jesus here is more entertainer than teacher. Who wouldn’t follow a guy so agreeable, so ready to fix your troubles? “Son of God” is like one of those Good News Bibles that avoids words of more than two syllables.