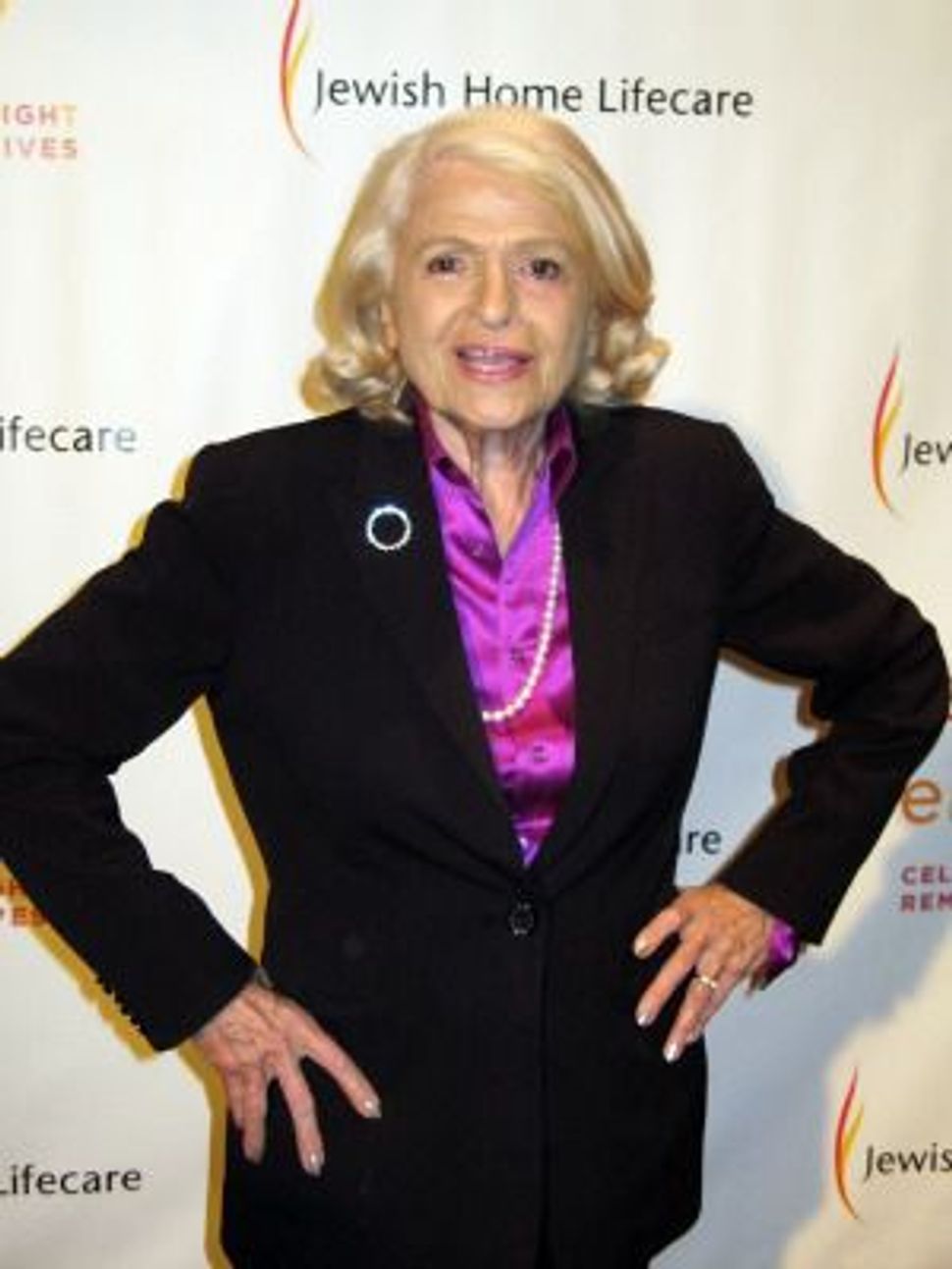 The March 5 inaugural Jewish Home Lifecare “Eight Over Eighty: Celebrating Eight Remarkable Lives” Gala honored octogenarians who proved that life can be a hoot at any age.

In an filmed interview, Klara and Larry Silverstein, president and CEO Silverstein Properties, Inc, revisited their meeting-to-marriage saga. In 1951, Larry got a job at a camp working in a kitchen “which left me with dishpan hands” where Klara was his demanding and “fastidious” boss. An invitation to her parents’ home followed and, said Larry, “It’s 2014 and she’s still my boss.”

His afterthought: “Her father’s attitude was: ‘No chupah, no shtuppa’” had a good sport Klara whisper ‘I hope this will not be in the film. ” After a nanosecond of stunned silence, the 500 guests at the Mandarin exploded with laughter.

President and CEO of Jewish Home Lifecare, Audrey Weiner, said, “Most of us want to age like New Yorkers…. There is not one among us who wants to live in a nursing home. So on West 97th Street, we will open the 20-story Living Center of Manhattan that will revolutionize how we care for those who need our services…We will care for all New Yorkers… whatever they believe and whomever they love…. By 2030 here in New York City there will be more people over the age of 65 than children in kindergarten — one in five New Yorkers. 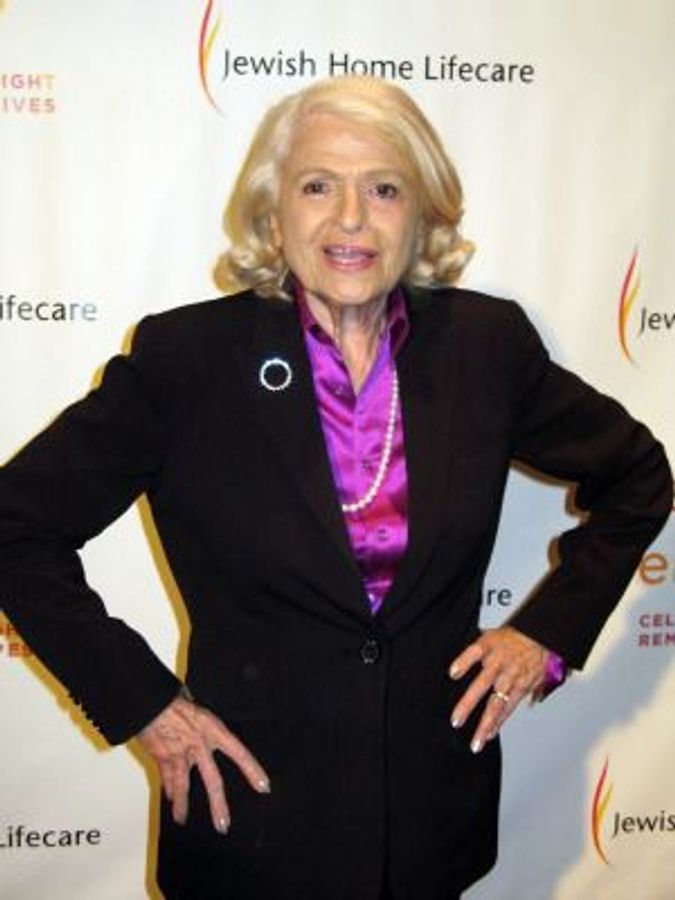 Also honored: Dominic Chianese (whose film credits include “The Godfather: Part II” and “The Sopranos”). A Bronx H. S. of Science alum, he has been performing at nursing homes for more than 30 years. Guitar in hand, Chianese led the guests in a sing-along of the 1926 hit “Heart of My Heart.”

Emily and 95-year old Eugene Grant president of Eugene M. Grant & Co., a real estate investment firm (who still plays a mean classical piano), recalled their meeting at a skiing resort in Quebec, Canada. She was 21, playing a Schumann piano concerto. “He thought I was a nice little French girl and spoke to me in French. He sent a bottle of wine to my table.” He said, “[this] led to my proposing to her 48 hours after we met.” Emily, a chair emeritus of Purchase College (and other impressive credentials) added: “It’s still a work in progress.”

Also honored were five foot tall feisty Edith Windsor who recalled her “love story” with Thea Spyer whom she met in Greenwich Village in 1963. Once a UNIVAC maven who did groundbreaking work at IBM programming languages and operating systems, she changed the course of American history by challenging the Defense of Marriage Act (DOMA) in the Supreme Court — and won. Completing the honoree roster: Joan Wachtler, a trustee of Jewish Home Lifecare, and Richard Eisner, Founding Partner and Managing Partner of Eisner LLP.

Tobi Kahn a painter and sculptor, created eight one-of-a-kind wooden figures to be installed at the Living Center in Manhattan with miniature replicas for each of the 8 honorees.