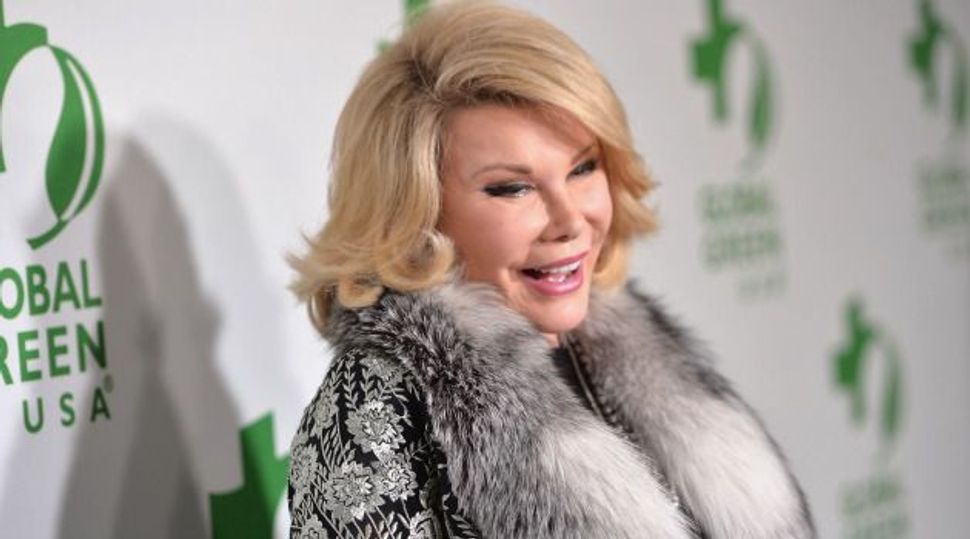 We’re delighted to offer property from the collection of @Joan_Rivers in our April 1-2 Interiors sale: http://t.co/vaQLZwyuE7

Yes it’s true! @ChristiesInc has a selection of items from my CT home in an upcoming sale. Don’t miss out! http://t.co/rSKa0kRoEr

More than 150 items will go under the hammer during the New York sale which will be part of Christie’s interiors auction on April 1-2.

Rivers, 80, sold the house on the 760-acre country estate that also included a caretaker’s cottage last year for $4.4 million.

Highlights of the auction are expected to include a modern upholstered bed in pink linen, which could sell for up to $3,000, a pair of white-painted palm trees with a pre-sale estimate of as much as $5,000 and a collection of 15 animal horn trophies that could fetch $2,000.

“This home was filled with some of the treasure of my life,” Rivers, the 80-year-old veteran of plastic surgery who is known for her snide Oscar red carpet commentary, said in a statement announcing the sale.

Items in the auction range from very personal pieces made by her friends and top furniture makers to objects the Brooklyn-born, raspy-voiced star found while traveling for concerts.

A portion of the proceeds from the sale will be donated to charity.