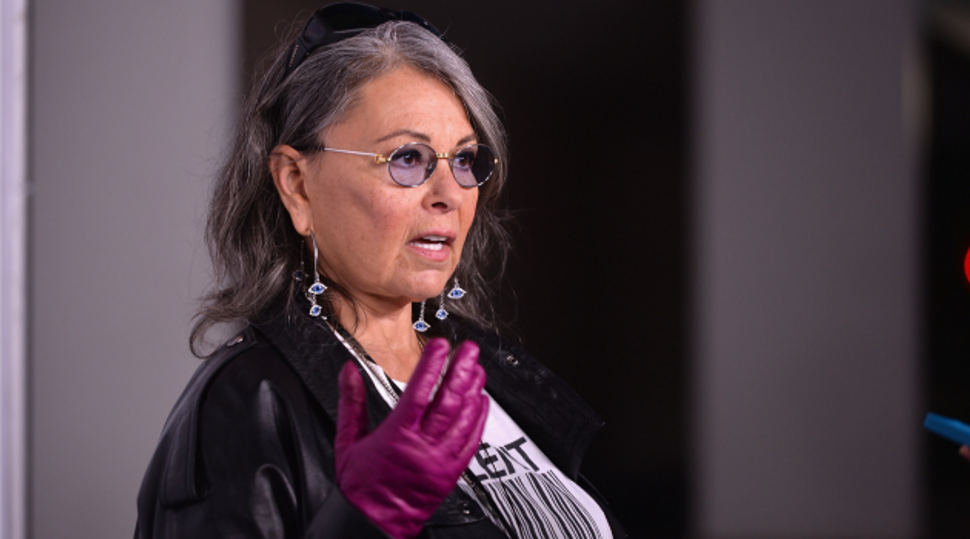 (JTA) — Comedian Roseanne Barr revealed via Twitter on Wednesday she is interested in making aliyah. Here’s what went down: Barr, who currently lives on a macadamia nut farm in Hawaii with her fourth non-Jewish husband, responded to a Times of Israel story about the aliyah organization Nefesh B’Nefesh with this tweet.

Next, Nefesh B’Nefesh chimed in.

@TheRealRoseanne Hey Roseanne, are you interested in making Aliyah? We can help!

Then, according to The Times of Israel, the two parties actually did chat via direct message.

The star of the hit sitcom “Roseanne” and 2012 presidential nominee was raised by Jewish parents in Salt Lake City. While she was influenced by her Orthodox Jewish grandmother, her parents kept their religion secret from neighbors and had connections to the Mormon church. For more details on her truly fascinating, stranger-than-fiction life (alleged incest, brain injury, adoption, and more), check out Barr’s autobiography.

It has just been reported that Barr is being sued by the parents of George Zimmerman for tweeting their address, which could possibly help to put this whole aliyah thing into perspective.